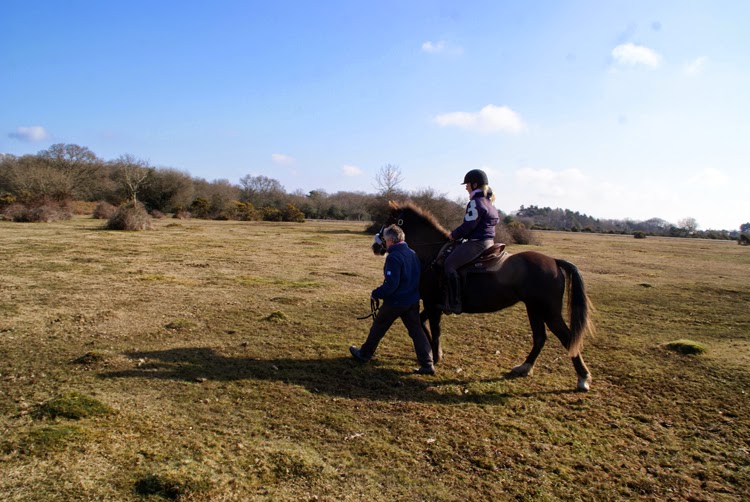 Nothing new today. Tilly went out for her longest ride yet and was somewhat forward going to begin with but became more settled the further she went. 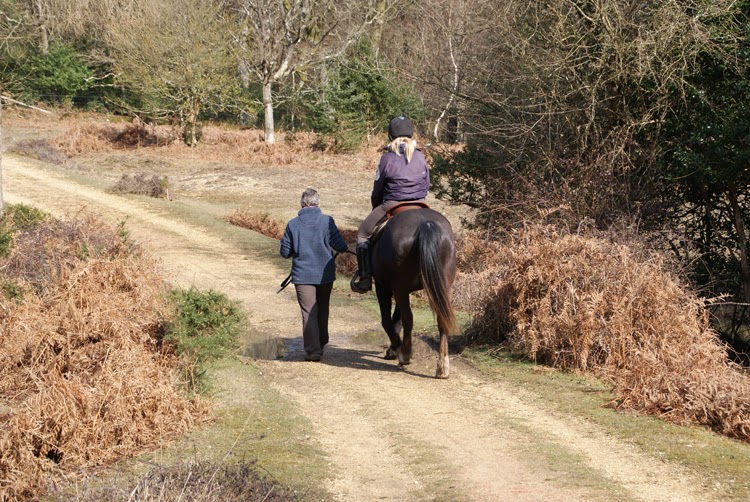 By the end she was off the lead rein again. We always tend to walk the final bit...here she is going straight through the middle of the wild Shetlands. 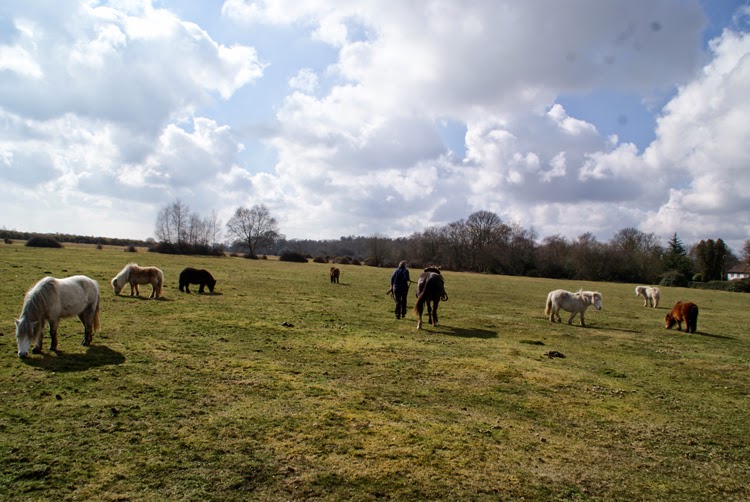 Nelly said that watching all this work was really quite tiring. 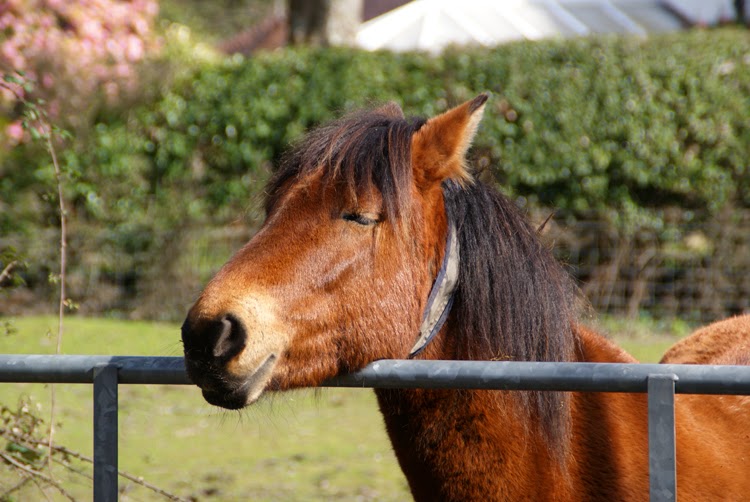 Next it was Nettle's turn to go out and he is learning to put his head over gates too so that his rider can reach the gatecatch easily. 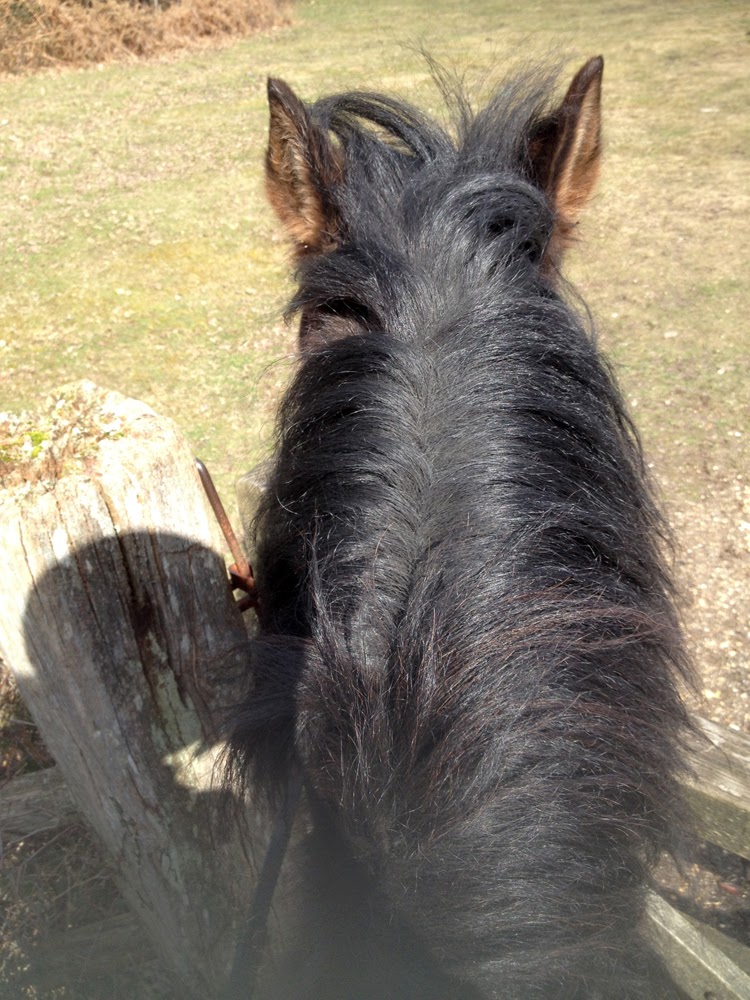 He and Jodie arrived home just as Tracey and I were riding around the field... 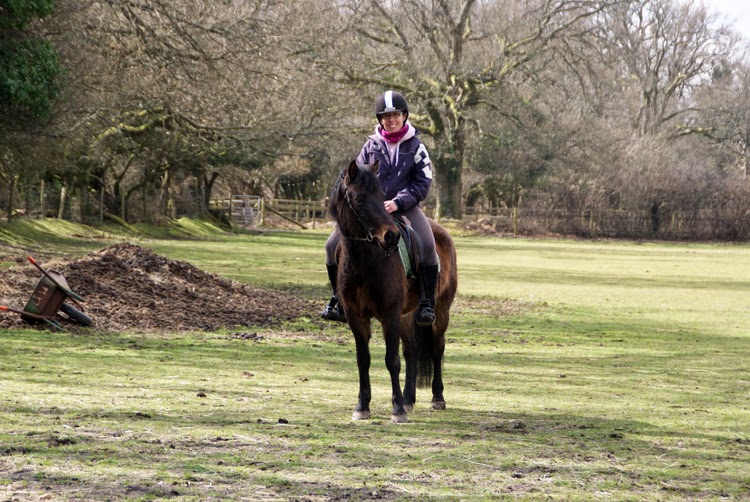 ...on Theoden and Bella. It won't be long before Tracey is riding her out. 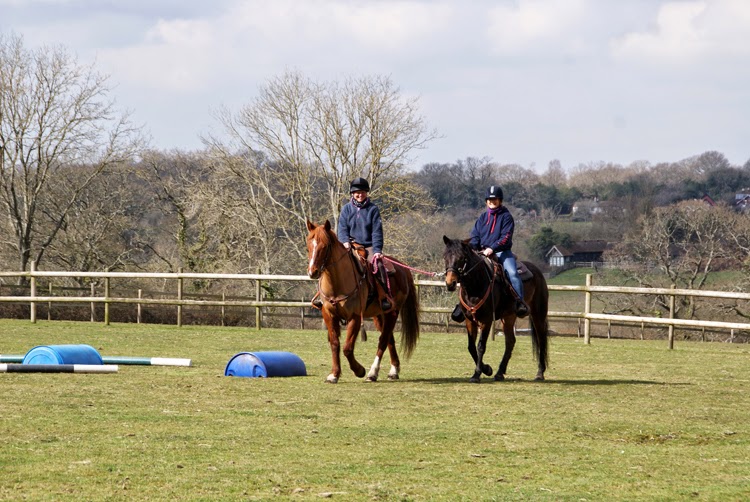 Then, up to the pub again with Jack and Nettles. 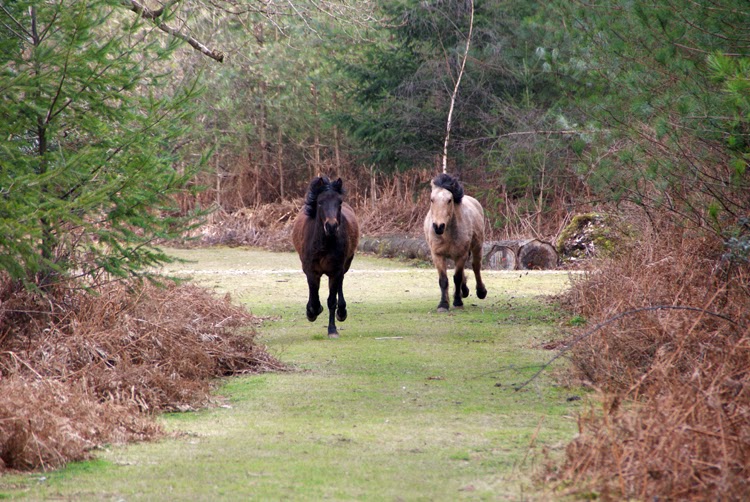 The wild ponies were a bit surprised... 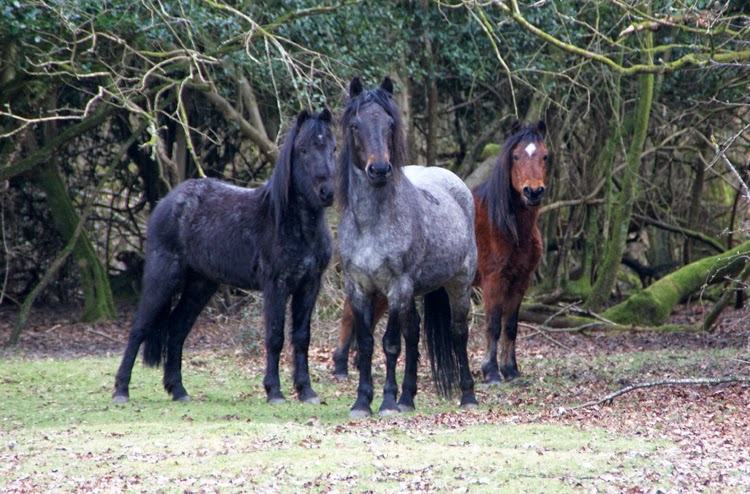 ...but the deer were pretty calm. 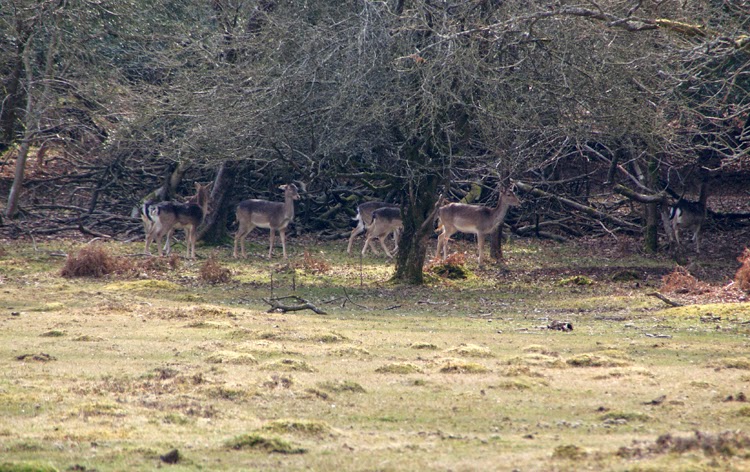 Jumping on the way home. 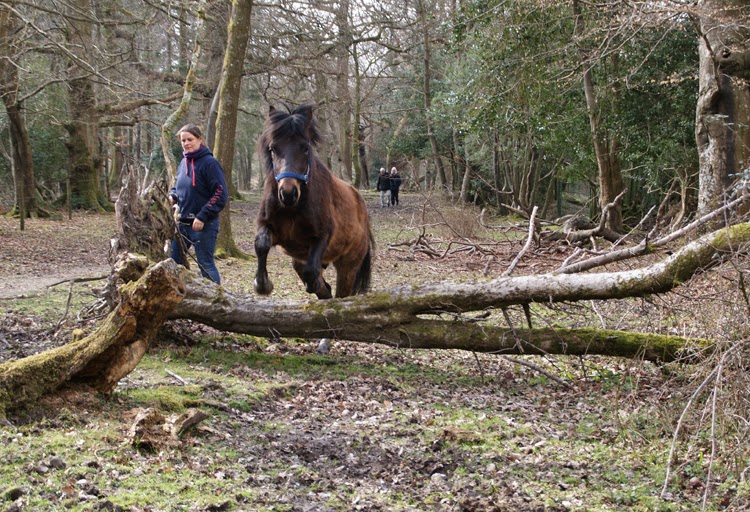 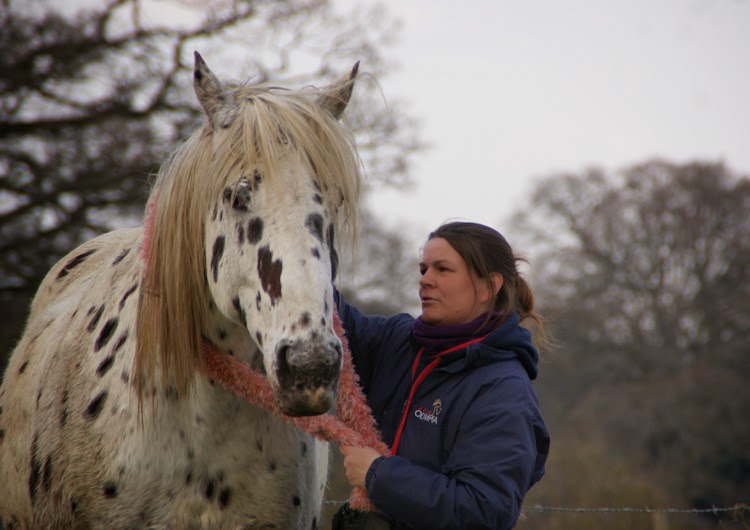 Last stop of the day, a return visit to Castillo. He is really mellow now and let Tracey and I take it in turns to catch him. 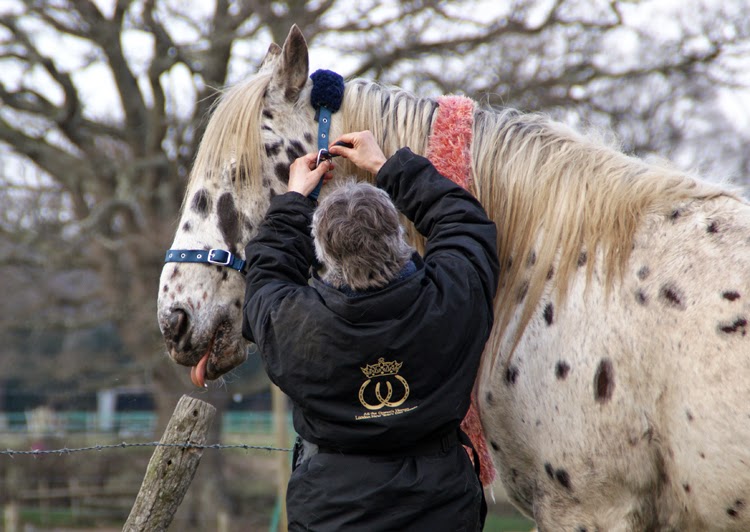 When his owner arrived he was keen to be caught... 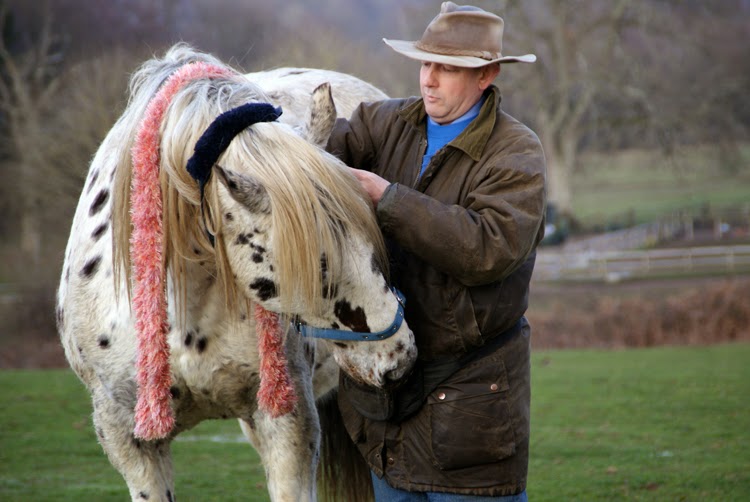 "Oi, Dad, where are you going with that headcollar?" 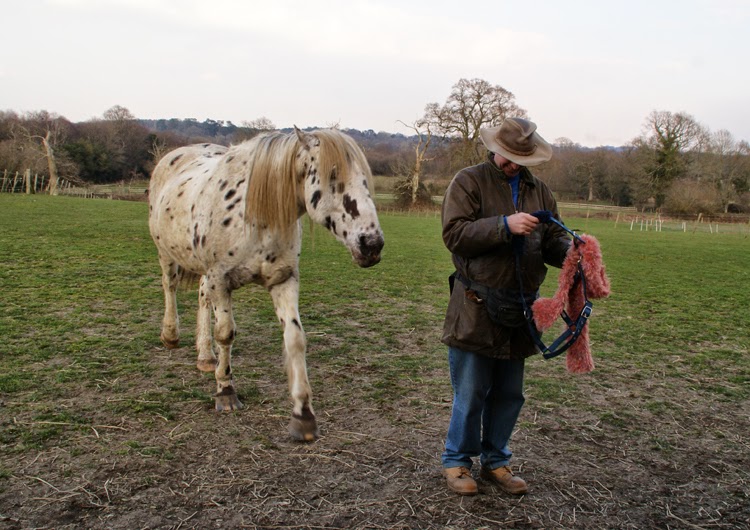 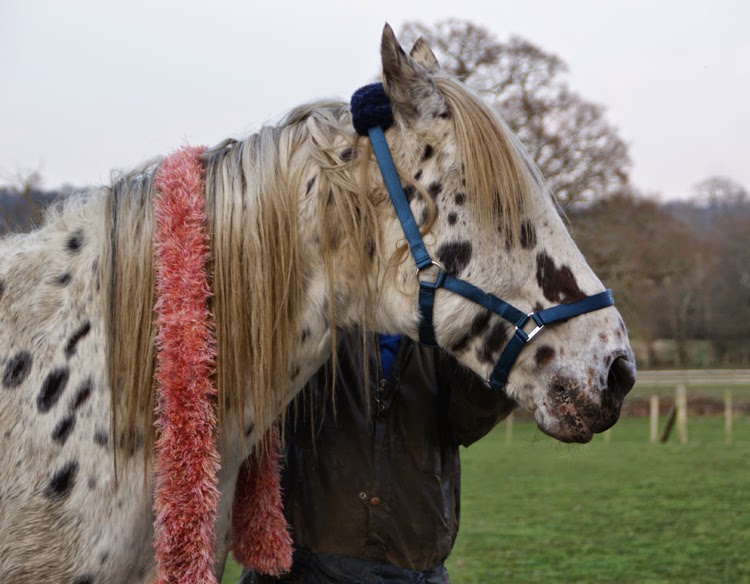 It's obviously all very tiring not being chased around the field. 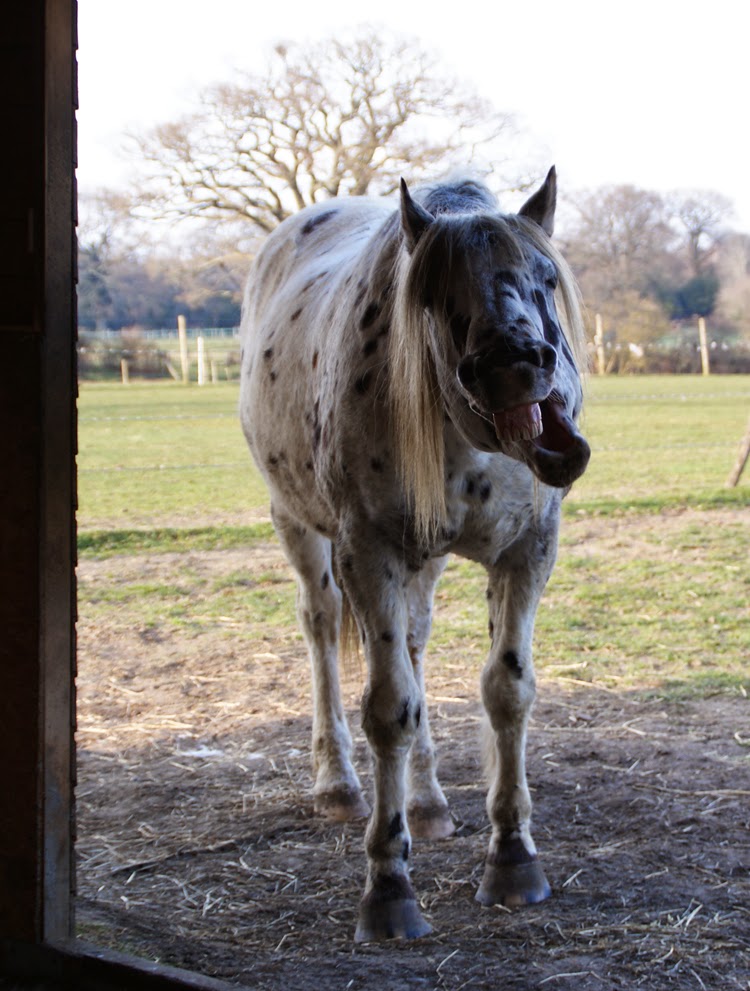