Tilly was out and about again this morning and ridden on the bit (not 'on the bit') the whole time and off the lead rein most of the time. Training young horses is like building a cobweb, one main strut one day and then a cross-thread another. 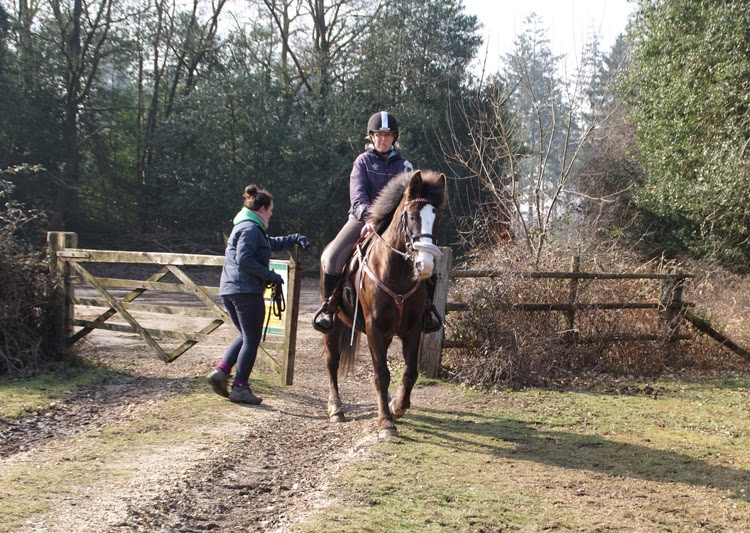 Nettles worked in the field today giving Jodie a chance to work with some 'maybes' instead of instant yeses. For some reason he was quite happy to stand on the end of the bridge and didn't want to get off! 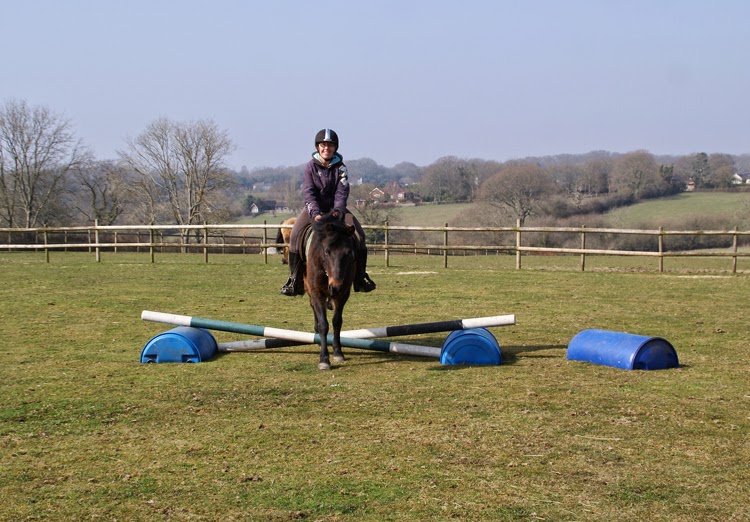 although he does it even better without any weight on his back! 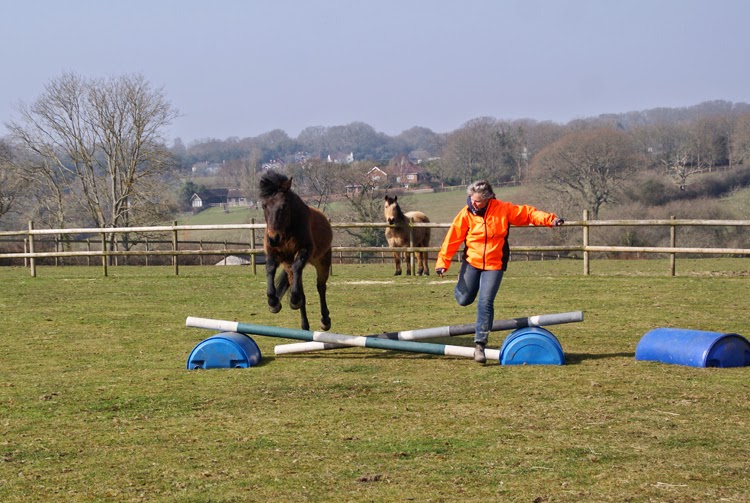 Even Jack had a saddle on today. At seventeen I don't think we'll ever be riding him but he has too many other skills for us to worry about that. 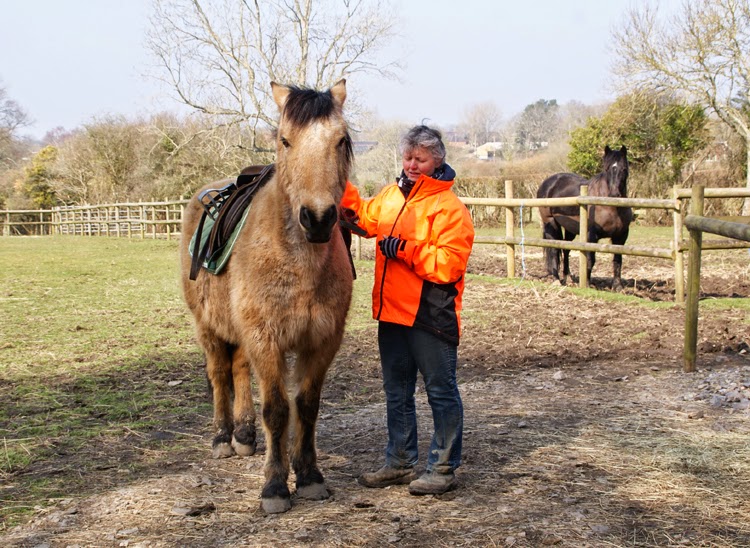 Theoden thought he might be late for lunch again... 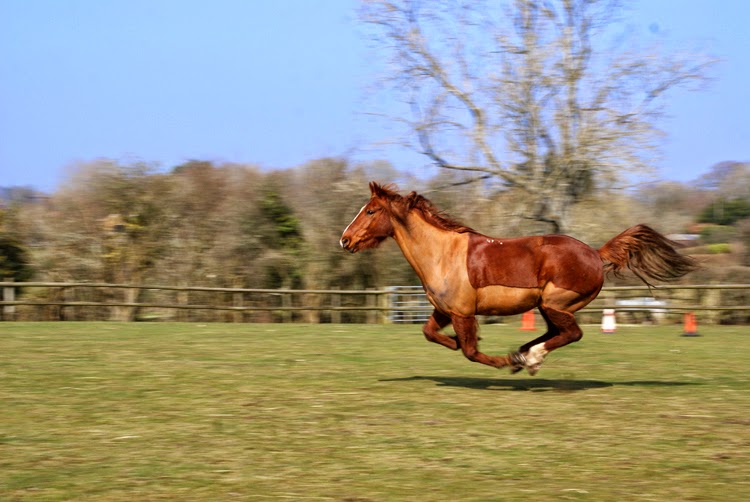 ...but Bella was a bit more sedate having gone out for her longest ride yet. She did some roadwork for the first time and was fantastic in the traffic. 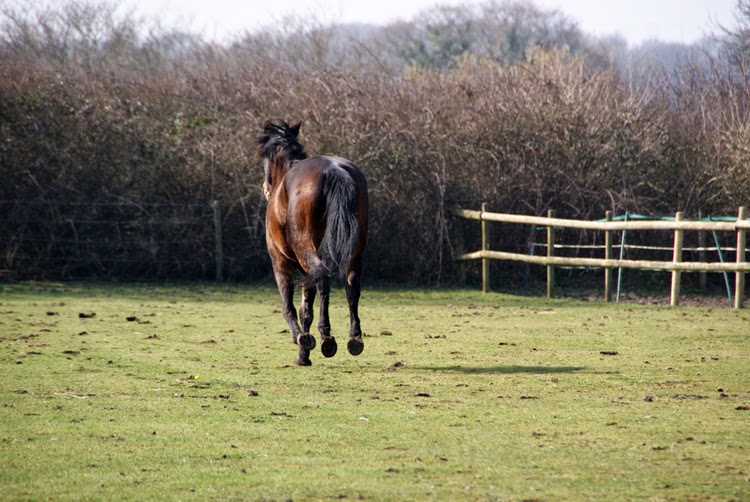 This afternoon it was off to Hillstreet to see Teresa and her two semi-ferals again. Crystal accepted my hand on her right hand side immediately. 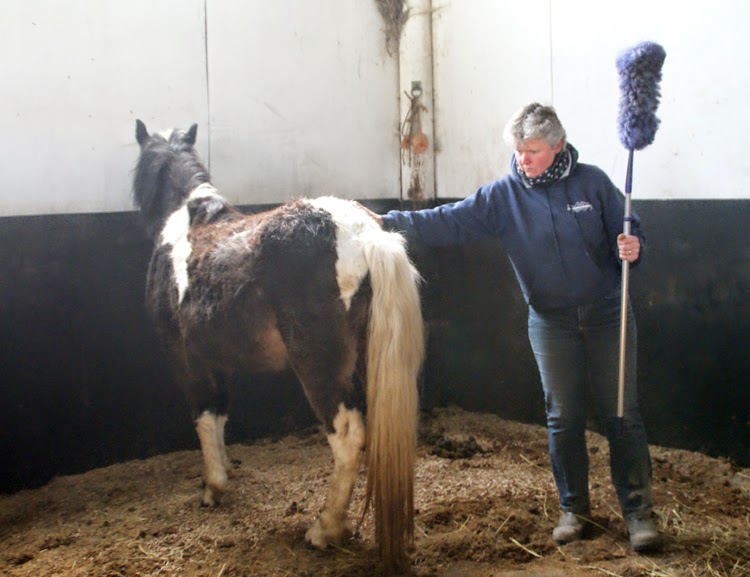 She also seemed to enjoy having the feather duster all the way up her neck. 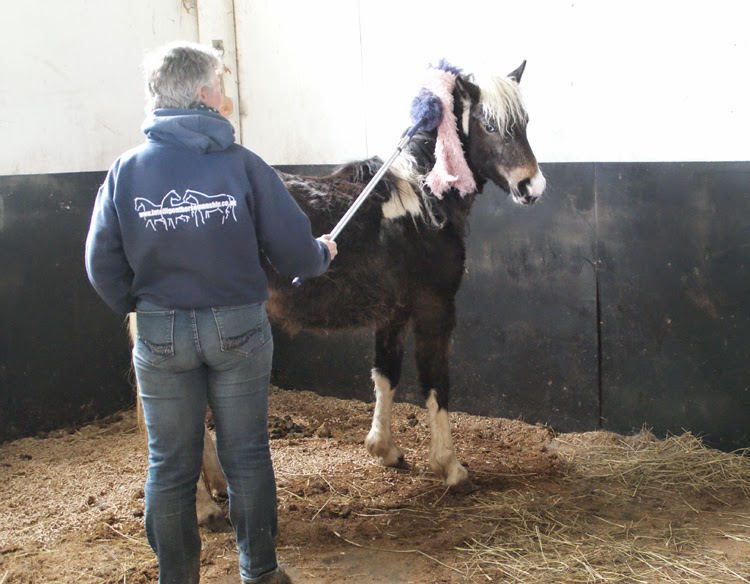 I was soon able to lay the scarf across her neck and to start rubbing her left hand side. Last time she was extremely wary of anyone on her left. 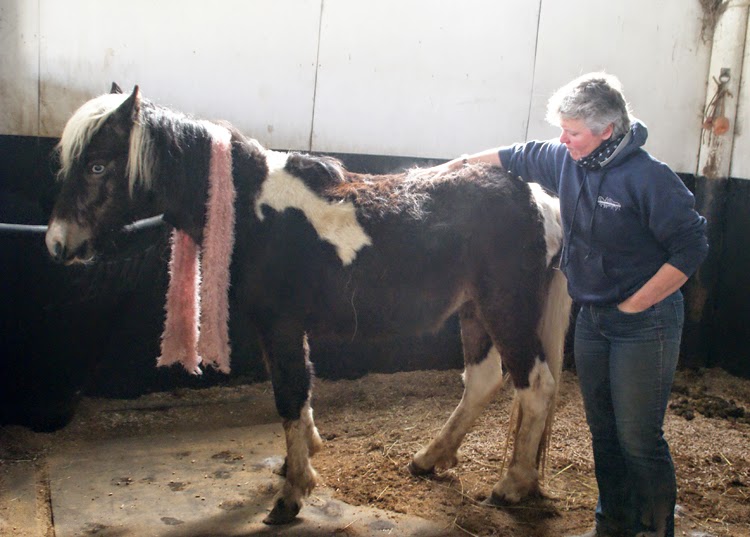 I was pleased to be able to start touching her face both with the scarf and my hand. Either this pony is just incredibly sensitive about her face or someone has tried to put a headcollar on her before and either failed or forced it. 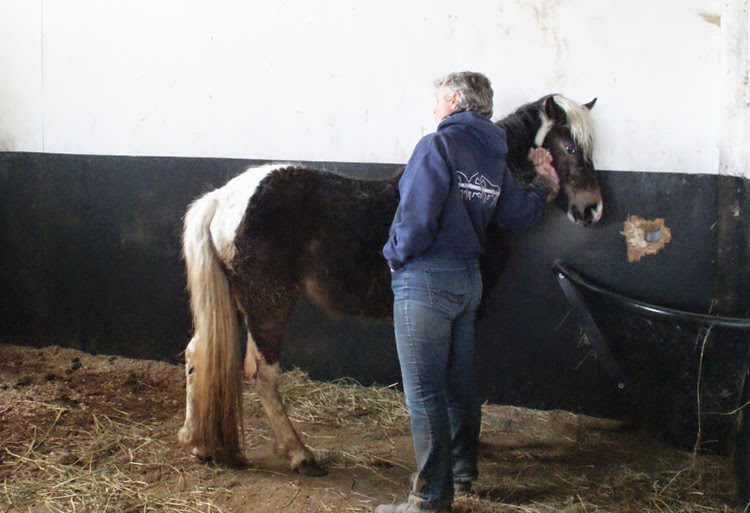 It looks rather fetching... 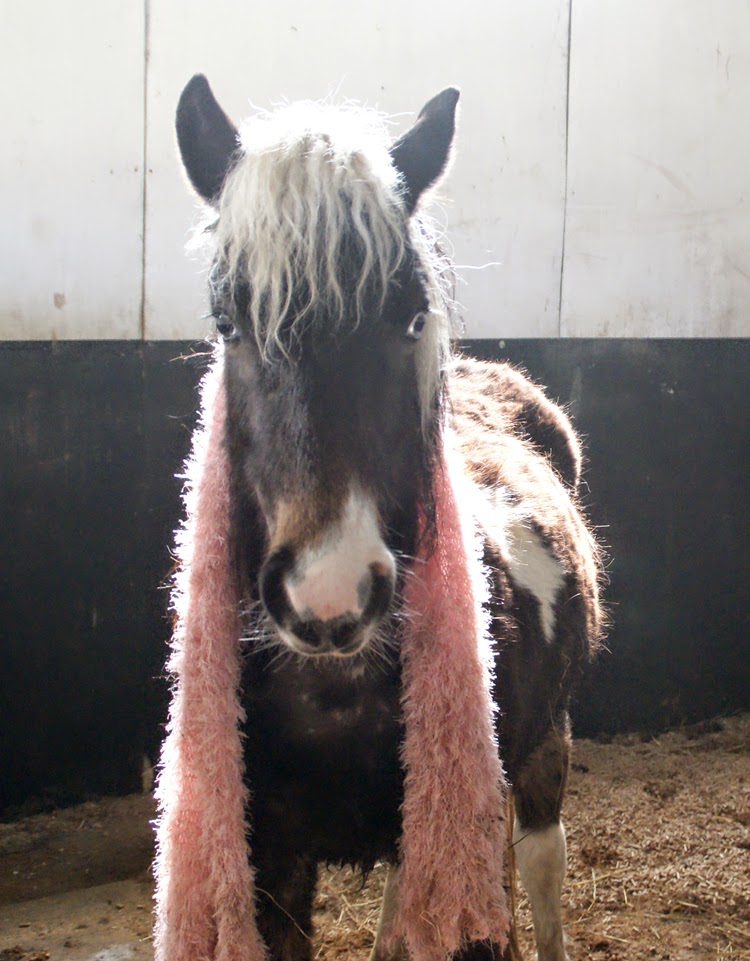 A quick hello to Kerenza and friend Poppet who were outside. Kerenza is happy to be approached and headcollared outdoors now. 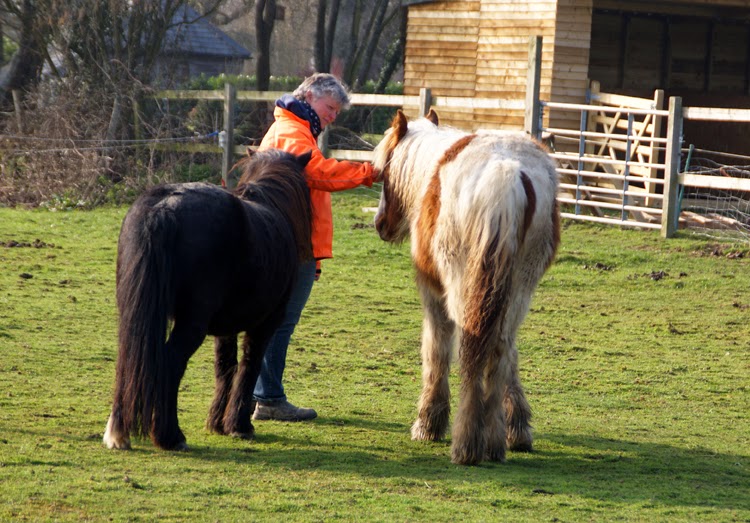