It's impossible to hate Mondays when the three youngsters were all doing so well this morning. Tilly was ridden with the reins on the bit for the first time, went off the lead rein and went forward on her own in walk and trot. 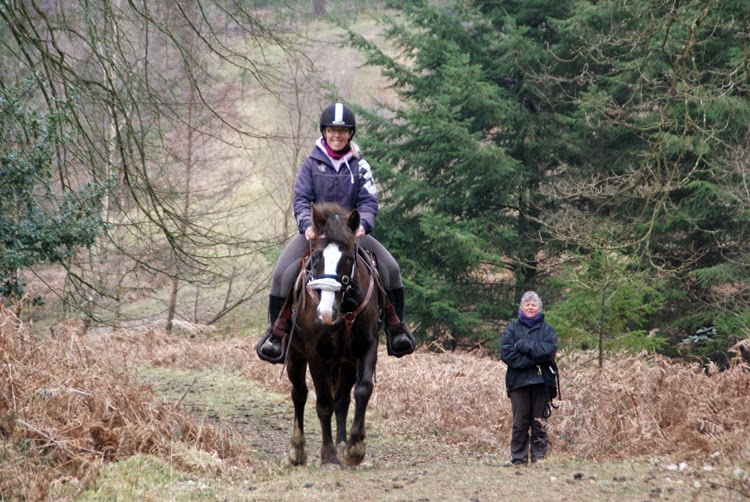 Nettles went out on his own again and was as good as gold. 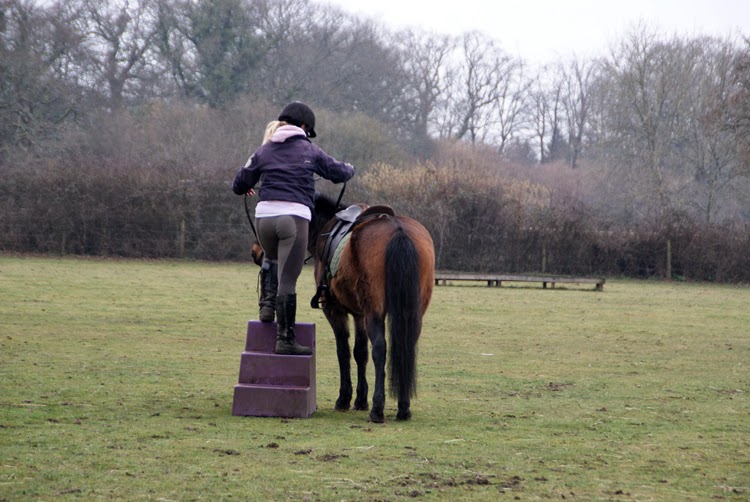 Bella went out with Theoden with no one on the ground. 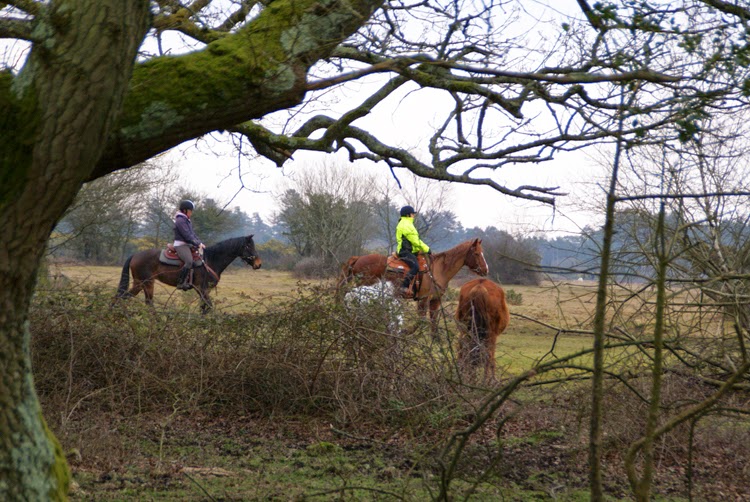 Later Theoden thought that he might be late for lunch... 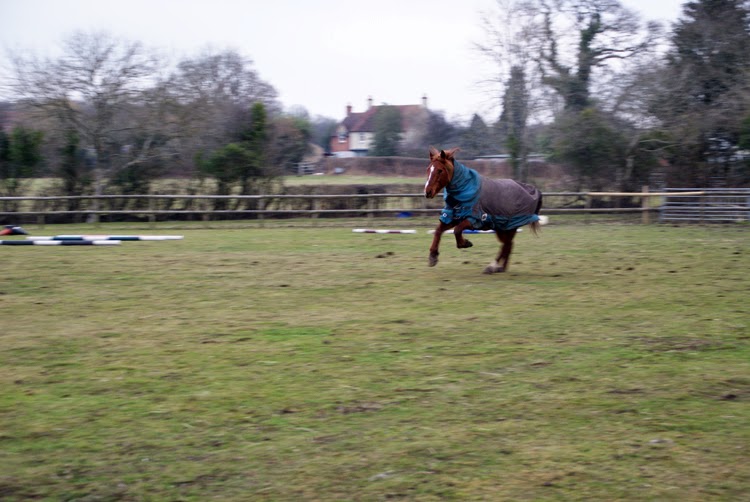 With three hours to kill before our next appointment we thought we'd take the ponies for a pub lunch. 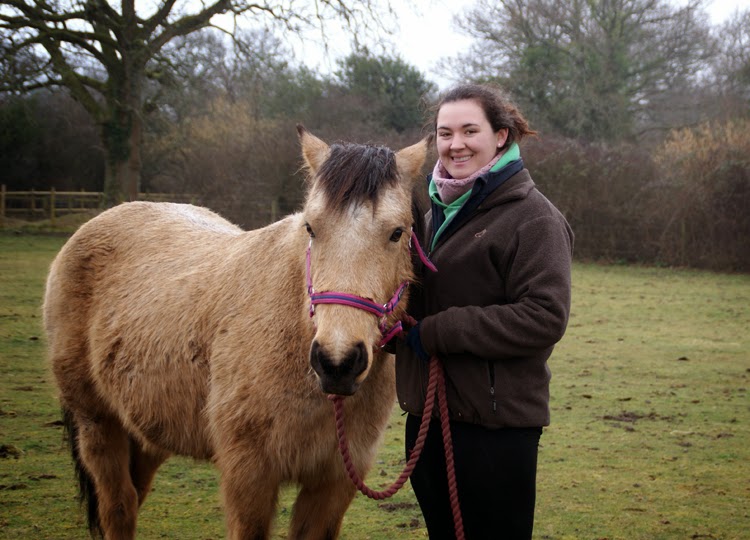 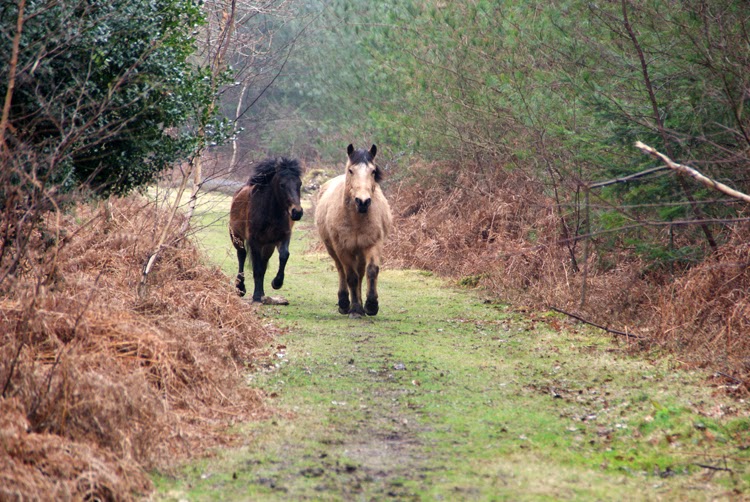 The Royal Oak has a pony pound where you can park your pony while you eat. 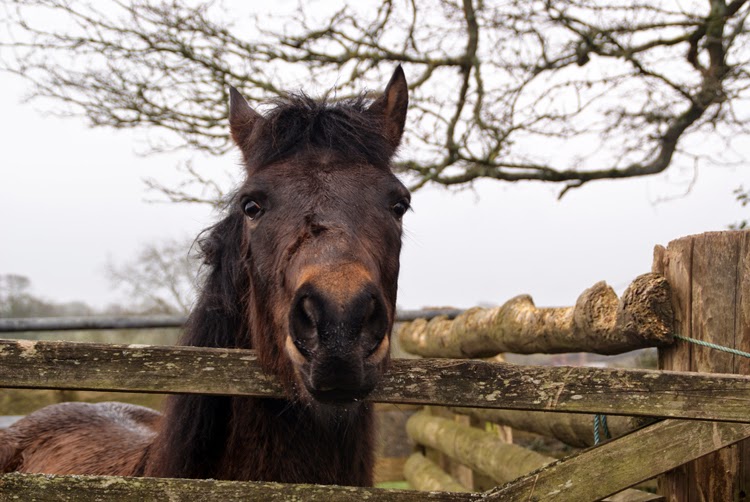 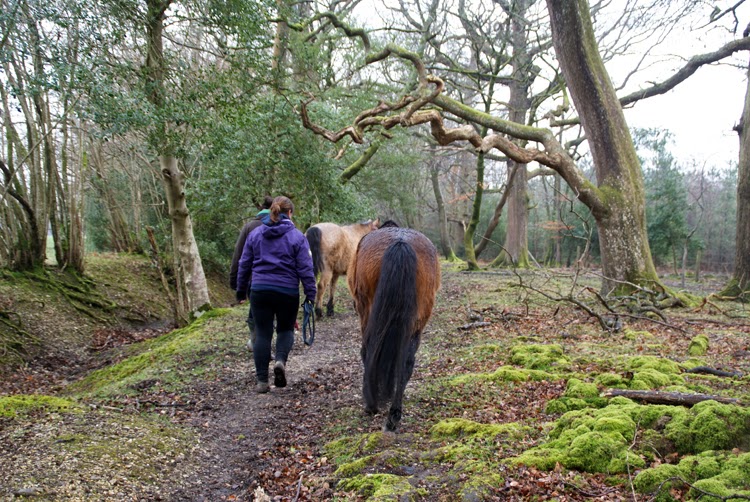 We went home via the driftway and bumped into Nelly. 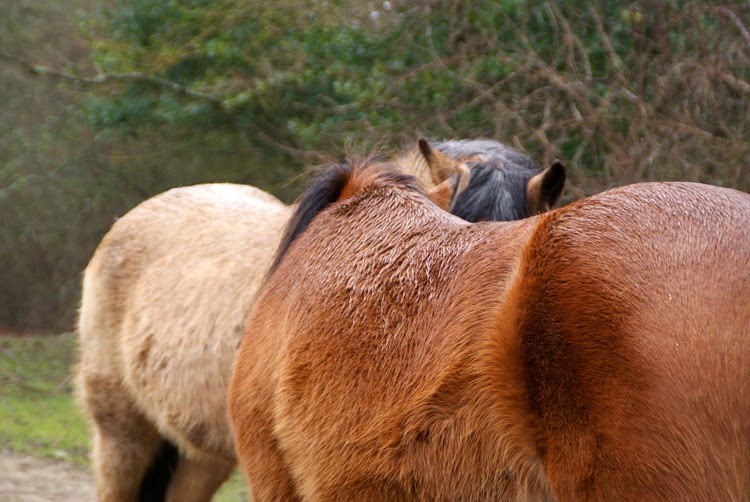 I have to confess to saying a little prayer to the Horse God on the way to Castillo this afternoon. He may have allowed me to touch him last time but his own headcollar and rope were a cue to leave at speed. He started off being wary again but we soon got back to where we left off last time. 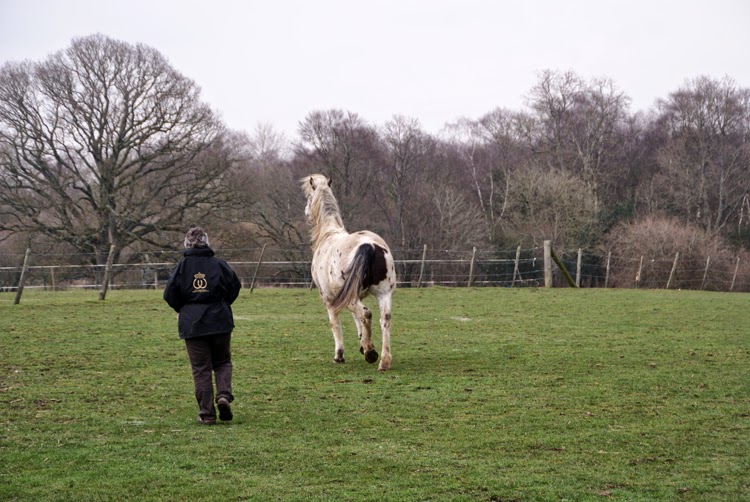 He wasn't at all sure when I produced a soft scarf from my pocket either but I persuaded him to touch it in exchange for a click and a treat. 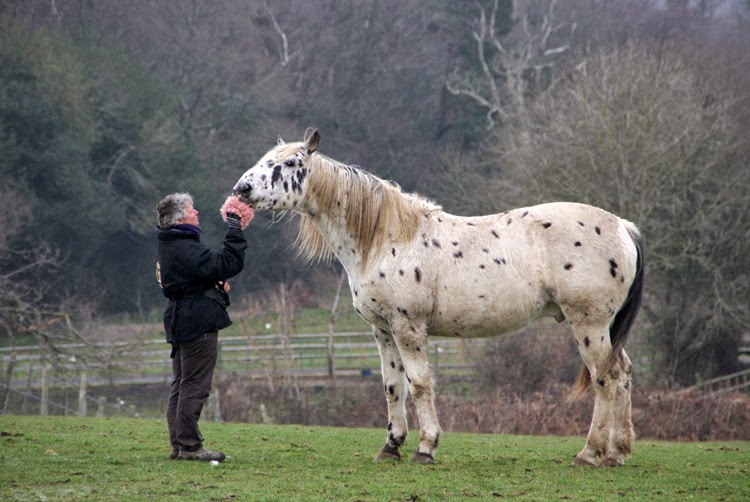 Then I began to polish him with it. 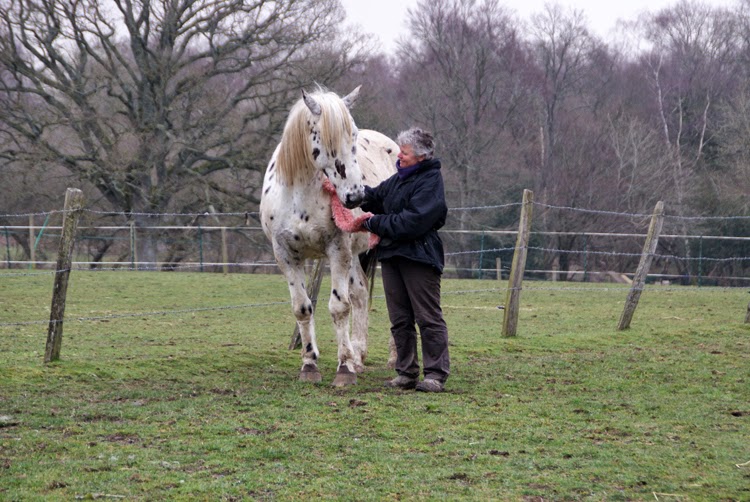 Eventually he allowed me to pass it over his neck. This was a major milestone given that he normally runs away when a rope is passed over his neck as a precursor to catching him. I wanted him to be able to see exactly what I was doing so that I was sure of his consent. 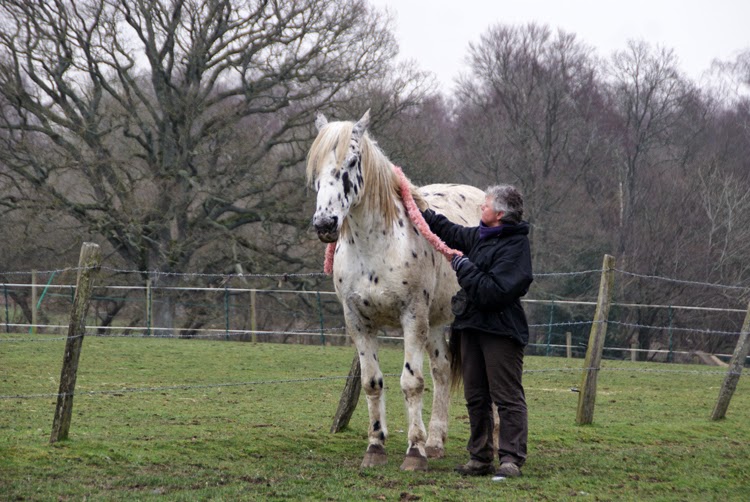 Next I held it very lightly under his neck. 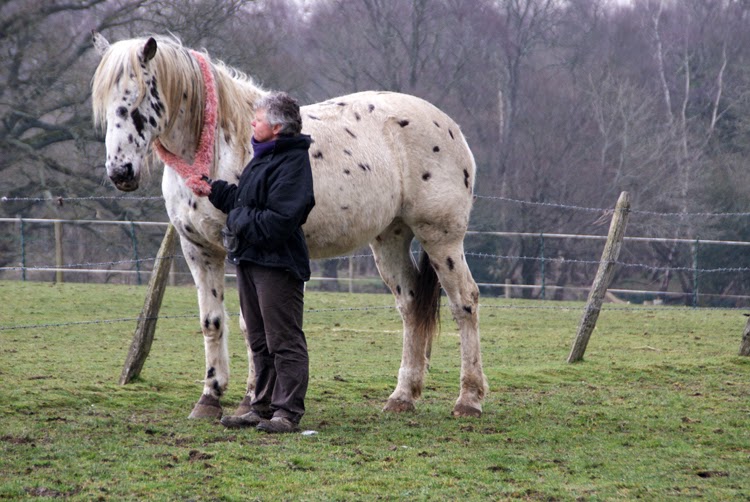 Every so often I changed what I was doing and caressed his face with it instead until he would allow me to encircle his nose with it. 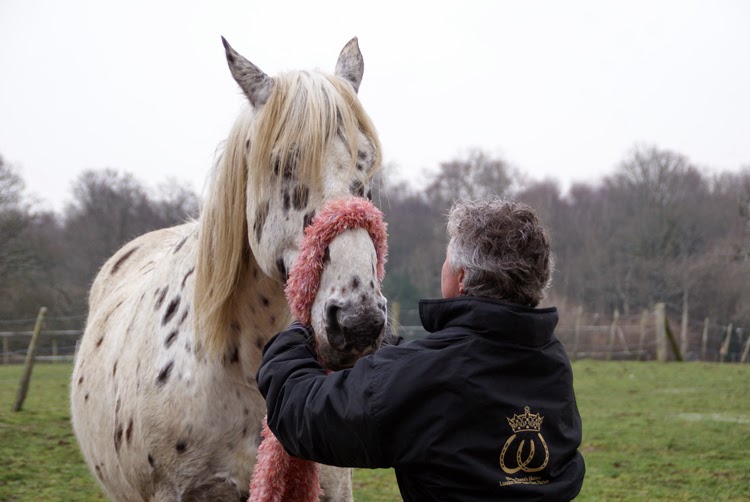 Then it was just (just!) a matter of putting the two together, forming a soft figure of eight around his head. 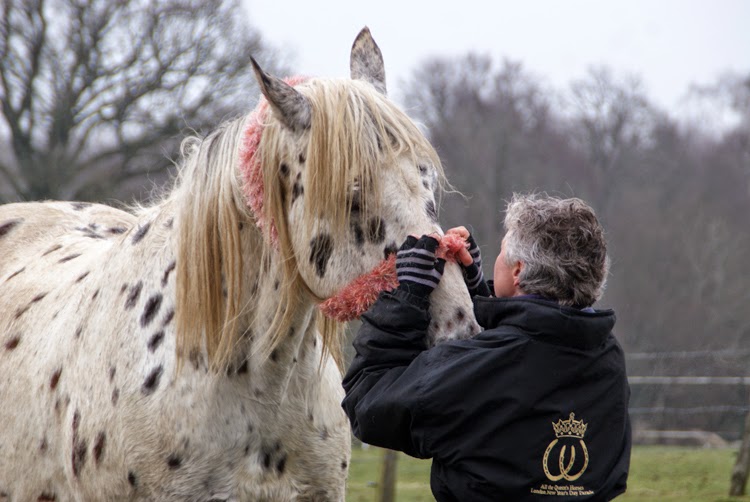 And finally I asked him to move towards me with just a gentle pressure around his neck. 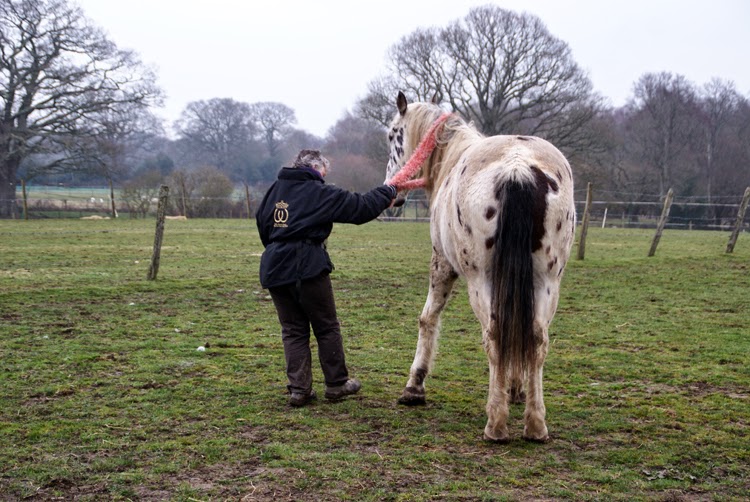 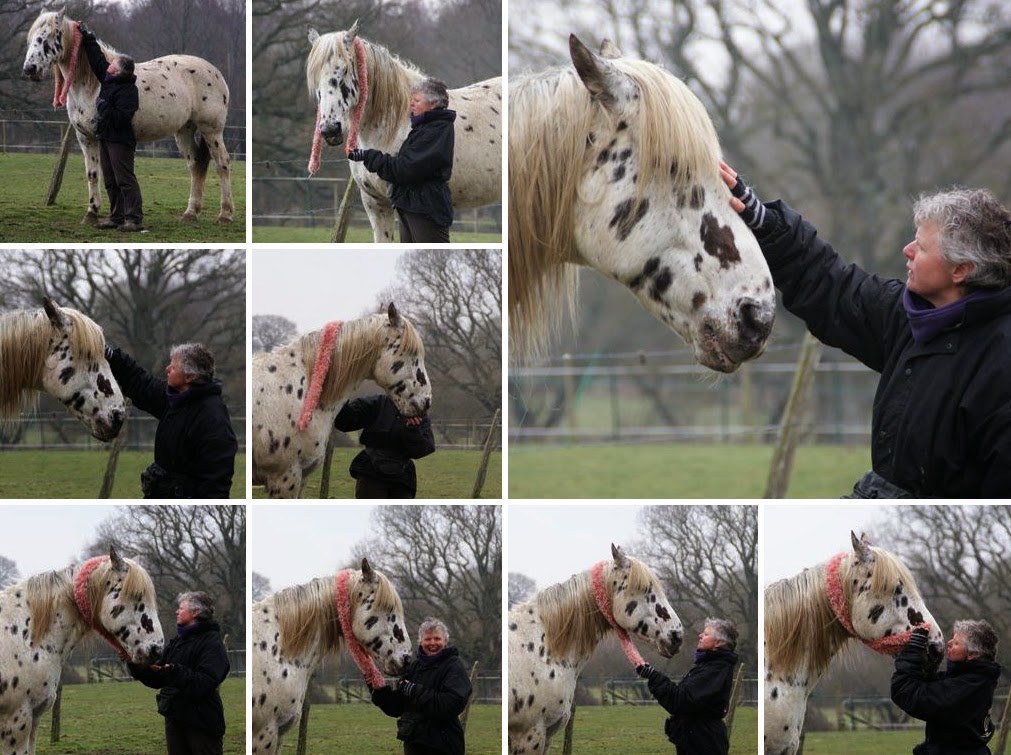