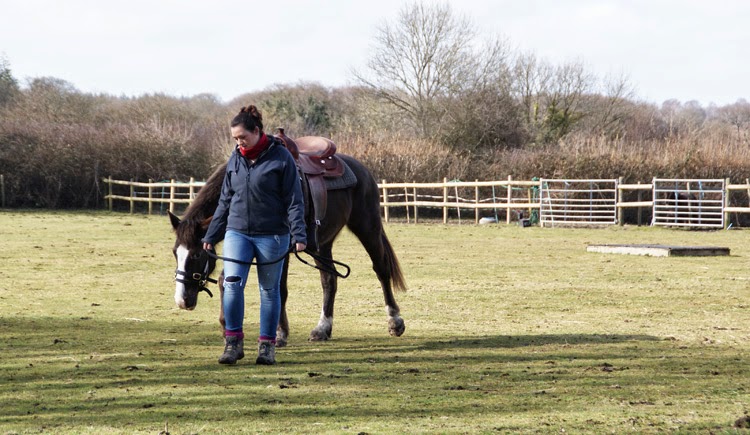 We put the Western saddle on Tilly today in preparation for her next ride tomorrow. She was completely unfazed by it, dangling stirrups and all. We took her out for a sunny walk and took in all of the sights and sounds. 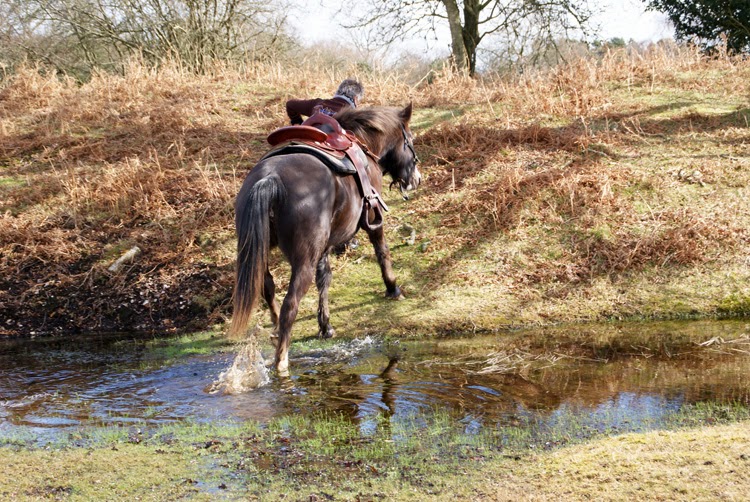 At the top of the mound she became transfixed by the sight of a little coloured pony. I took the great advice that I heard given by Mark Rashid that you should always work with what you have got on the day and at this particular moment I had a horse that was frightened of a black and white pony... Nothing for it but to go and have a proper look and to work and walk through it until she was no longer concerned. 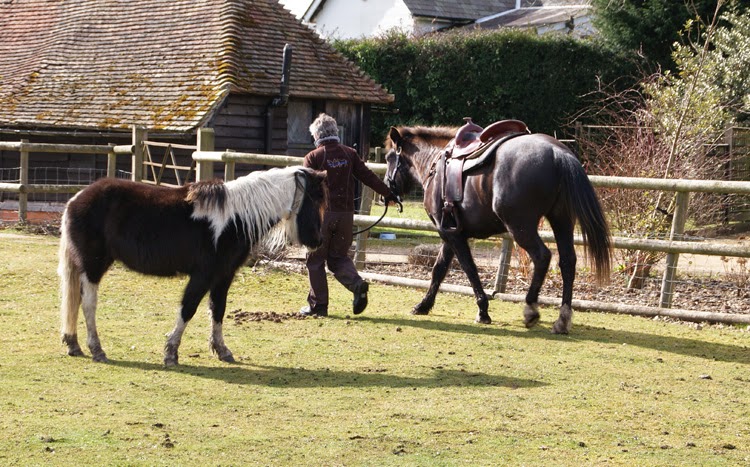 If you don't resolve things in the here and now there is always the risk that the horse has been sensitised to the stimulus and will be even more worried next time. It can mean that there is a hole in your training and you will be forced to go back and deal with it again at some time. 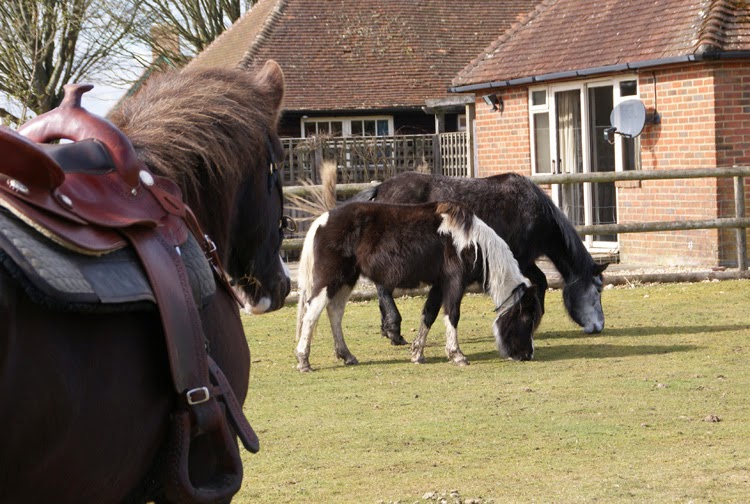 Here I am asking Tilly not to overtake me. It may not seem important to correct an overtake like this but it means that the horse is ignoring and pushing through a boundary, something that will re-appear in ridden work later down the line. 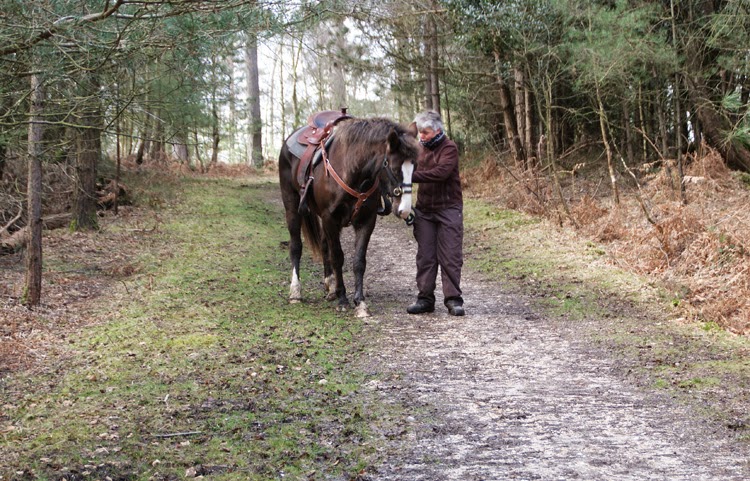 It seemed a good opportunity to introduce her to a 'teepee' since children are being encouraged to buiild these in all sorts of woodland. Jumping a log may not seem all that exciting anymore but we now have dangling stirrups to contend with. Examining vehicles in the car park - Tilly doesn't seem to have any worries about high sided things at least when they are not on the move. 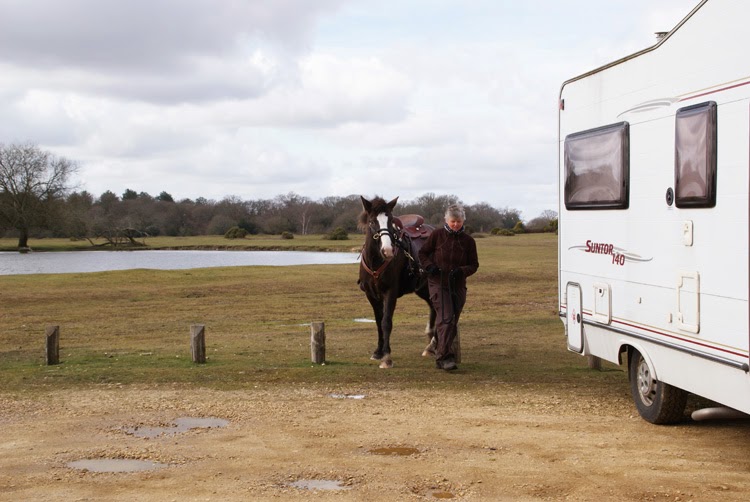 We didn't manage to cadge a lift home. 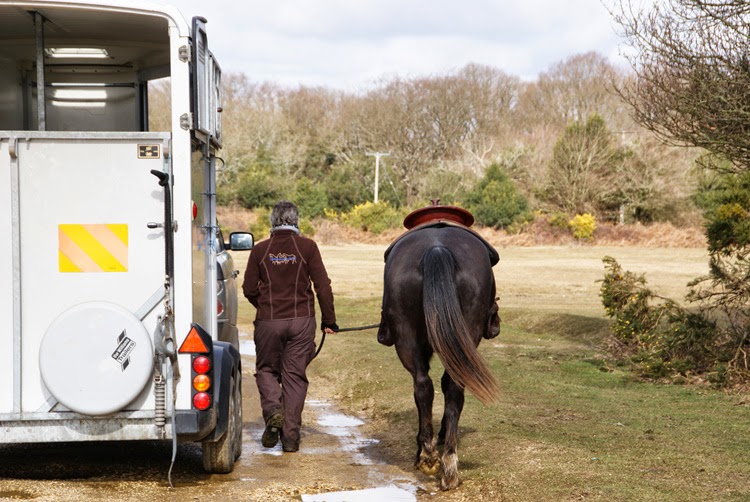 As we had a quiet day, we thought we would shake off Jack's cobwebs again. We didn't take the hint on the bench that he found since his grammar was a bit poor. 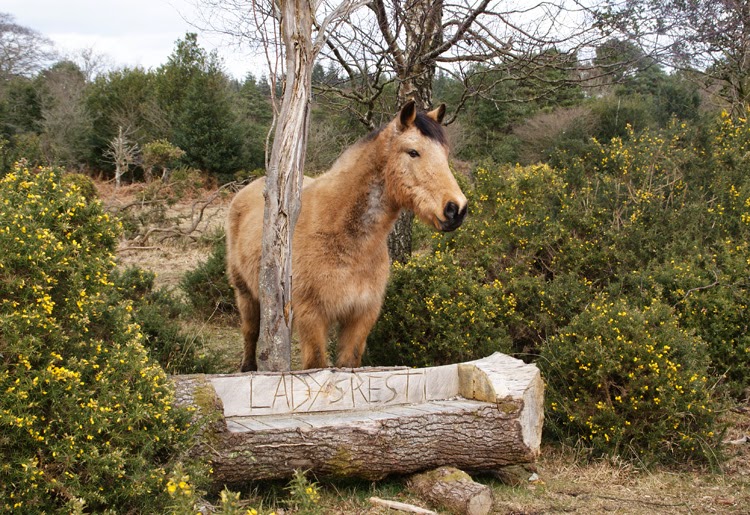 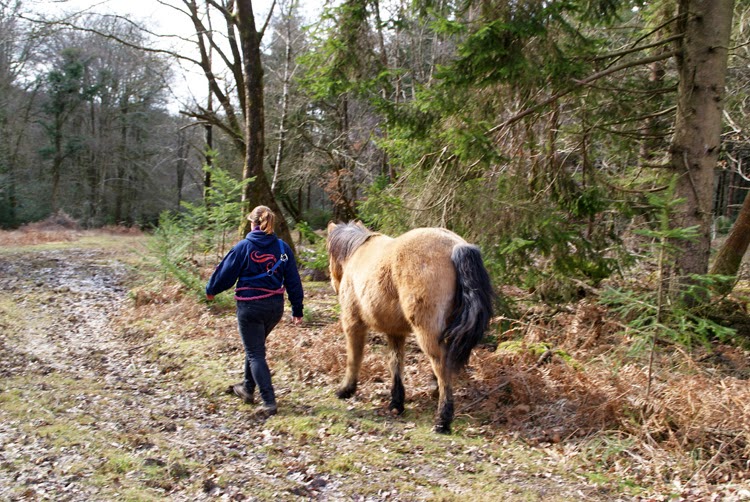 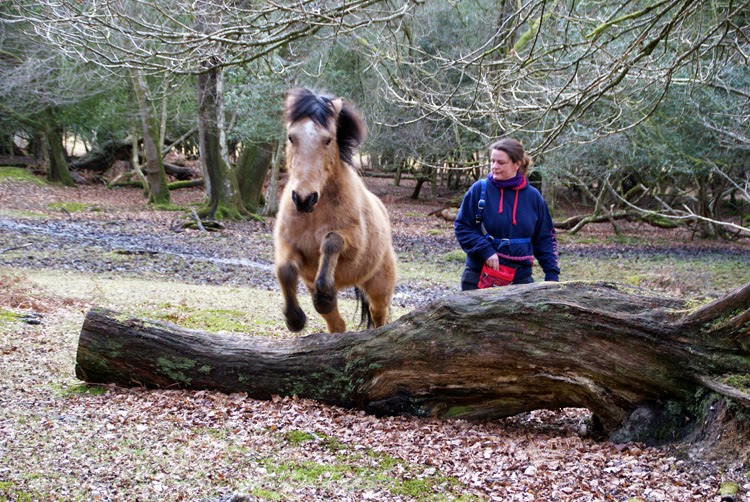 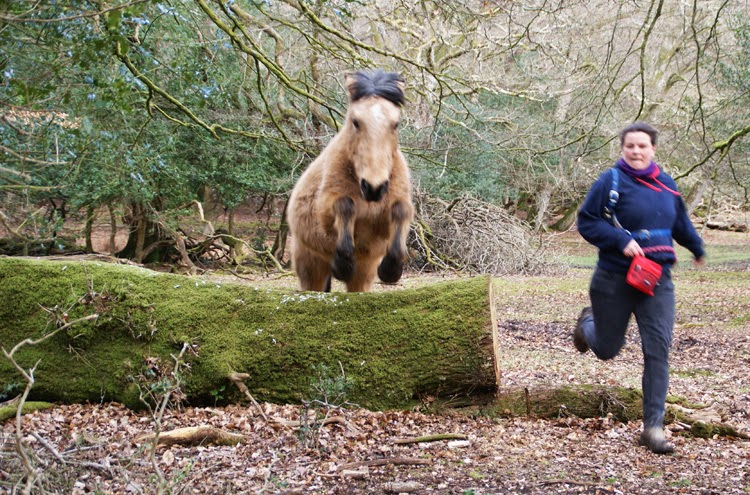 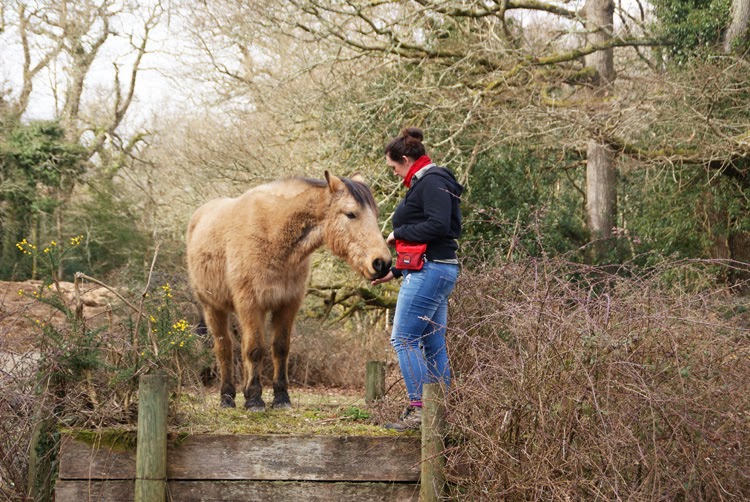 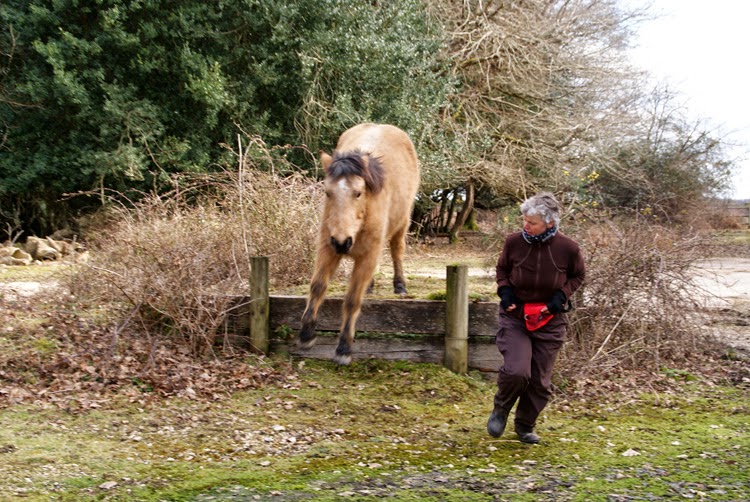 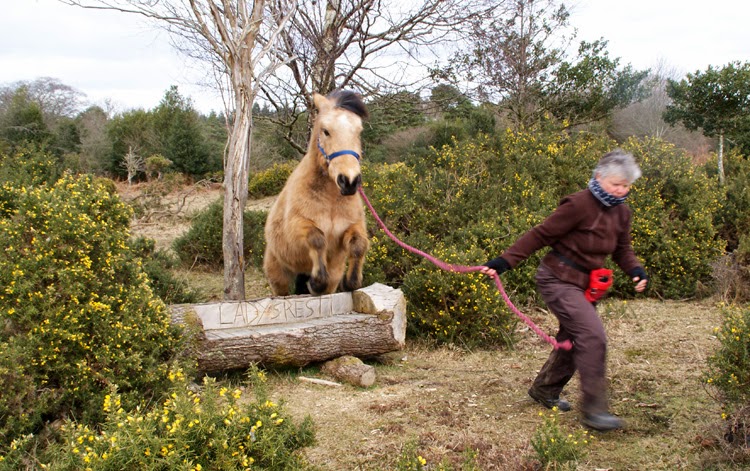