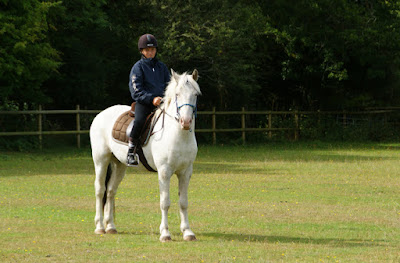 This splendid young man and his splendid pony, Rory, came for some loading training at the fields today. His pony loads without hesitation at home and yet absolutely refuses to load to come home. Any thought that it might be the trailer is dispelled by the fact that as soon as he is at home he will load again straight away. 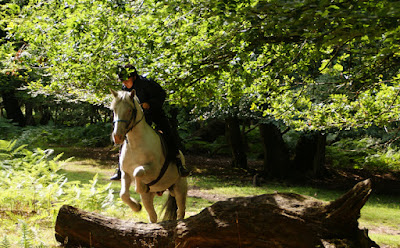 In order to make the situation realistic (and it worked!) we took Rory out for a ride around the Forest before we asked him to load to go home again. He loves jumping and took all of the logs in his stride. 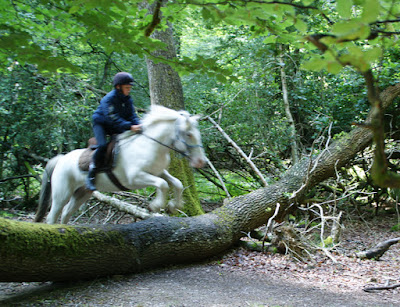 He had a run up of about three strides for this. 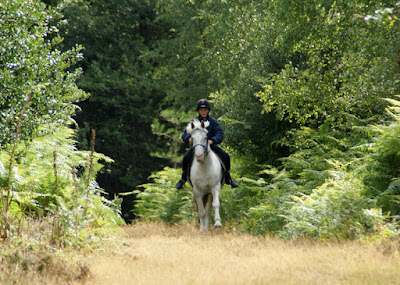 He also had a lovely canter in the inclosure. 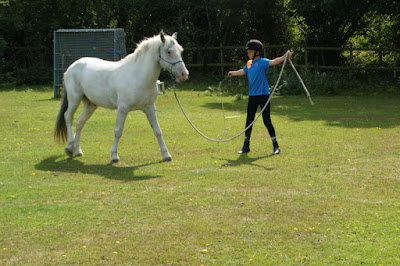 This is the cue which at home sees him trotting into the trailer... 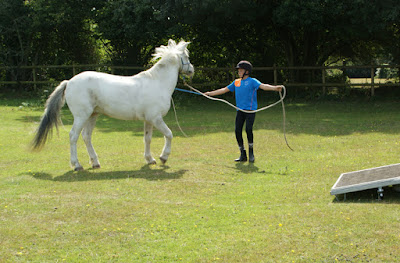 ...but away from home it has him trotting in the opposite direction. Much to my approval his owners are not prepared to escalate the use of the carrot stick or rope. 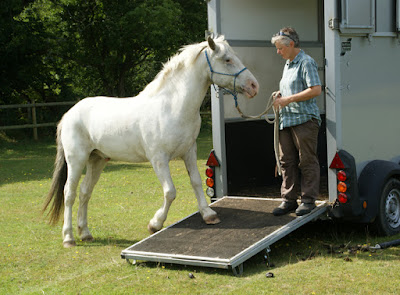 Although he will follow a pressure on his head, he has a well established pattern of going over the side of the ramp. 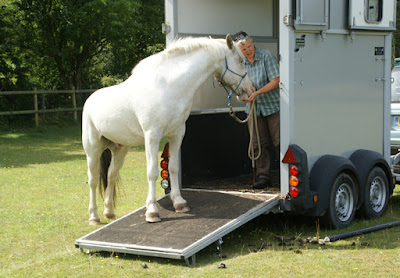 Even when his head is saying yes, especially to the clickered treats, his feet are saying no. Increasing the pressure with the Western halter or a Dually results in him pulling backwards. 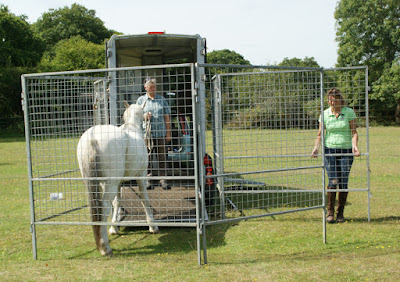 Instead of practising his 'no', we enclosed him with the panels...simply a container before the container. 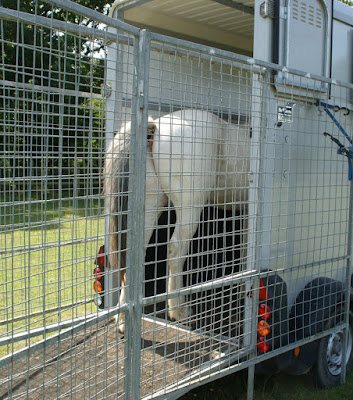 It took a little while for him to go in the first time but after that we never had to enclose him again. 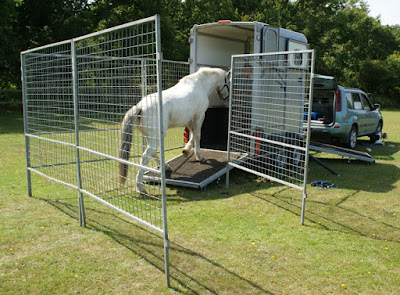 He started to flow in... 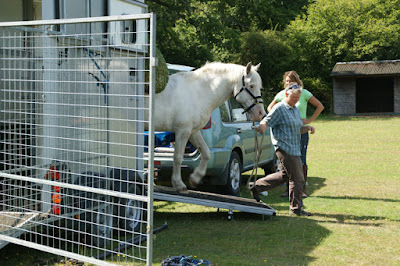 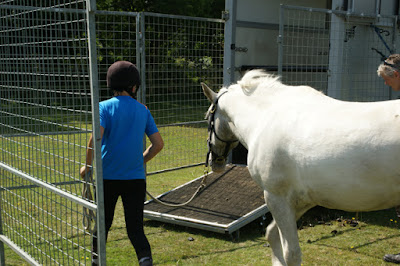 His rider took over from me and we started to put the back bars and ramps up each time. 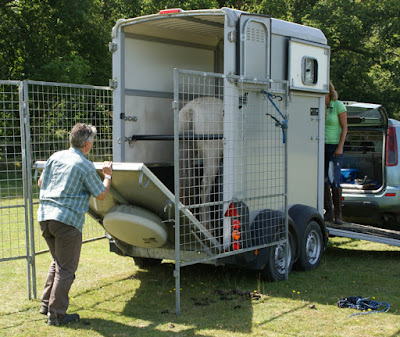 At the same time we took one of the panels away each time... 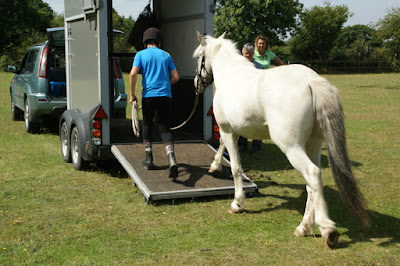 ...until there were none left. Just his ears show a little thought about going off the side again... 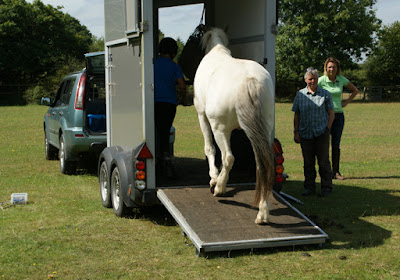 ...but instead he walks straight on.

Henrietta has excelled herself in the last few days and is now accepting touch all over her face below her ears and two hands at the same time. Next stop, her neck... 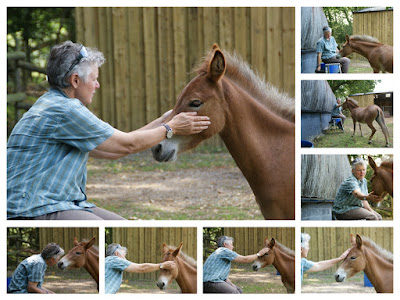 This afternoon's customer preferred us not to publish pictures but gave me an opportunity to see the Masterson Method in action. According to the website The Masterson Method® is "an integrated, multi-modality method of equine massage. It is a unique, interactive method of equine massage in which you learn to recognize and use the responses of the horse to your touch to find and release accumulated tension in key junctions of the body that most affect performance. In contrast to most traditional modalities, it enables the horse to actively participate in the process of releasing tension. It is something you do with the horse, rather than to the horse. This participation and interaction is what makes the method fascinating for those who use it. In fact, if you do not allow the horse to participate, it does not work!"

I suspected that the horse we were seeing was sore in his neck, withers and back. Lindy offered to do a session of massage with him at no cost since she is in the middle of her M.M courses. Over the next three quarters of an hour I saw the horse stretch and yawn copiously as she worked with him to identify where he was sore. His owners are going to follow this up with a session with a qualified back therapist.
Posted by Loisaba Wildlife Conservancy at 7:41 PM