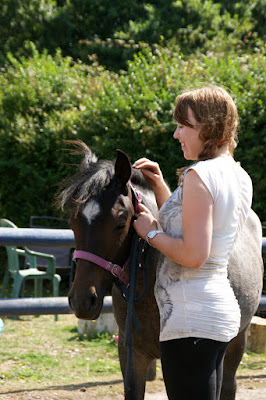 Wellow Sardine (Dino) is being very well loved in his new home and has settled down extremely well with his field mates. Today was his first lesson with Emily, carrying on from the two day Handling the Wild Pony Course for which he was the central character just three weeks ago. 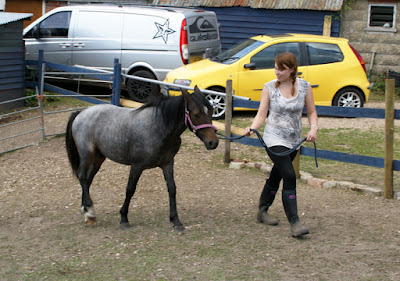 At the course he had learned how to lead using just a scarf around his neck before threading it through the headcollar to ask again. He had only ever walked about 20 strides in a straight line on a lead rein by the end of the course and yet here he is leading around the paddock so easily. None of this work has to be done by force as the small strides literally turn into lots of small strides. 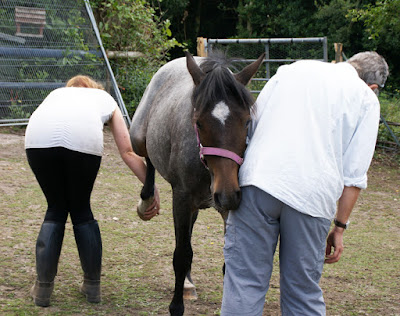 We interspersed this work with some foot handling and now he is starting to have his feet held up (ideally we would be lower than this as we do this early training so that he isn't unbalanced). 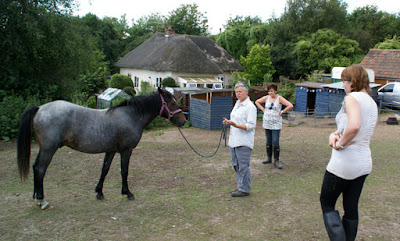 We further interspersed it with some basic groundwork such a standing out of your space and taking one step forward and one step back. Each activity acts as a holiday from the last one and means that when you go back to the first task it has turned into something easy. Latent learning both for him and for Louise while he is engaged in some other activity. It means he doesn't get bored and tires less quickly. 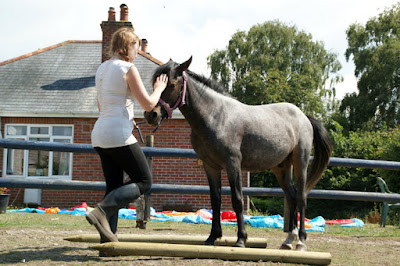 We finished the session with half the L shaped poles which I guess makes it a I shaped pole! 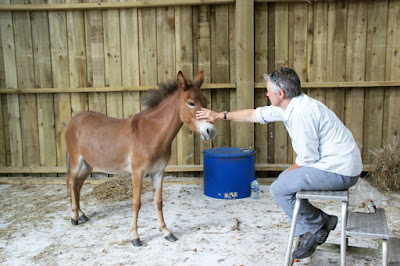 No day would be complete without a short session with Henrietta. She comes into the self-service restaurant very easily now. 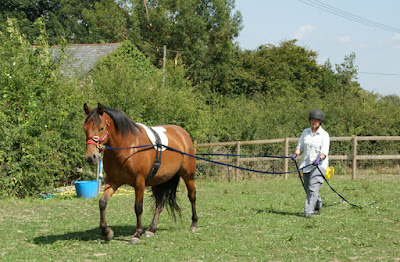 This week it was Copper's turn to learn long reining and as he did so well, so quickly, we ended after a very short while and did a bit with Kesali instead.


"Thanks very much for this. I literally CANNOT BELIEVE how well Copper did today especially after the week we have had! Just goes to show that you just have to take each day as it comes and never pre-judge how the pony is going to behave lest it becomes a self fulfilling prophecy." JH 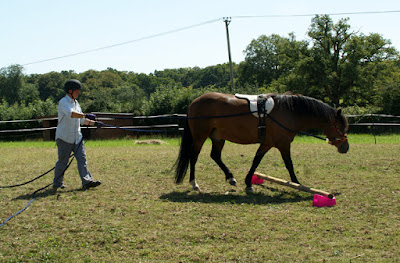 Kesali worked well and we hope to take him out on the road next week. If there's something a bit odd about this picture then you'll have noticed the pole 'cups'... 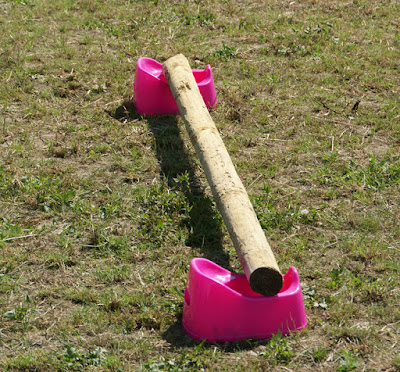 ...which are actually children's potties from the 99p shop. 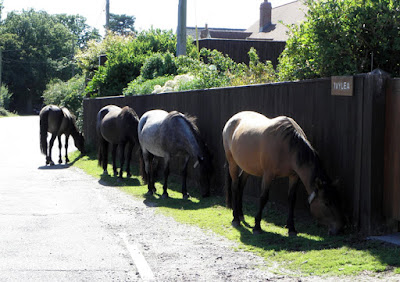 Very relieved to receive this picture of my wild ponies from my field neighbour Natalie who spotted them going down to the pub. I haven't seen them for a fair while, despite looking, and was starting to worry. Now that there are so many blue roans out at Fritham it is not always easy to spot Bluesy.
Posted by Loisaba Wildlife Conservancy at 5:25 PM