Just another quiet day today - three hours on the BARTA report, chat with Jim on the phone, ring police re: bits of motorbike I found after foal was runover, meet Liz and Maurice who are dropping off Banksy, clean the fields, go for 2 mile run, strengthening exercises, Banksy's first session, work with Henry (twice) and a nice ride out on the Forest looking out for my Forest ponies - all spotted, write up horse report for Banksy, send with photos to Liz, write up blog and then spend another two hours on the BARTA report. And it's only Monday! 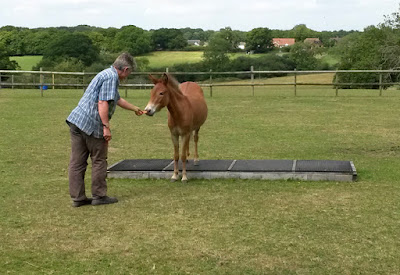 People keep putting pictures of tall mules on my Facebook page so Henrietta and I thought  we would do something about that to show that there is no need. 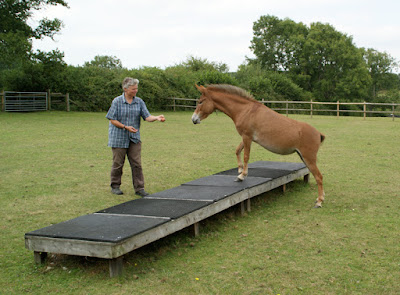 Obviously the sky is the limit. 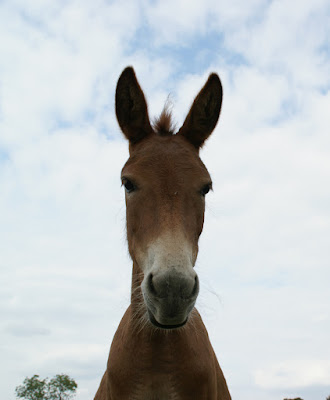 Banksy has come in for two weeks and after a brief meeting with Jack went straight out to work. 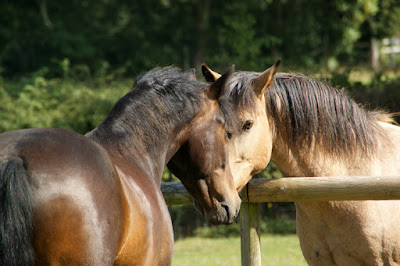 Liz wants him to get out and about while he is with me so we started off with a confidence walk which aims to assess his current level of courage. 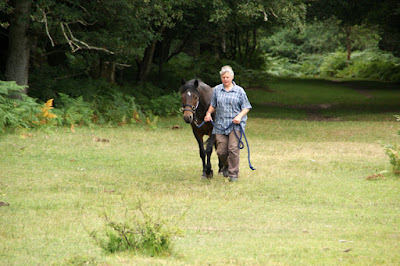 He was happy to jump the ditch stream... 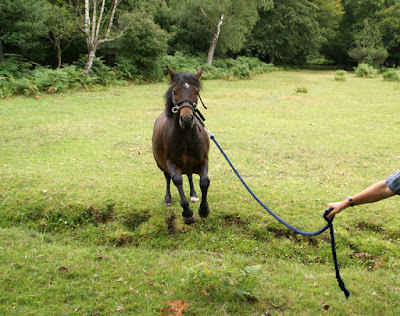 ...and to walk through the main stream which is definitely at 'low tide' at the moment. 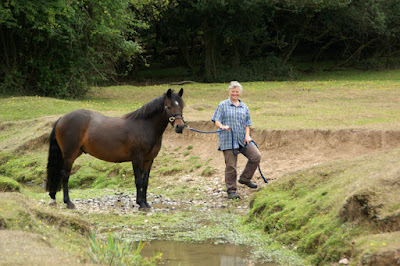 Over the bridge and then up the driftway to home. 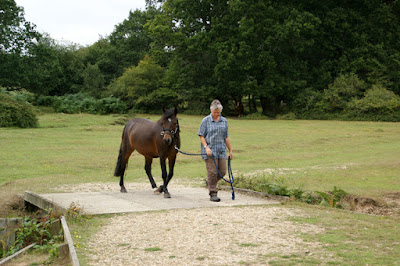 He's been turned out with Jack, Nettles and Henry and they make a fine little set. 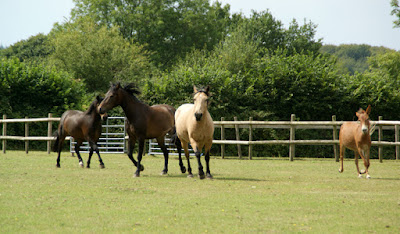 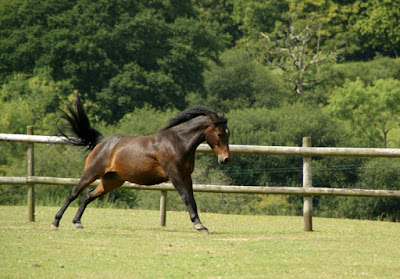 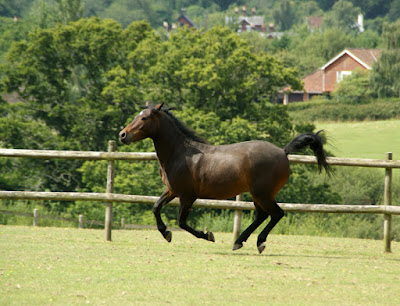 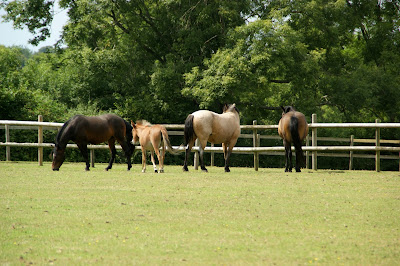 Once they'd all settled Pat and I went out for a ride. We found Nelly and Blue while we were out. They were standing up to their knees in Eyeworth Pond. 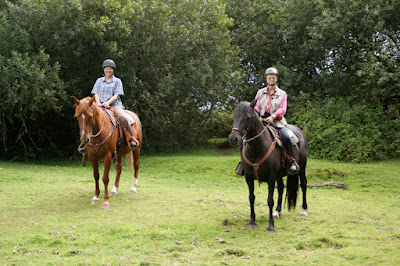