I've been all over the place this week, literally. Somerset, Isle of Wight, Wiltshire, Dorset and Hampshire and I've met horse breeds that originate as far north as Shetland and the Highlands of Scotland. Today started at the fields, working with Henrietta who is more taken with the pink feather duster than she was with the purple one. 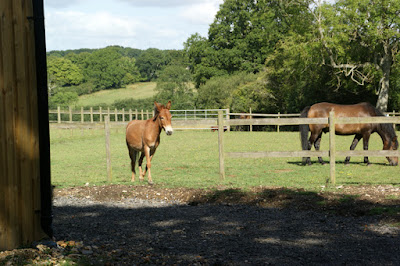 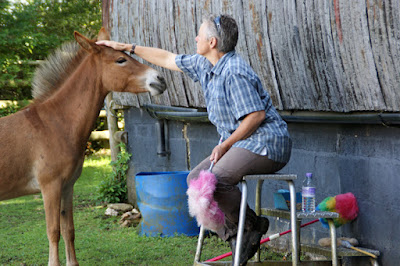 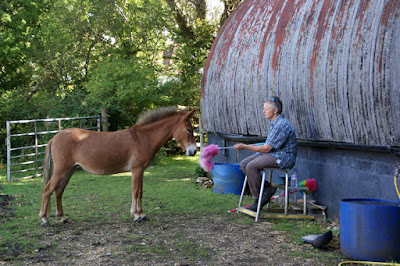 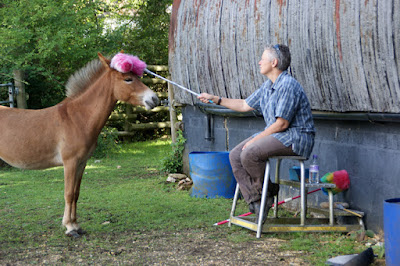 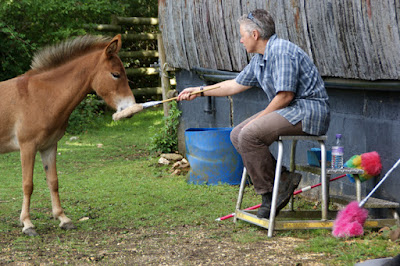 Nose on it's way through the hoola-hoop. No teddy bears were harmed in the making of this specialist bit of kit.

Only a few miles away, Kesali is long reined out on the roads and tracks for the first time. As a precaution he is on the lead rein at first but proves to be so calm that we can soon unclip him and Jackie can drop back. 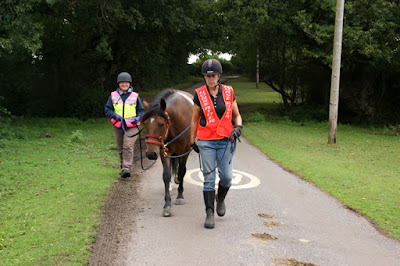 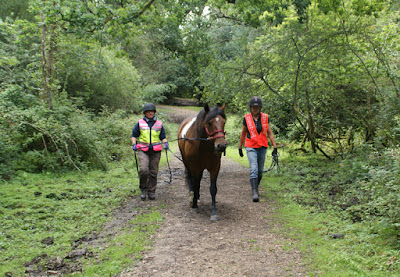 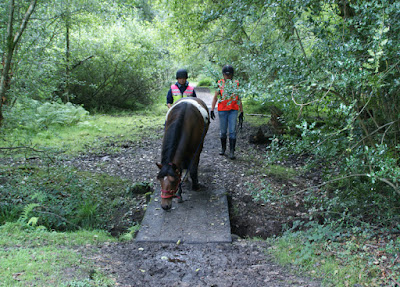 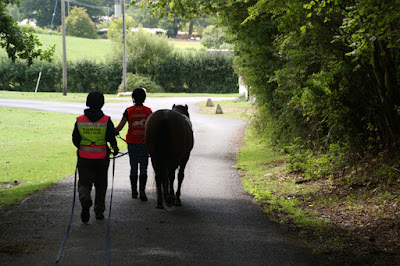 We braved the holiday traffic to go towards Dorchester next. Three year old straw coloured Highland pony, Monarch, is inclined to get stuck like the point of a draughtsman's compass, setting his owner, Tara, up to describe arcs at the end of the rope rather like a pencil! He's been practising this 'no' for quite some time and getting better and better at it.  What we needed was a few sharp angles instead, moving his feet and making it less relaxing just to stand still. We were soon on our way for a walk around the farm where he is happy to go up to the biggest farm vehicles. 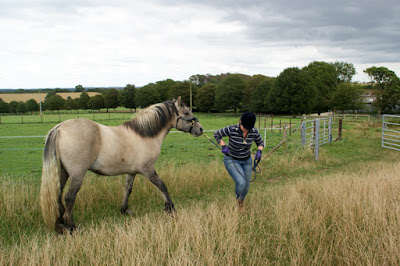 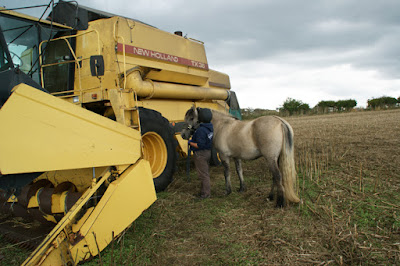 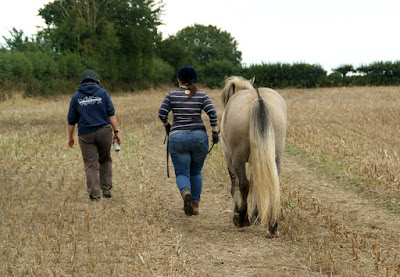 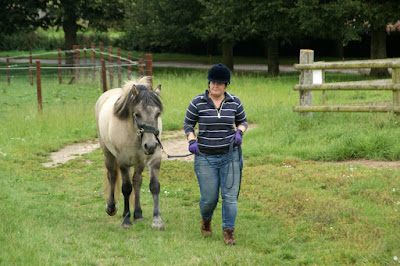