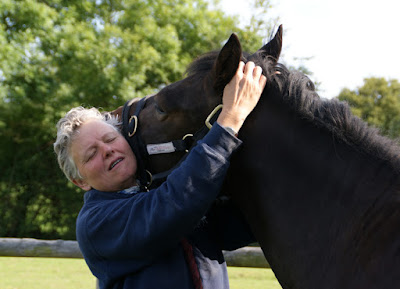 I love Wellow Nettles and he is still the best hugger in the world. In the two years he has been on loan he has been ridden by people young and younger, led from a mobility scooter, trained fire fighters and help to heal and reassure people overcoming addiction. I really want to make sure that he does well in his new home. 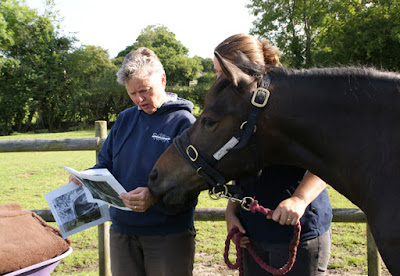 However, this is not going to be a straightforward job because not only does he need to accept a pack saddle but he will eventually need to carry large panniers full of champagne and cucumber sandwiches! Here we are trying to make sense of the instructions for all the kit he needs to wear. 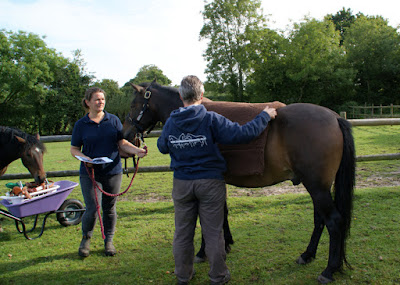 The massive blanket is the first step... 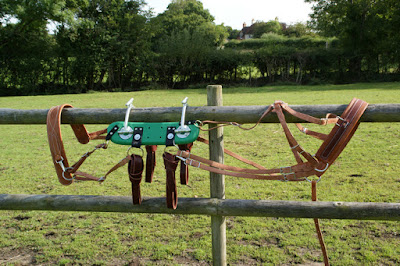 ...and we think the rest goes like this. In the interests of incremental learning (for us too) we just went with the pack saddle today but realise that I need to watch a YouTube video on how to fasten a Western girth without buckles. 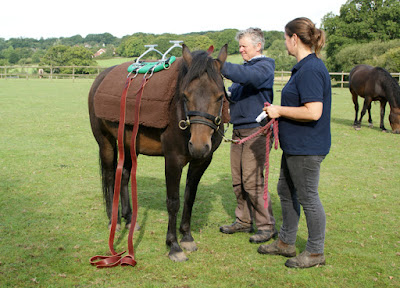 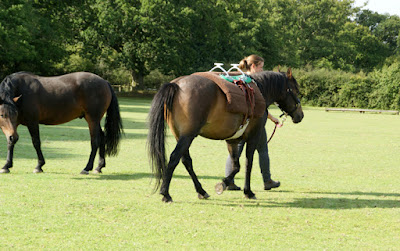 Then it's out into the inclosure to grapple with the undergrowth to make sure that he is fine with bits of twigs and bramble grabbing at the pack saddle. 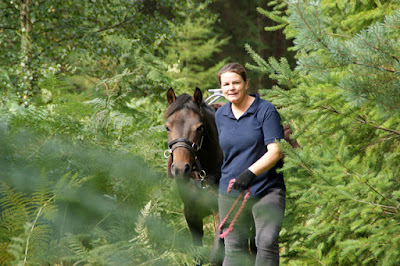 We also needed to make sure that he had trotted with it on. Tourists may not want to sprint everywhere but they won't want a pony that carts off with their lunch. Out on the airstrip we met a group of riders out for a pleasure ride. I took photos for the New Forest Equestrian Association. 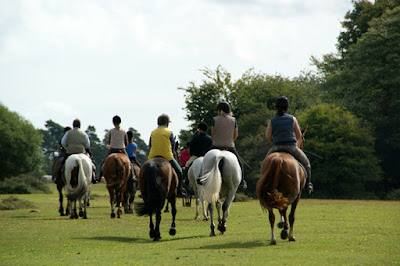 Luckily, given the fact that all the motorways South and West were at a standstill, out next two appointments were only a few miles away and then one across the road from the other.

Copper went out for his first long-line on the roads and tracks. He's not quite as confident as Kesali so we're adding extra steps. Accordingly he was on the lead rein most of the way round. 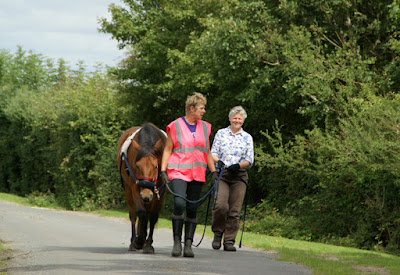 New client Kathryn has recently taken BB on loan with a view to buy. BB is a seven year old |Friesian with the typically high head carriage that typifies the breed. She's certainly a sweet natured horse and just a little discomfited by her change of home. 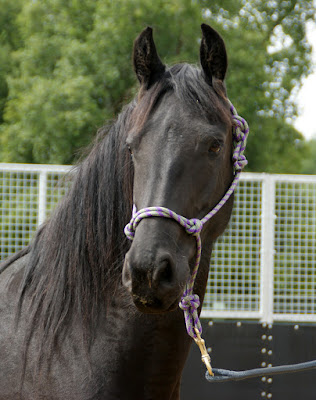 It was just a case of giving her some clear and gentle leadership and she grew calmer and calmer as the session went on. 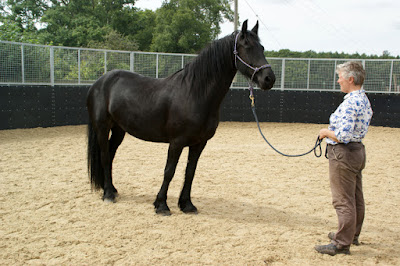 As we continued to work, her head got lower and lower and by the end she didn't feel so imposing. 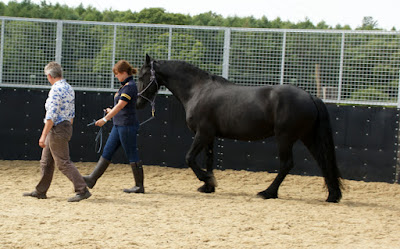 She did the best counted stops with no pressure at all applied to the lead rein. 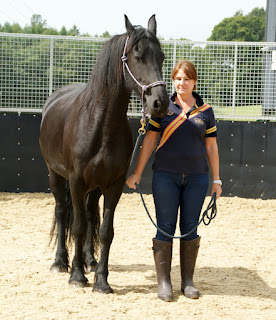 As a result we inadvertently solved another problem. The first window on the right houses pigs and for the first time she didn't rush past them in either direction. 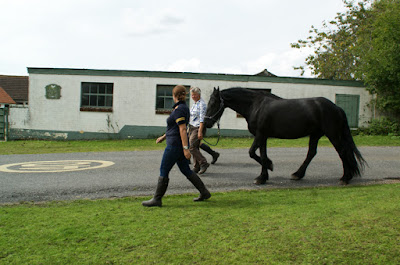 "Thank you and the photos are super. I'm so glad that you like BB.. She is a lovely creature and I really want to help her feel happy and secure. I found today's lesson so helpful and I am eager to learn with her." KB

Back at the fields it was another bridle session for Banksy. We did a bit of bridle work followed by learning to short rein - in the rain. All of today's horses were angels. 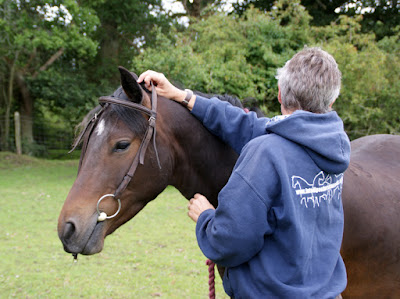 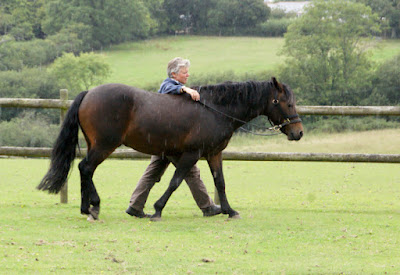 AND, in other news, Rory and T went to a show today and came third in his main class with a double clear. He also loaded to go home. 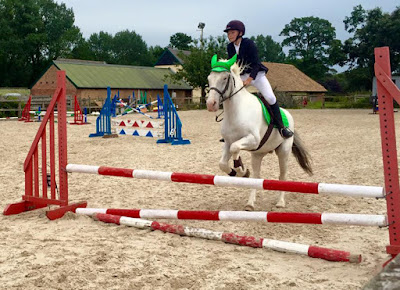 And on Sunday, they ventured further afield, trusting that they would be able to load to come home:

"Sooooo many positives with the ponio today at Bagnam. A cheeky little rossete, jumped the very scary solid wall and the gate and loaded like a dream. Happy happy happy." AS