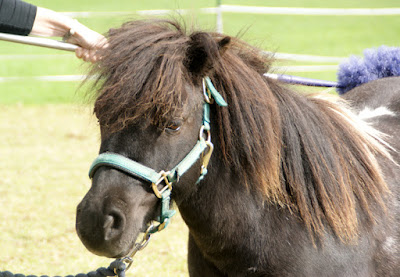 Charly the Shetland pony hasn't been very happy about anyone going beyond his waist. Frightened of people it's hard to know whether this is a result of instinct, poor or illogical handling. In the end it doesn't matter as the approach is just the same. Arming his new owner with a feather duster, we began to get his body used to being touched without the risk of being kicked. 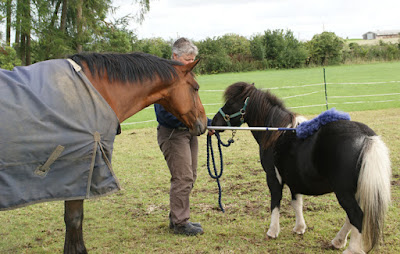 His beautiful field mate, Oldenburg cross Elkie, was so calm and reassuring. 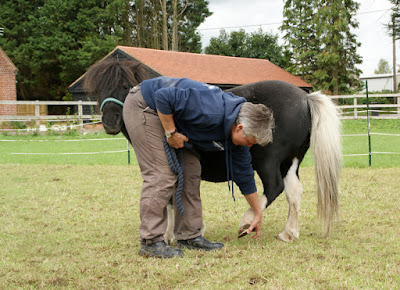 Towards the end of the session we were able to start picking up his back feet. He needs lots of repetition over the next few weeks and the sort of touch that he thinks is worthwhile. We found that rotating his ears, massaging his poll, withers and sacro-iliac area, and scratching the dock of his tail, all helped him to relax and realise that humans can be useful.


"Thanks for such a positive session last week. Slow but steady progress so far which is even more than I'd hoped at this stage." hw 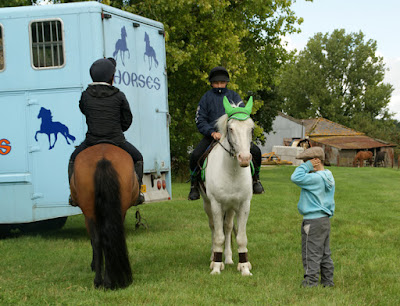 Later I went off to join Amanda,  T and Rory at Rockbourne UK Chasers course. Although my role was to ensure that he would load at the end of the day, I had a thoroughly great time going round with the pony, his mate Pickles and his rider, L. 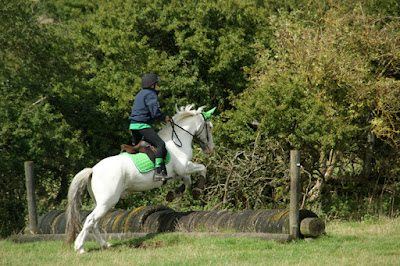 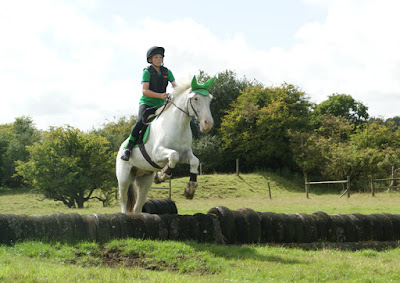 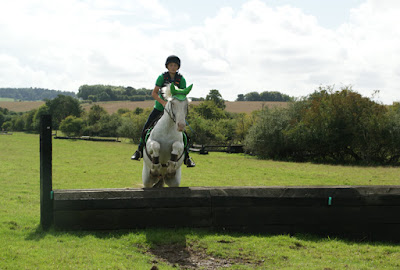 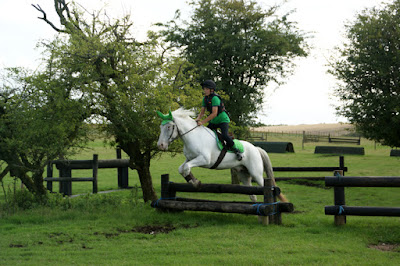 Pickles was very good at giving Rory a lead and, given an opportunity to look at the fences first, and a chance to have a little think, he got braver and braver. 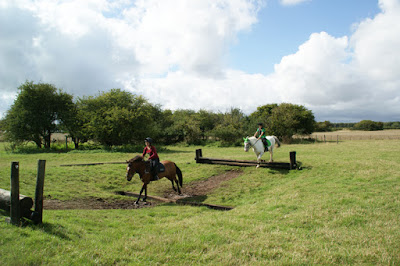 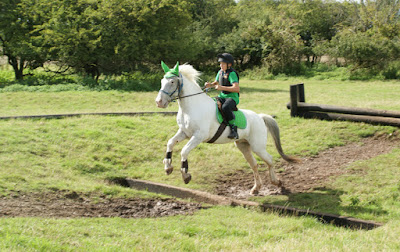 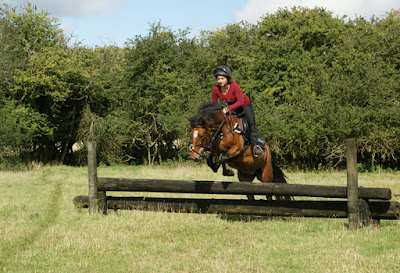 However, the inevitable happened at the water complex... 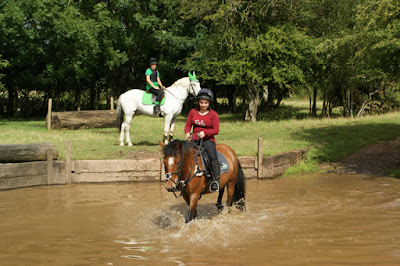 Someone had to try to roll... 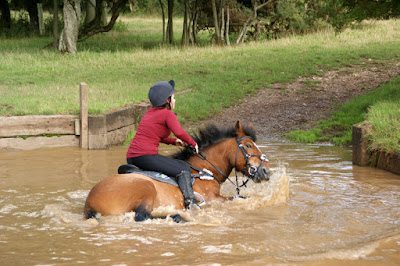 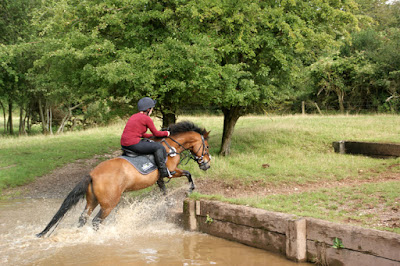 The rain held off right until the end. 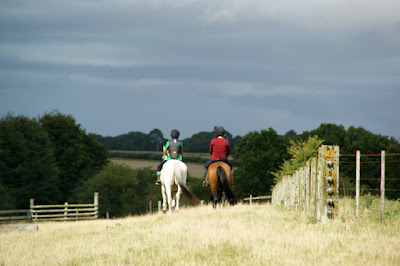 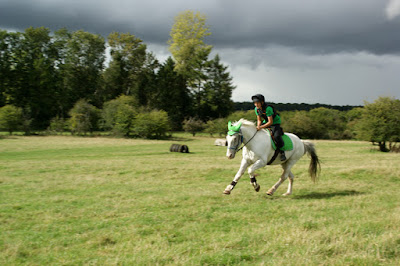 Rory was still a little bit sticky about loading but with just one panel behind him he consented to going on. Therefore we just needed to find something that would have a similar effect without needing to take a panel everywhere with him. The grey tarpaulin did just the trick... 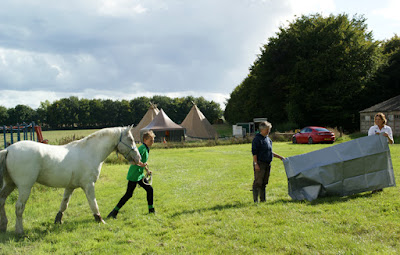 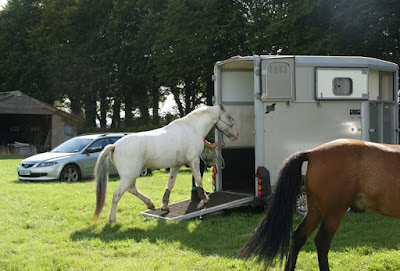 Rory and Pickles weren't the only ones having a blast. The Riding Camp contingent had a great gallop up the hill back to the venue. 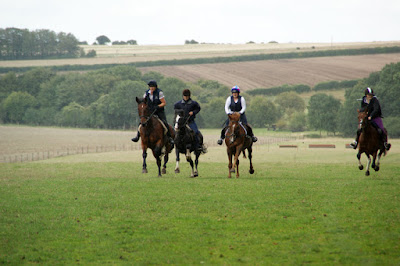