It's been a couple of years since I saw Memphis, the Quarter Horse, who I've worked with in his present and his previous home. I've known him since he was a baby and I think I named him! His current owner wanted me to top up his groundwork and also show his sharer, Sandy, how to work in the same way. 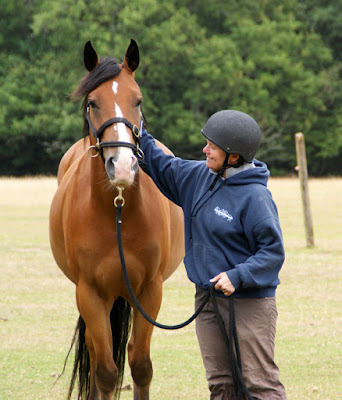 He's certainly the tallest Quarter Horse I have seen, and he's still only four. 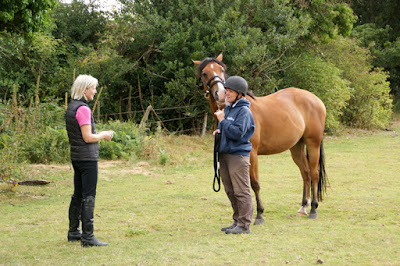 Although he is touching me in this picture, he is no longer pushing and that feels a lot better to work with. 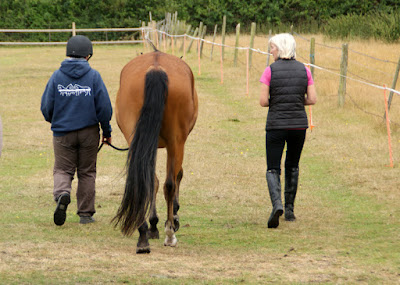 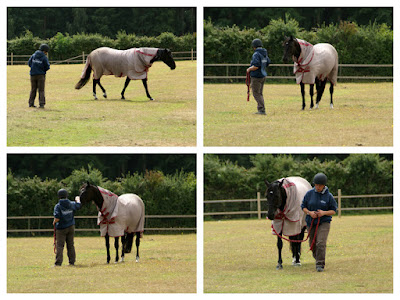 Angela's other horse Milly thought the lesson ought to include catching but a bit of body language, turning the shoulder in and having the halter in the outside hand all helped. 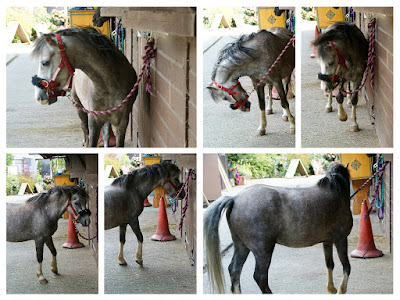 It's only be a short time since I saw Peanut and his groundwork is coming along nicely. We 'tied up' a few loose ends before we moved on to desensitisation. Like a lot of ponies, Peanut is quite restless when he is tied up, expressing his need to keep moving by pawing and er...keeping moving. 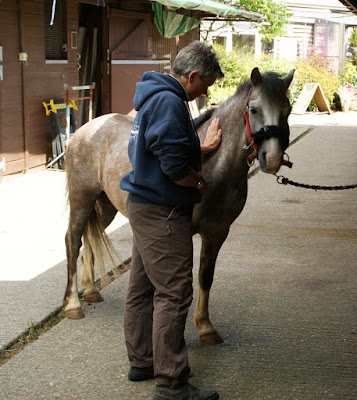 Rather than addressing all of this behaviour and potentially reinforcing it by giving it attention, we just kept a gentle eye on him and only went up to him to give him a lovely rub whenever he was standing still. It can sometimes take a long while for a pony to connect these two things but Peanut caught on very quickly. 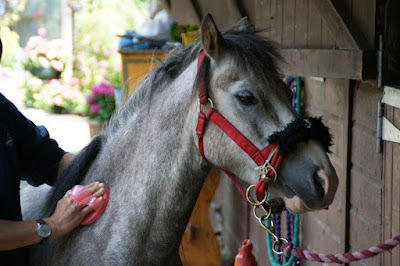 I also wanted to make sure that there wasn't something in the way that he is being groomed that makes him want to move so much. A deep, flat, slow, touch works much better than a light, fast, tickly one, and he soon settled down to enjoy it. 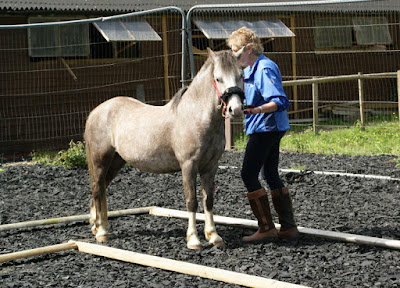 The L-shaped poles are not as easy as they look. Some horses struggle to back through them step by step because they worry about where the poles are and how close they are to them. Careful manoeuvring means that he didn't touch the poles and showed him that humans can be reliable. 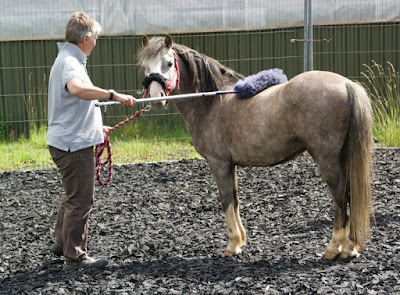 Finally we started on the desensitisation exercises where he was far more wary of the feather duster than the tarpaulin which he wanted to investigate straight away. Some ponies are frightened of things but more are frightened of people holding things. 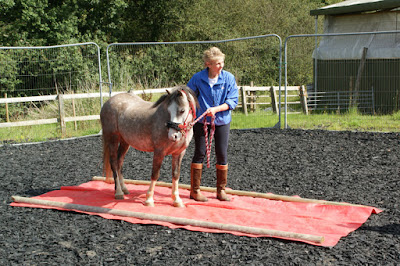