There seems to be an every growing population of donkeys on the Forest especially around tourist hot spots like the Fighting Cocks at Godshill where they can happily live on a diet of chips and the love of tourists. Because they are often fed and fussed close to the road, the donkeys learn to hold the traffic up while they conduct car to car enquiries about what food might they might be carrying. This would be all very well, a very useful chicane to slow everyone down, if it wasn't for the fact that several get killed by traffic every year. 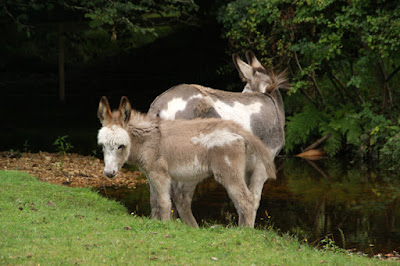 Banksy went straight out on the tracks this morning, all calm and serene. He's a super pony. 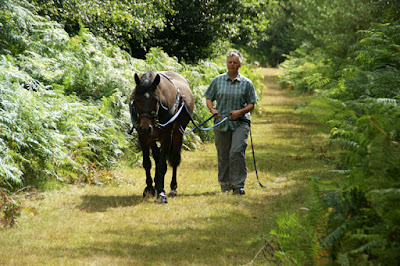 Later it was training time for Henrietta, and Jack and Nettles were hopeful of some hay while they watched. 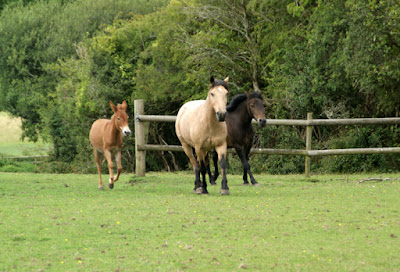 You might think there is nothing new here but there has been another significant breakthrough. Henry is putting her own head in position and pushing into the feather duster here. All I need to do is click for tiny stages and occasionally click, click, click and give her a treat for a job well done. This is giving her a greater sense of choice and she is the one that is pushing things further. 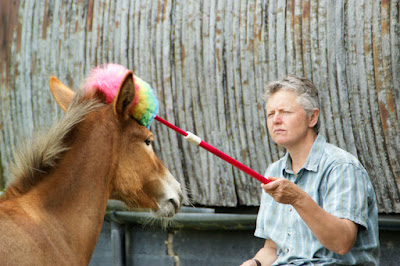 Talking of which she seems to have ousted the ponies from the field shelter and is keeping it all to herself. 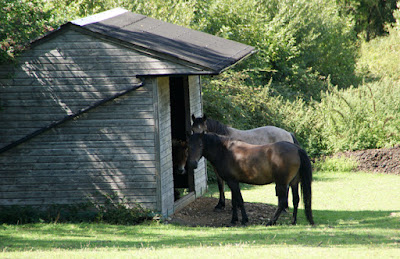