Four horses worked today, well three bay New Forest ponies and a horse, and what a horse! Everything has gone swimmingly.

We started off with Nettles and Banksy. Banksy was his usual incredibly calm self and was happy to take the lead, walk beside or go behind Nettles on his long reins. Early on we were arrested by two New Forest mares who were convinced that he was a stallion. 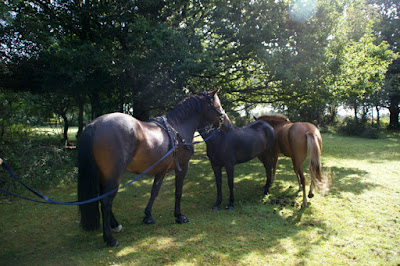 We saw a peleton of cyclists (who very kindly slowed right down and said hello and thank you, and polite things like that, which we repeated back to them.) 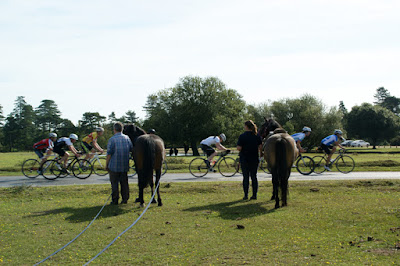 Nettles has had a set-back recently when a little girl fell off him. Her mother had persuaded Tracey that her children had ridden off the lead rein before but of course there is a world of difference between a riding school or trakking pony, and a five year old pony that hasn't had much life experience. Anyway, he set off at a bit of a meaningful trot, the lady threw her arms out to stop him, he spooked and the child fell off - fortunately she was fine. Unfortunately this has set him up to be worried about things going bump behind him and Tracey and I have been trying to undo that since. It just shows that a young pony needs several years of trouble free riding to ensure that they don't develop a fear of things. 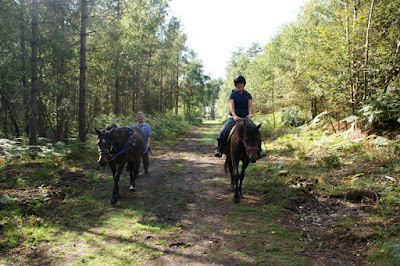 Julie has been riding him a few times for us and he is doing very well. However, this, coupled with the fact that he has grown and is much stronger now, means that we don't think he is suitable as a lead rein pony or a first pony any more. At the end of his loan period next month we'll either be taking him home or trying to find a new home for him with a competent older child or a small adult. 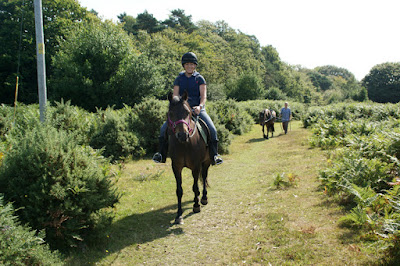 Next it was off to Jackie's to work with Copper. Copper, if you pardon the pun, is a different kettle of fish to Kesali, having had a lot less done with him in his early years. On his last walk out with Jackie, about three months ago, he did pull away from her more to get to the grass than out of fear though. Therefore it was with a little sense of trepidation that I led him out for a walk this morning but he didn't puit a foot wrong and really seemed to enjoy being out and about again. Jackie and I talked about three key points with him: 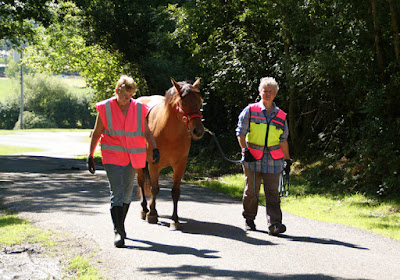 1) Buffer zone - Copper likes to have and needs a 2' rule, i.e., a buffer around his head in order not to feel crowded. This does not mean that he can walk 2' ahead of his handler.

2) Concentration - the need to answer his frequent questions even when you are talking to someone else.

3) Insects - if he gets an annoying insect it is his insect all the time he is creating about it, and you only need to help him when he is still and patient. - otherwise you are drawn in to his emotions and a dangerous situation. 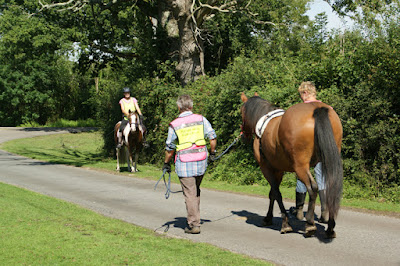 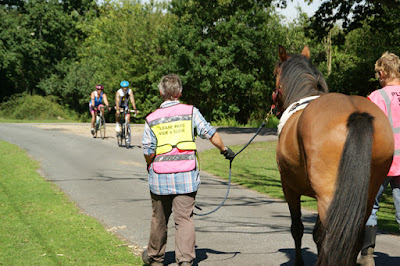 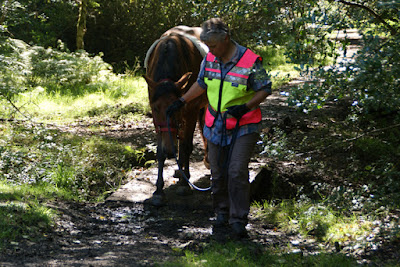 "Copper really seemed to enjoy his walk and it has given me renewed confidence and determination to get him out more often again." JH

Next time we hope to be able to long rein him out. 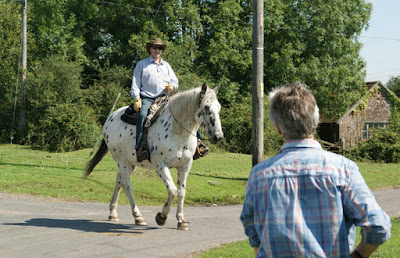 As we left we bumped into an old friend, Castillo, being ridden by his owner Alan. They looked very happy together and I'm told that Castillo is being caught consistently. 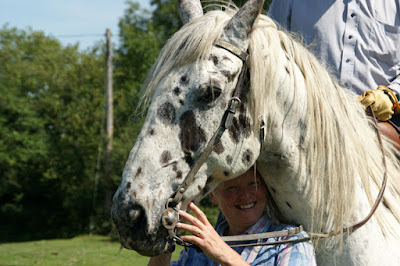 This afternoon we went to an extremely posh yard which must have been incredible in it's hay day. The whole house and grounds are being steadily restored to their former glory. Acres of beautiful park land for a horse to gaze at but not graze! 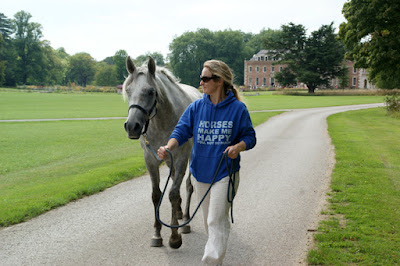 Mali and her owner T have had a couple of very unsettling incidents recently which have set them both back confidence-wise. A change of yard and hopefully temporarily being kept in an individual paddock has upset Mali and she has become spooky and reactive. When we arrived today she had been left as the only horse up at the paddocks and she was in quite a state. However, once we began to work with her she calmed right down and seemed to be very pleased to have the company and the guidance. 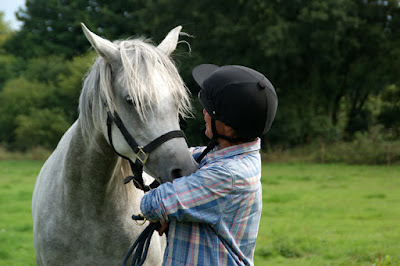 As an owner in this situation it is difficult to forget big incidents and to start that all important conversation with the horse about how things are going to be. Much as the horse also wants eveything to be alright, they cannot initiate change themselves. Accordingly T and I talked about being Mali's calm rock, trying not to feed into thise big emotions that horses feels and express from time to time. 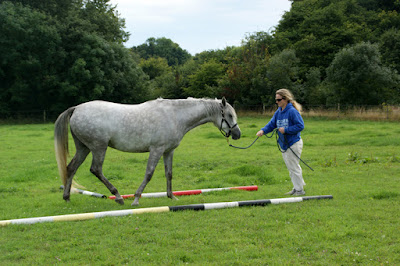 The good news is that energy levels on both sides came right, right down, and it all felt rather serene by the end. Like all Arabs Mali is extremely quick to learn but also quick to fill in any gaps left by her handler. Whilst the groundwork can feel like a series of mechanical moves, it is the heart and feel which go into them that makes the critical difference. We need to show the horse that we are part of the solution and not the problem, and that we are literally there for them when they are in trouble. We made a very good start on that. 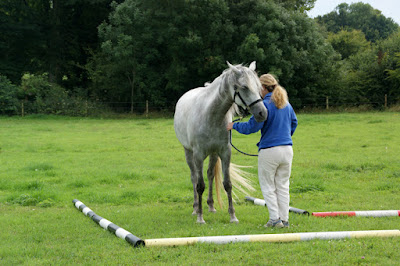