To hell with the weather, we might not have been able to go out driving but we were happy to go and see Simon and Michelle's Percheron Parade. They've now got eight, all grey except for one black one, and three other horses too. The latest four all came over from France last year after the stud that owned them closed down and there was some concern about where they might head next. 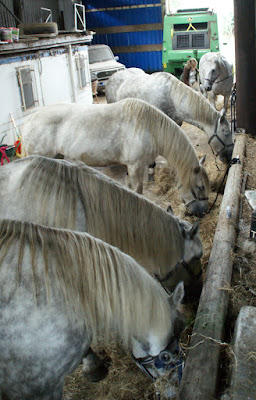 Since then Michelle and Simon and lots of willing helpers have helped to bring the horses on. None had done any work before and Margaret, the eldest, really thought that her career lay in breeding.

All of the horses have such soft eyes, sometimes despite a difficult past as in the case of Blue. 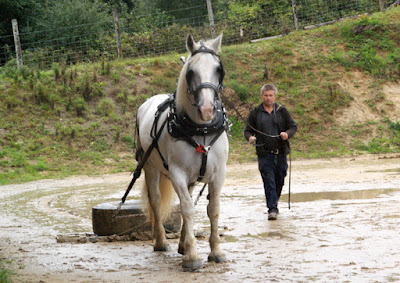 Margaret is pulling a roadworks barrier and tyre and flattening out the contours of the school which had a lot of lying water on it today. 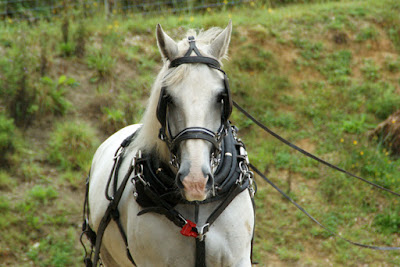 She is happier wearing blinkers which shut out some of the surrounding information. Simon and Michelle are keen to work out which horse prefers which set up. 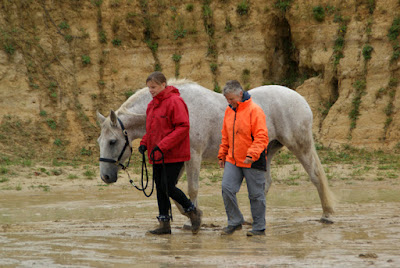 During an interval I did some groundwork with M, aged 12, and her favourite horse Jeffers. I think it is this lovely grey cob that started Michelle's addiction to grey horses. 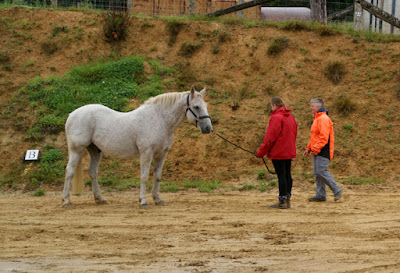 M is practising asking a horse to stand where she wants them to. An important skill with a driving horse where she would need to stand much closer to the horse. 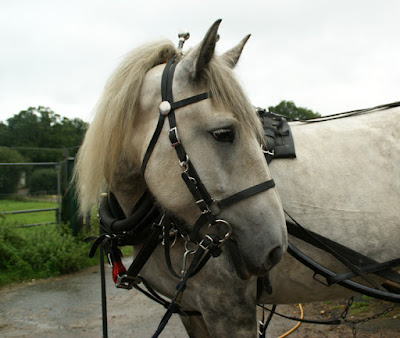 Amye, Margaret's daughter, is driven in an open bridle. Here she seemed keen to watch the 'putting too' process. 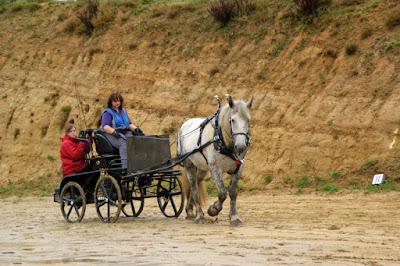 Michelle is insistant that she wants a horse that can be driven without pulling or leaning in walk... 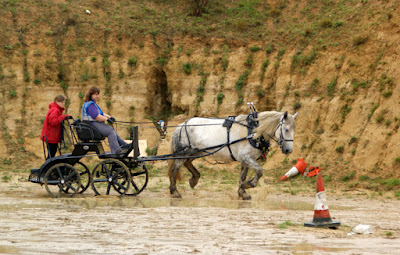 ...and trot. In the meantime Simon explains how the brakes on a carriage can be used to apply pressure and release to encourage a horse not to pull or rush. 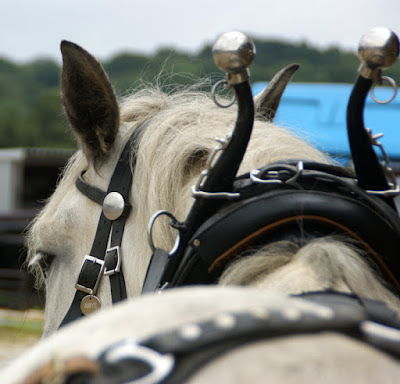 Of course I had to have a ride myself and this will always be one of my favourite views. 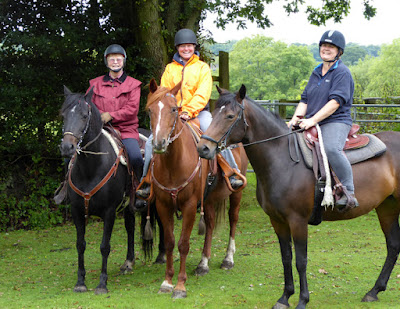 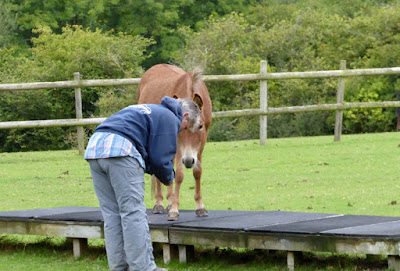 Henrietta showed off her latest party trick, stepping easily on to the big bridge. 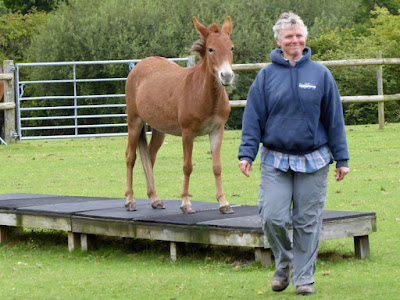 I felt rather smug...and untidy. 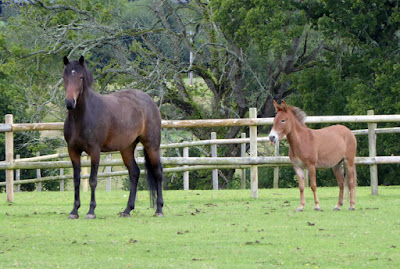 Unkind of her to stick her tongue out at Bella.

It's difficult not to anthropomorphise with a character like hers. She's the best enrichment my other horses have ever had, providing us all with our of wonderful viewing and engagement. I can;t make up my mind whether she is the farm dog, the office cat, or the class clown. I am certain she is a solopsist, someone who thinks that the world only exists in relation to them.
Posted by Loisaba Wildlife Conservancy at 6:19 PM