We always thought that the lovely places we could ride were unassailable (Ed: I don't know why you thought that, Chasewater was a boating lake!), but that turned out not to be the case. The authorities decided to landscape some of the ground around Chasewater and turn it into a country park; preferably without horse riders. There were still ways in but an entrance gate was introduced across our normal route, and a man with a hat was installed to take money and keep the riders out. On one occasion we were riding out with Jane Harding who although she looked an innocent child was actually about eighteen. We all galloped across the play meadow, one of our favourite places to race, and were accosted by Mr Jobsworth on the gate. He looked at Jane and said, "You are not too old to have your bottom smacked," to which she replied, coyly, "Yes, but you're too old to do it!" 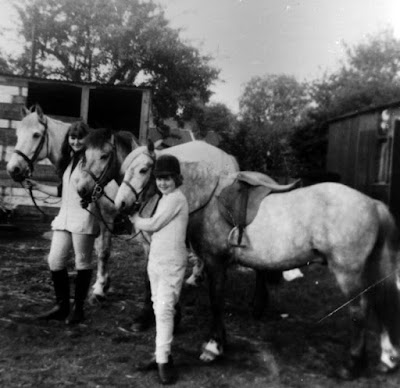 Next to where we kept the horses there was a field which must have been over thirty acres - lovely for a gallop after the corn was cut,  and a way across to the next village without using the road.  A stream ran across it, and a hedge with wide gaps in it.  When it was cut down there was an enormous amount of branches and brash left at the side of it.  One Sunday morning, Sarah and some of her friends (Ed: Mother! I am certain you were there and that Jackie who was a grown up!!!)  decided to turn this into hurdles and to hold jump races. From what I understand (Ed: You should know I am certain you were there) about ten children were there with their ponies, and they were having a lovely time racing over these improvised hurdles when the owner of the field drove past in his car.  He stopped in horror and fury. Well known for his bad temper, he was wearing a very tidy suit and his best brogues. 'Potato Bailey' as he was known, to distinguish him from Farmer Bailye with the cows, had to wade straight through the stream and the mud to scream at the riders, going red in the face and using some choice language. (See, you wouldn't remember that amount of detail unless you were there.) 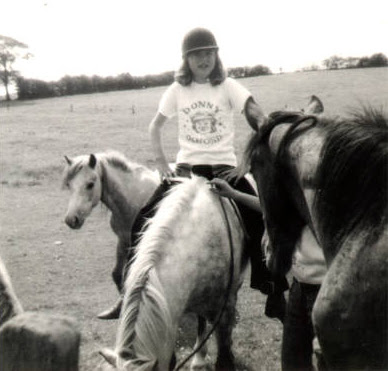 The very nearest part of Cannock Chase was also supposed to be out of bounds as it belonged to a Boy Scouts and not the Forestry Commission or the Council.  Again we knew a few back ways in, but over the years we were caught there several times until we were known and recognised.  The  Chief Scout Leader threatened to confiscate my horse (Ed: I'd like to have seen him try) and even to shoot us. 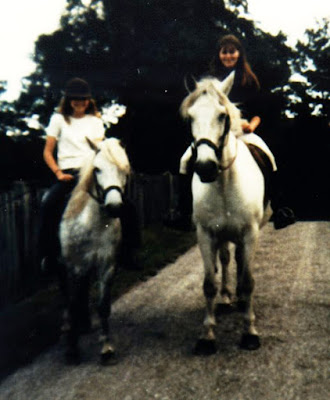 Ed: My Mum has left out the day we decided to gallop across the school playing field at my comprehensive school in which stood the Caretaker's bungalow. There was me and Diane Brazier on our Thelwell ponies, Smokey and Pepi, flat out and overtaking my Mum's horse, Thunder. This was against his dignity and he promptly bucked her off right under the nose of the Caretaker! 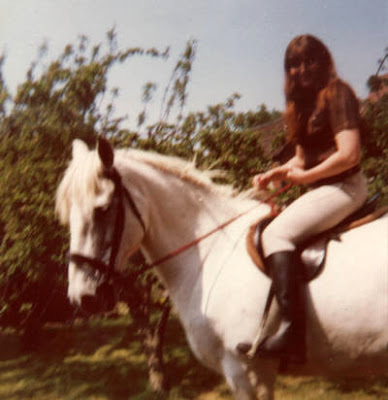 Posted by Loisaba Wildlife Conservancy at 11:39 AM