Today's contribution is from Sarah B, client and now of course, friend...

I had spent yet another evening following my horse, shaking a bucket of feed, taking both of her friends away, anything to catch her but nothing worked. She was still in the field wearing her Fieldsafe headcollar which was only any good if you were close enough to grab it. 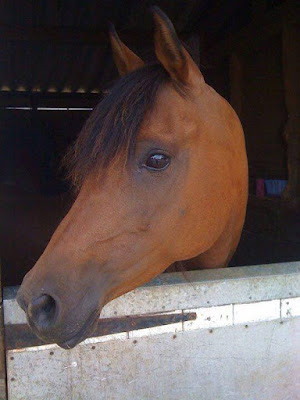 Back in 2009, I had decided that I wanted to breed an Arabian foal. The huge flaw in my plan was that I didn't own an Arabian mare!  We went to a stud that my friend knew of where the owner was keen to reduce their numbers but although stunningly beautiful none of them were what I was looking for. Before we left I wandered around a corner and saw the most beautiful horse I had ever seen.  I exclaimed this rather loudly and the owner of the stud quickly replied, "That one is for sale!"

Her full name was Medina... a name that's a bit like when your mother calls you Katherine instead of Katie... 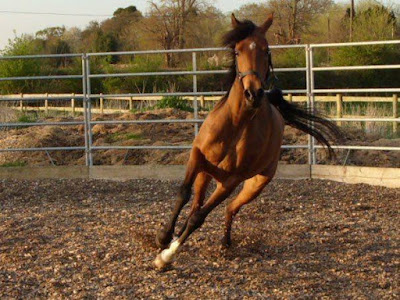 She was eight years old, and pretty much knew nothing, except how to be extremely handy with her back legs if you dared to walk past her shoulder, or if she saw a show halter would run around and snort.  I'd had her home for ten minutes before I found out just how little she knew. When I put a rug on her I met her back hoof. I could only put her head-collar on over the stable door, and when I turned her out it took me three hours to catch her again. 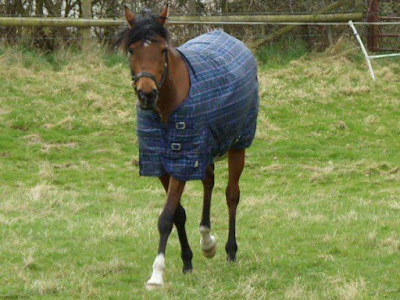 Over time some things did get better. She learnt to lead nicely, she picked her feet up when asked, she was backed, shown under saddle, and won every time. 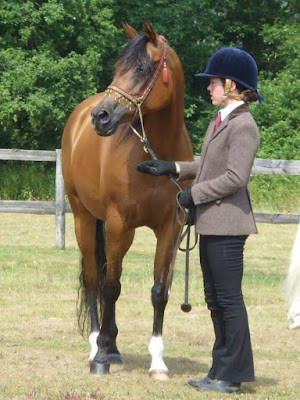 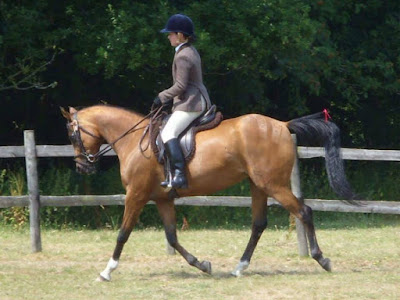 However, some things didn't improve. The farrier walloped her with a rasp leaving me with a quivering wreck every time she caught sight of a farrier, never mind one being close to her. She needed to be heavily sedated even for a simple trim. She didn't always travel well,  and I still couldn't catch her. The catching issue extended to her stable where on more than one occasion she spent the night with her rug half done up or stayed in for a whole day because she wouldn't let the yard owner put a headcollar on her. She'd learnt that if she put her nose in the back corner of her stable no one would be brave enough to approach her. 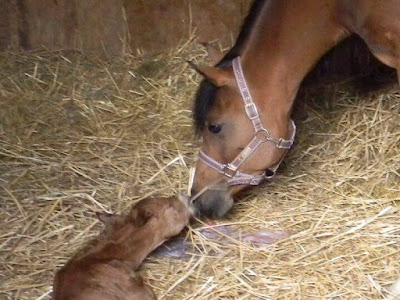 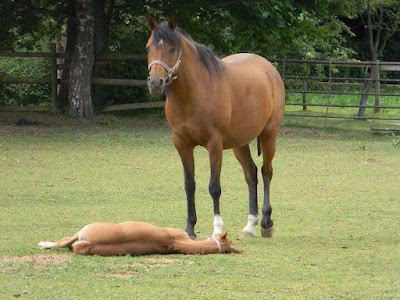 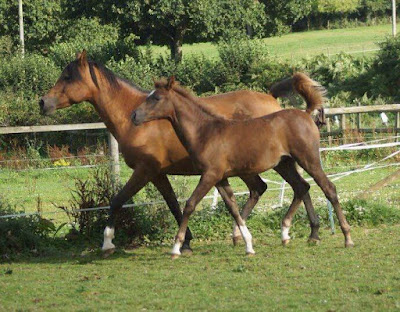 Six years later with one foal, a colic surgery, several rosettes, lots of bruises and even more tears I sent a message to Sarah giving her the full history. She replied that she would try but that she could not promise that it would work.

One of Sarah's first observations was that Dina was actually frightened of the headcollar. This made sense as, at the stud, several men were employed each autumn to corner the foals and force their headcollars on - the same thing happened with rugs. I could understand that this had a profound effect on Dina and her avoidance made so much sense. Sarah began to use clicker training to overcome her fear. Working just in the school, Dina responded amazingly well to Sarah's clicks and allowed us to catch her. I was left with homework! 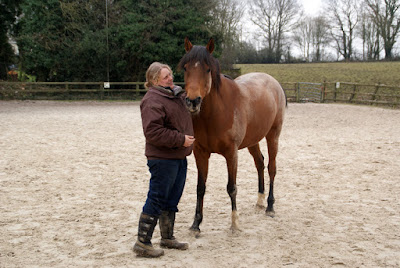 Where the motivation and patience came from to practice every single day I shall never know as I never did my homework at school and always at the last minute at university. Soon I even had my very flighty, normally frightened, mare walking over tarpaulins at liberty and for the first time I was in control of the catching and she didn't even seem to realise. Day in, day out, I was getting yes, yes, yes. It was such a wonderful feeling; I was even brave enough to ditch the field safe headcollar. I didn't have to hide the headcollar from her, or pretend I didn't want to catch her, but learnt to read her body language and put in a well timed click which made all the difference. She didn't bother putting her nose in the corner of the stable anymore, one click and she was with me. 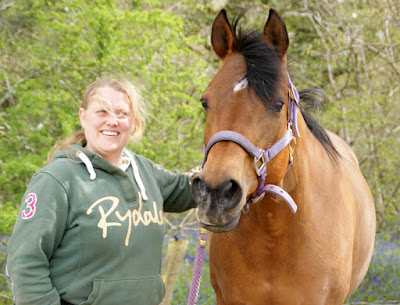 I can honestly say that in two years I have never had a 'no'. I've had a few maybes but even then she has never taken more than thirty seconds to catch. I don't have the embarrassment of keeping the vet waiting, and she's not had to stay in, or out, because of the catching.  She understands me now, and I understand her. 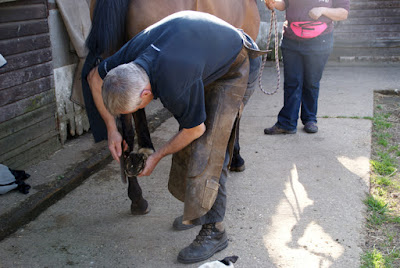 Later I spoke to Sarah about Dina's other big problem, her feet. Again Sarah came and worked her magic. We went as far as borrowing some farrier's chaps and employed her husband David to be a pretend farrier. I practiced pretend rasping her feet every day. Slowly we got her confidence back.  I've now not had to sedate Dina for a trim for well over a year. 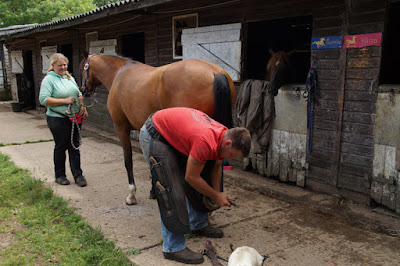 To have solved both of Dina's big issues with one simple tool is quite incredible. I am now using clicker to teach her not to bolt through muddy gateways. Dina has taught me so much and for that I must thank her. I took on an incredibly intelligent mare with semi-feral tendencies. She changed the way that I handle my horses and she's made me think about what I do. It's all positive and I'm so so glad that she found me that day. 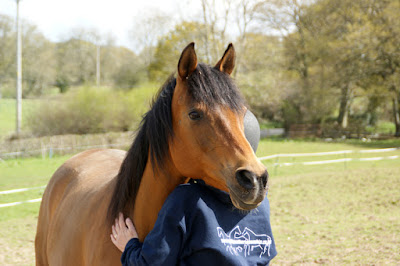 Posted by Loisaba Wildlife Conservancy at 11:07 AM