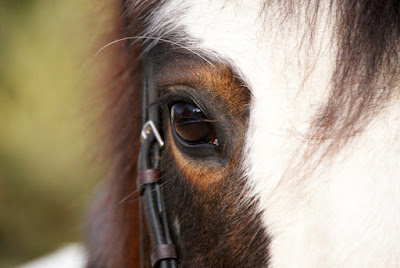 Well actually it didn't start with a cob. It started when I was nine years old and finally persuaded my parents to allow me to start having riding lessons. I went to a local riding school and started learning to ride on what I suspect was a small New Forest pony.  Like a lot of people I carried on riding at riding schools until I was into my twenties. Then I had children, then I had no time, so I gave up riding until I was 50! My mother died, never having done some of the things she held most dear and this catapulted me into thinking what I wanted to achieve before I shuffled off. The answer was astonishingly simple. I wanted to own my own horse. This led to a two year journey to get back into riding. It was a helluva lot more difficult that I thought it was going to be. Muscles had definitely gone south in the meantime! But I have never been one to delay gratification and in the end bought a cob that I was assured was a 'safe cob' on impulse (and for too much money). 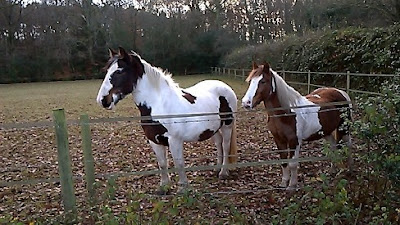 The safe cob turned out to be no such thing, and after a few rides where I experienced a number of unscheduled gallops and unceremonious dumpings (one in a ditch, having crossed a road to get there), I decided that I was unqualified to sort the problem and that I needed help to do something. Luckily I had arranged to go to a Monty Roberts demonstration, which was where I met Sarah. Getting some basic groundwork in place with Charley proved the key to getting more confidence and a better relationship with this little mare. That and time and patience. 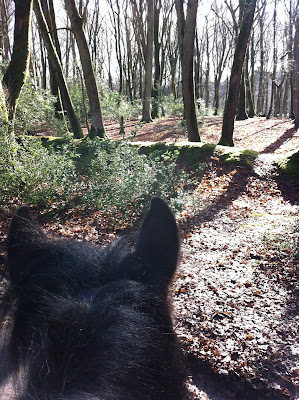 I have had such a lot of fun and have learned so much from both Sarah and Charley (and my friend Pam whose patience has been boundless while I dithered, over analysed, and worried, and messed about generally).  Plus Charley has sure taught me to sit a buck. (Mostly!) 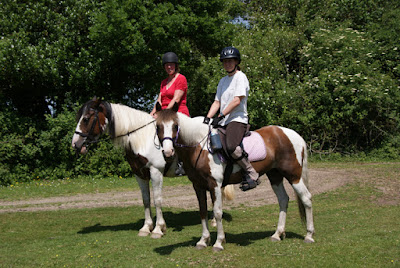