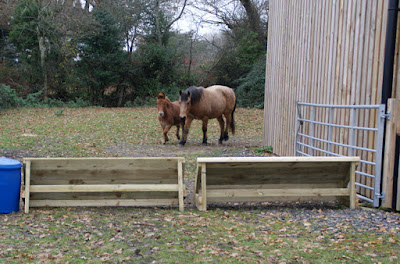 With greater use I am working on the theory that the jumps, or at least each jumping effort, are/is coming down in price. For example, Henrietta's beautiful leap here cost just £50 and next time will be down to £25. 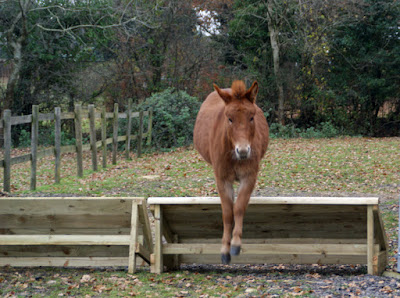 I am always telling my clients to stand like a farmer not a model when it comes to grounding themselves and their horses. However, we all like a little go on the catwalk from time to time. 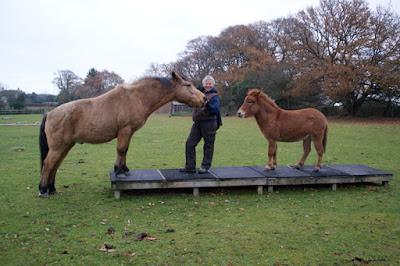 On a more serious note it was time to work with Zebdi again and to help him get over his needle phobia. He is starting to unwind in his new home and is in safe hands with his owner, Rosy. 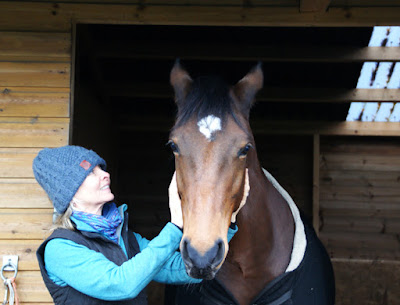 Today I was able to start off more or less where I finished last week - with the door open and using the pointy end of the needle-less syringe. I started to push the plunger in as if injecting him and also began to take hold of a small fold of skin as if looking for a vein. He took all of that without showing any aggression although sometimes you could see that his mother, God, and instinct, were all telling him it was not a good idea. Now he no longer feels the need to shout, this body language was just the quietest whisper expressed through his ear, head carriage and his eye. 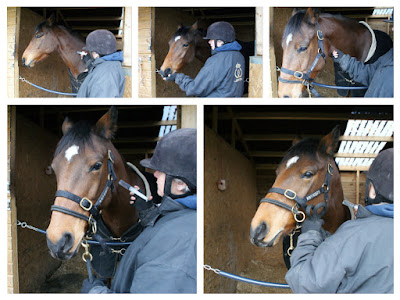 With that all established I began to do the same with a Dually on, lead rein only on the headcollar ring. I shortened my lead rein and also held the end of the noseband in order to imitate the restraining hand that he might face from a vet, but just held lightly so that he did not feel forced. With and without a choice, he never moved his feet today and only took his head away if he was worried.


*... thanks to your expertise Zebdi has settled in to his new home and is becoming the lovely sensible New Forest pony he always wanted to be!" R McV