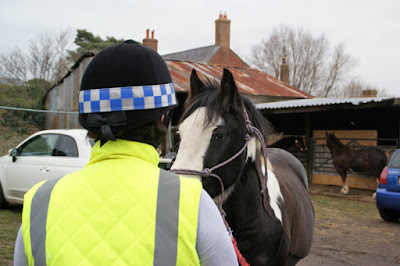 I have never seen a horse so keen to be caught as Ruby this morning, she came down her field like an Exocet missile, absolutely straight all the way. Her owner, Rebecca, wanted to do some work on confidence for the two of them and also on ground manners. Like a lot of people she has been given plenty of free advice but she wanted to get something that worked for her and made sense. 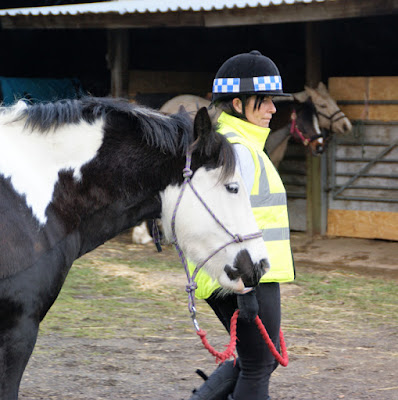 Within no time, Ruby was standing still and leading nicely when asked with no pressure in the line. I explained to Rebecca, who works in the financial sector, that it's a bit like accounting, there are conventions and regulations which need to be applied consistently and transparently. 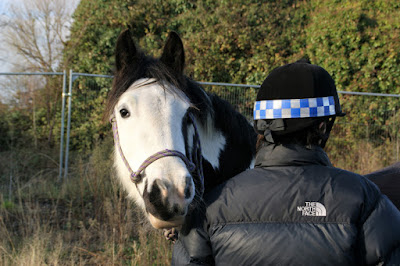 The yard is a busy one with horses going in and out, and past the front gate, all the time. This gave us an excellent opportunity to apply the same rules over and over again. 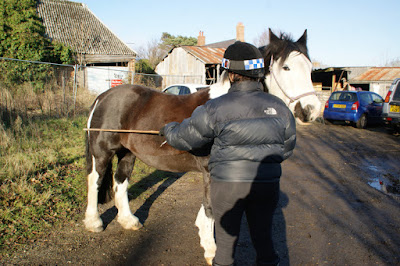 Far from hitting her with a big stick, we're using a garden cane here to rub along her back and then down her legs. As you know I tend to use a feather duster but Ruby is the second horse I have known to have had really strong objections to the feather duster by squealing at it like it was a strange horse! 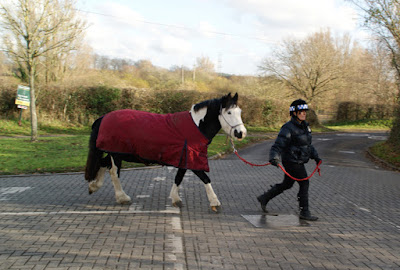 Ruby has to go up the road to go back to her field. Once there, she let off steam. 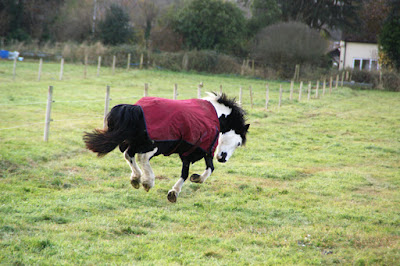 "Can't thank you enough for today, I learnt so much and felt so much more confident. You are an amazing coach Sarah, I didn't feel pressurised and you knew when it was too much and graciously took over...The report is fantastic, very helpful and I absolutely love the pictures, she is such a pretty pony ! I'm actually looking forward to seeing her today and practising our regulations." RN 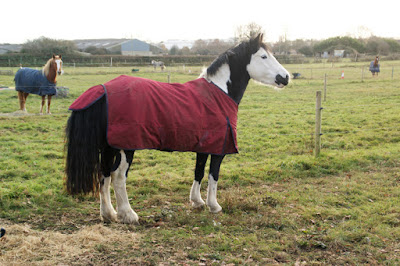 "...so much happened today, I can't contain my excitement. Ruby has fallen in love with me


We had a small audience for our afternoon session. 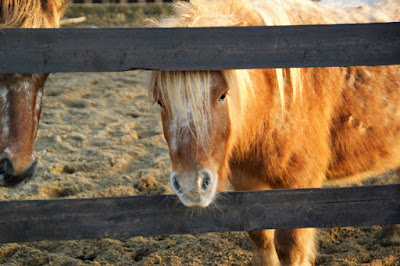 We were working with new arrival, Angelo, who has until recently been a showing horse in Arabian classes. Unfortunately these classes, or at least the modern form of them, seems to be all about deliberately escalating a horse's behaviour so that they are completely on their toes and flying all of their flags. This seems to have left Angelo pretty confused and inclined to become hysterical if anyone uses anything less than really subtle body language. 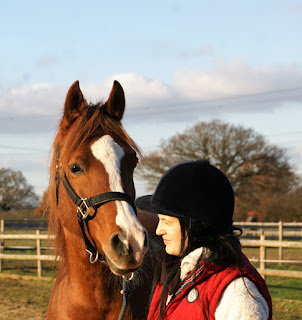 His new owner, Emma, and I worked on some very mild groundwork to prove to him that all of that is over and he can afford to relax. 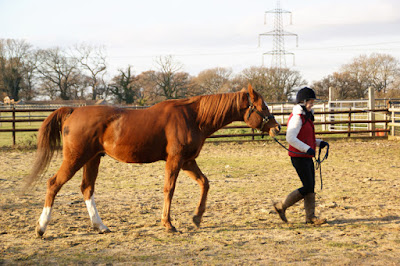 Sometimes I had to draw things in order to illustrate some of the finer points... 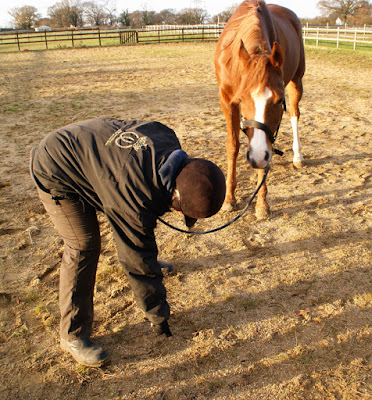 Finally we moved on to his fear of syringes using clickered treats to reward him for even entertaining it near him. By the end of this very first session he was allowing Emma to mock inject him. However, there is no rush as his annual vaccinations aren't due until January and she will need to practice regularly until then. 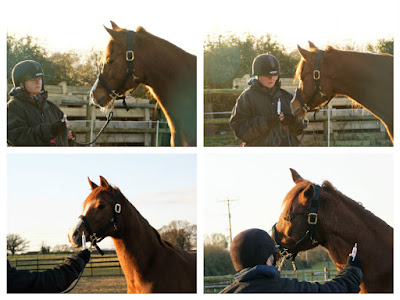 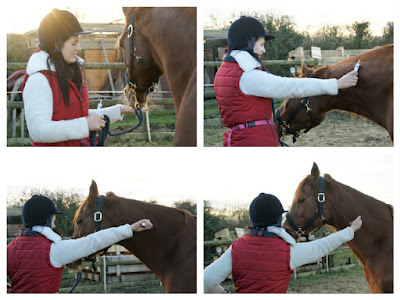 We finished with some easier, and certainly more comforting, work with the feather duster. 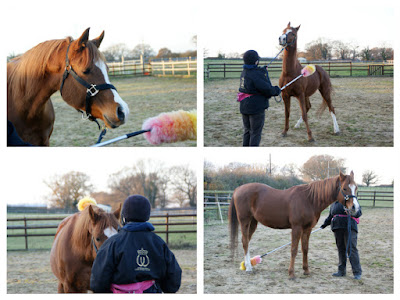