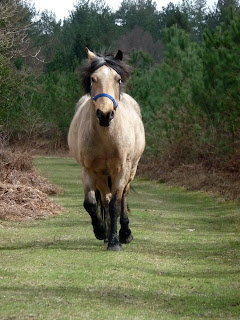 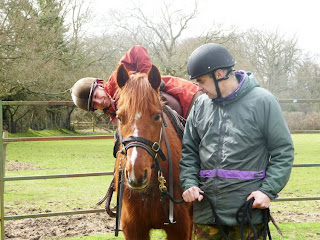 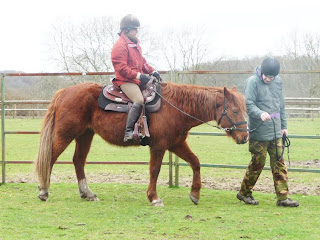 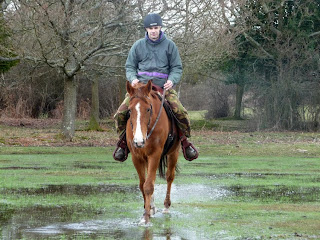 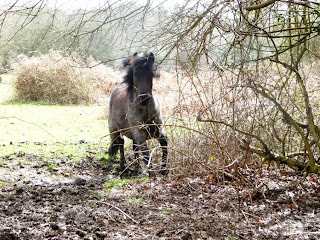 Once again we have been thwarted by the weather so had to wait until today to get on Theoden for a second time. He was absolutely fine. We finished the session once he had been been led around in large circles to the left and right and Jenny had got on and off a total of three times. Three seems to be the magic number with horses.
David then took Chancer out on his own and went for a ride around the inclosure. Chancer is better at going through water than some of the New Forest ponies. The last photo shows Blue jumping the stream on her way in to get her feed.
David and I also took Jack out for one of his walks. It was good to see some greenery on the Forest and Jack doing his best impression of a half tonne Golden Retriever!
We are now away in Gibraltar for four days leaving Julie in charge of the house and horses.
Posted by Loisaba Wildlife Conservancy at 5:23 PM