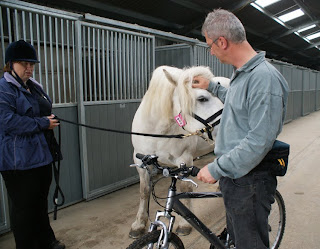 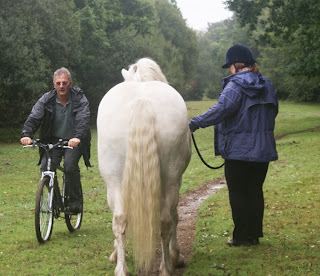 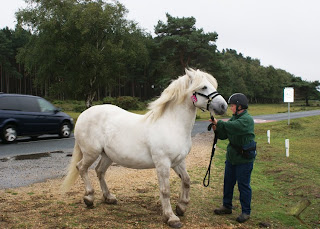 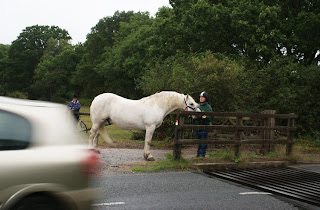 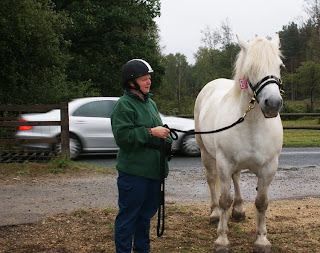 It's been a while since I saw Arnie but he's been having a bit of trouble with things coming up suddenly behind him especially bicycles and cars over the cattle grid. There was nothing else for it but to go and meet these demons and to work with him to help him get over it. Barry, who might be forgiven for thinking it was all a plot to get him fit, was volunteered to ride the bike and we got him to approach Arnie from all angles and steadily to increase his speed, change gears clunkily and to apply the brakes. Arnie got used to this and I have suggested that Barry don some colourful lycra and go out and about with Arnie being led in hand and ridden for the next few weeks whenever he can. We may then need to recruit more cyclists so that they can travel along like a herd.
At the cattle grid, Arnie was fine with facing the traffic but not sure about it coming up behind him and on his right hand side. I used clicker training to reward him each time a car came by and in time I think he was happy to see another vehicle approaching. He coped with a lorry and a motorbike and someone who drove right up to him in the layby to turn round. It was astonishing how many people drove really quickly over the cattle grid even though there was a bright white pony standing right next to it.