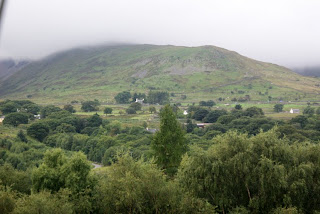 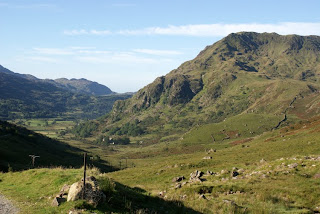 I have always struggled to listen to party political broadcasts and not be totally swayed by what is said, only to be drawn completely the other way by the opposing party. At the moment, I am feeling as flat and stretched out as a piece of very thin pastry that has been rolling pinned (if that's a verb) to the limits. This state of culinary marvellousness has been achieved by attending a Lesley Desmond clinic and a Ben Hart clinic withing the space of three weeks. Within the realms of so called natural horsemanship, they couldn't get much further apart and yet both are talking about feel and trust. Lesley had no problem with kicking a horse in the tummy for barging into her whilst Ben disapproves of the use of training halters. There were some moments of real refinement in what Lesley was doing where horses were asked to move with the tiniest touch on the line or reins and some great learning points for me. Nevertheless, I wouldn't be happy using my feet and fist the way that she does.
I suppose that all "A list" trainers have to be solidly committed to their ideas and techniques, at least on the outside, because that what carries their followers and indeed the horses along. What Lesley calls sureness. I was impressed when Richard Maxwell completely rewrote his book "From Birth to Backing" which is now "Training the Young Horse" to take into account his new thinking in many areas of training young horses. I think owners can feel let down if their chosen trainer completely turns their back on the philosophy that they have dand commits themself to another entirely new approach over and over again in the manner of a serial monogamist or a butterfly; it would take a great deal of faith to follow a trainer all through their journey and the occasional cul de sac.
It's also easy to become confused about conflicting advice - on the Equine Touch course we were told about how the practice of pulling the tongue to one side to administer wormers has the potential to damage the hyoid apparatus - these bones support the guttural pouches, pharynx, larynx and root of the tongue, and yet at the weekend this was being used as a way of redirecting a biting horse. The greatest trap of all is a closed mind and it's important not to be in the thrall of anyone and not to swallow anything hook, lime and sinker.
For me, it's important to have my own hat stand upon which I can hang the hats that seem to fit within my overall set of belief and values. Fortunately Kelly has never been prescriptive about what I do although I expect she would have a fit if I kicked a client's horse in the tummy or recklessly turned one into a monster by using undisciplined clicker training. It's not sexy to be a moderate trainer but I think that's what I am - mild but effective, a bit like Fairy Liquid!
Incidentally, I did talk to Lesley about kicking the horse and she explained that she felt that it was not punishment because that had not been her intent. Who decides whether something is punishment? The donor or the recipient? However, you could have endless arguments that the witholding of a treat is very punishing to a horse - just ask Chancer!
We were not allowed to take any photographs at the clinic so here are some of the mountains at Llanberis where the clinic was held.
Posted by Loisaba Wildlife Conservancy at 8:24 AM