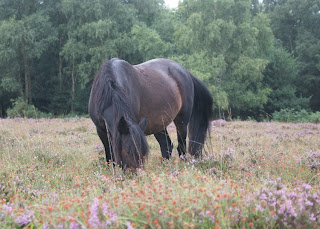 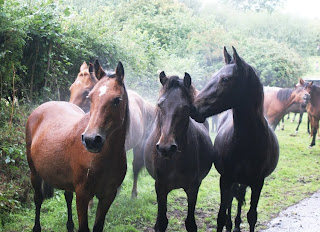 The clinic I was due to attend today was cancelled so instead I went out with my camera, first of all to Telegraph Hill which is covered in heather and then on to the drift at Fritham. There were very few ponies brought in and only three foals and the whole thing went off very quietly indeed. I was lucky enough to be fed sandwiches and cake by the various neighbours to my field that were already there. This begs the question of who would have been unkind enough to report me to the council for having a very small caravan there which was discreetly hidden away and not visible unless actually on the property. Having no source of electricity, I have used the cooker in the caravan to make the odd cup of soup in the winter and the heater to thaw myself out. I have stayed in it on two occasions - once when Jack had serious colic and once when Cello was gelded. I haven't got a leg to stand on and it will have to go but it will make my life harder again.
Posted by Loisaba Wildlife Conservancy at 5:53 PM