A similar set of subjects for Millie to study today but, unlike Billy, she has a tendency to be very quick, and to anticipate if she is worried. Another reason again to slow everything down and to make sure that she understands each step before going on to the next. Being a Welsh Section B, and therefore having a fair dash of Arabian in her heritage, she is one of those gifted children that learns things really quickly but hates not understanding what she is being asked to do. She was originally rescued by the RSPCA from some appalling circumstances and has become so much more confident in the last two years since her owner fostered and then bought her. 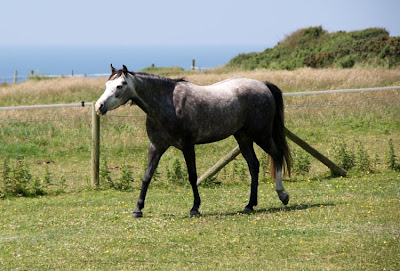 A field overlooking the sea, she even looks like a mini-Arab. She wasn't sure she wanted to be caught first thing and so we did some clicker training for that starting off in the stable where she is inclined to be a little defensive with her hind quarters. The clicker training interrupted that pattern very quickly. 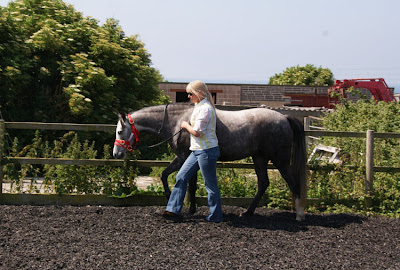 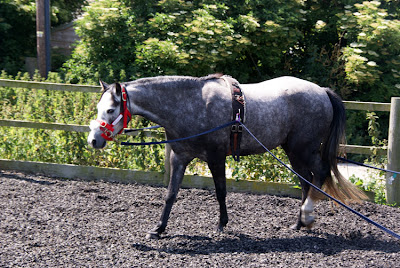 Then long-reining - the short reining helped her to prepare for this too. 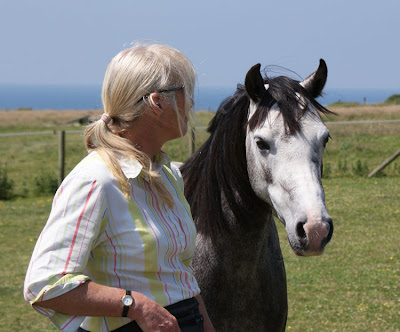 Turned out but asking to be caught again.....
Posted by Loisaba Wildlife Conservancy at 7:41 PM