Today it was off to see my namesake again and to work first of all with her lovely Fritham pony, a Connemara cross New Forest, Limerick. Who better to lend his expertise at long reining since he is a trained driving pony. After that we worked with Jazz again. 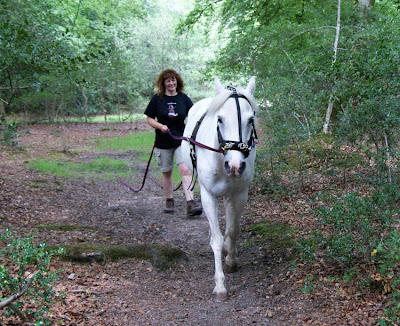 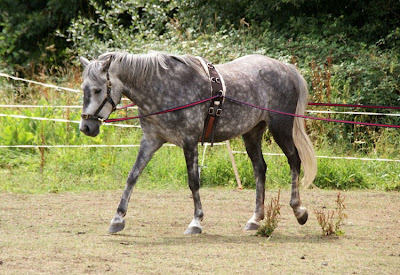 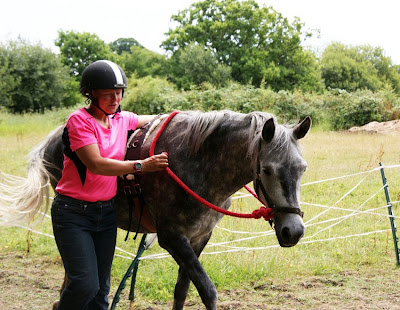 Looking at these pictures made me think about ears and the significance of their position. We are conditioned to believe that a happy pony will have its ears forwards but my belief is that a horse's ears are only an indication of where it's attention lies. Thus Limerick's attention is on his handler whereas in the middle picture Jazz seems to have her attention more internally as if concentrating hard on what she is doing. In the last picture her attention is with Sarah who is standing to one side with the camera. If a horse's ears are flat back we know that it's a clear sign of anger but what if ears forward does not mean that the horse is necessarily happy, just being attentive? There are some supposedly scientific experiments which have measured a horse's happiness by measuring how long or how often his ears are forward. That would mean that those experiments are fundamentally flawed. If a relaxed and peaceful horse is a happy horse then it is more likely that his ears would be floppy and relaxed too - putting ears forward requires effort.
Posted by Loisaba Wildlife Conservancy at 7:00 PM