Glorious weather and a very pleasant breeze at the Dorset Charity Show at Three Legged Cross today. As sponsor of the Versatility Class I was very pleased to hand out the rosettes and the winner's round was particularly nice to watch. 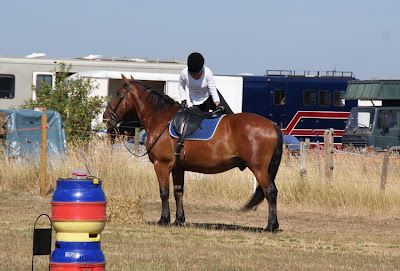 Ridden competitors had to get on their horse from the offside before negotiating a small jump. 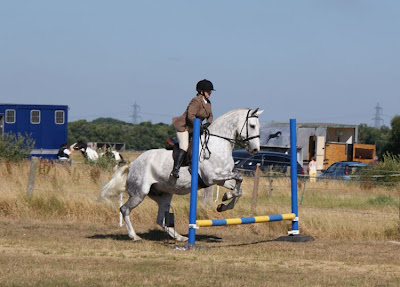 Then they had to back into a taped off box which some found easier than others. Funny how horses worry more about using their rear view mirror. 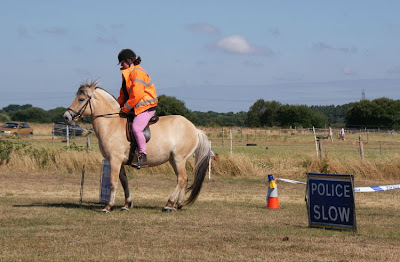 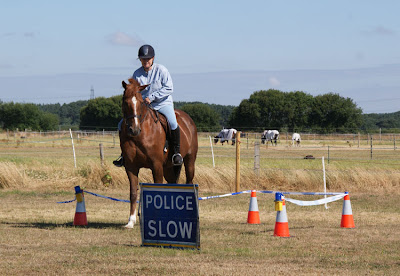 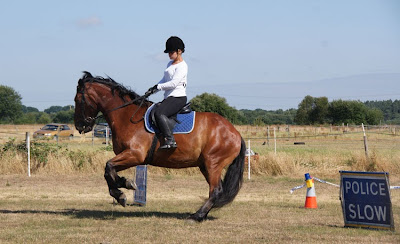 This was followed by crossing a picnic blanket complete with teddy bears and again some of the horses found this impossible. 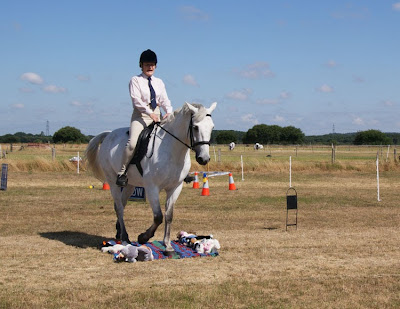 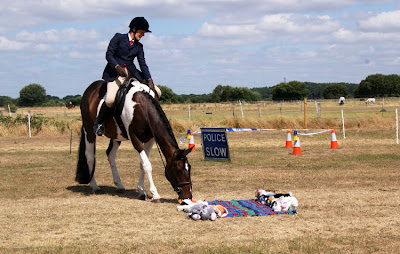 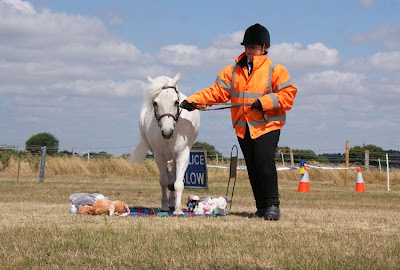 It was time then to put the Dolly Parton hat on the police woman, who didn't seem to mind. 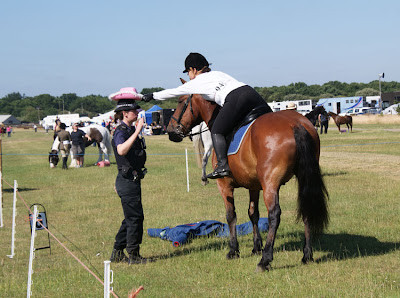 Horses then had to step over a 'dead body' and this proved surprisingly easy for most of them. 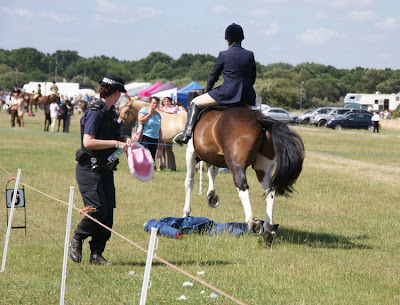 Time to pick up a drink and set it down again without spilling it - or indeed drinking it. 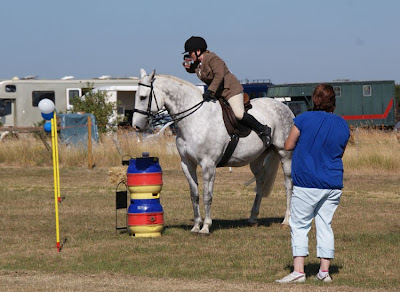 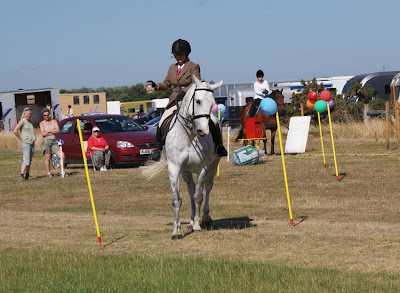 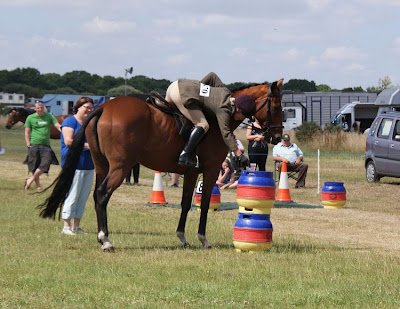 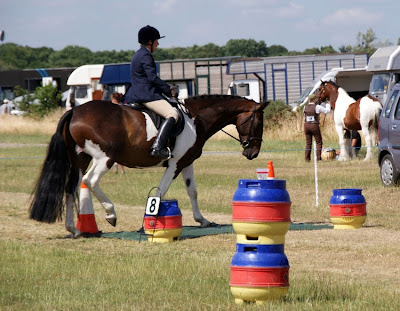 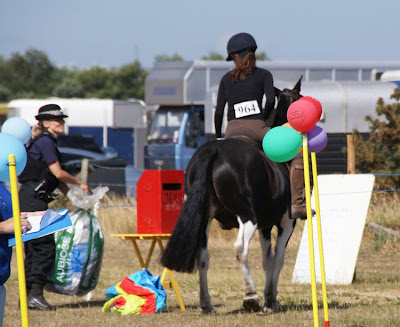 Before taking out the rubbish and putting it down next to the woman with the football rattles. 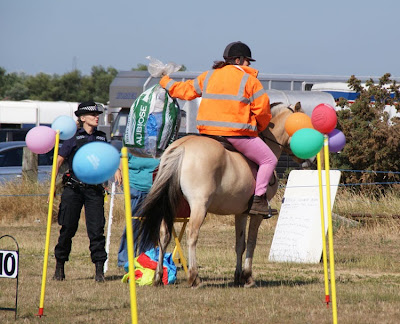 And finally park within the balloons for 20 seconds... 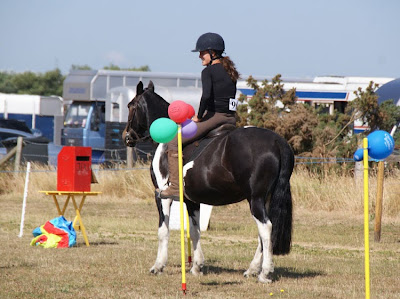 The eventual winner was an ex-racehorse called Corrie 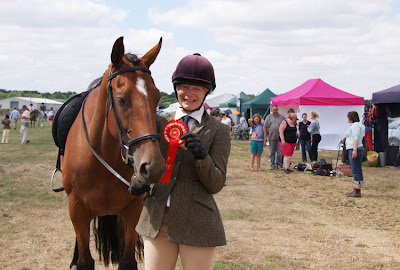