It's amazing to think that people used to think that animals had no feelings. Indeed in some cultures and religions, that is still a wildly held view. As someone who spends far to much time with horses I know that they are in fact just a complete bundle of emotions and that those emotions wrap around each other to give the horse his strength and power; they keep him safe and ensure his survival most of the time. They work together to give him ultimate flexibility when it comes to fright, flight and fight.

When a horse is motivated by his emotions, his capacity for acting and reacting is unhindered by the need to think; he is a completely prey animal. This isn't always convenient for the humans working with him. We have three main options for dealing with those emotions - calm them down, shut them down or contain them. I'm finding a combination of clickered and non-clickered positive rewards, gentle negative reinforcement along with real logic (from the horse's point of view) works very well. I don't want to be adding more and more gadgets and simply coping with a horse's behaviour, even if in time he learns that he is okay, and I certainly don't want to run a horse around in a mindless way that doesn't make sense to him or me in order to take the energy out of him and teach him to go onto automatic pilot.

The pictures below are of Coco (see last week's session) accepting the long reins and starting to work calmly. By good fortune he put his head down to eat as I put the second rein over his bottom and rather than prompting him to go forwards I took this marvellous opportunity to show him that the reins, without more, mean nothing. This week there were no explosive moments, although he did kick out at the reins from time to time. I'm really pleased that I have now connected with the thinking of his brain and, instead of anticipating what I want him to do, he is now walking off steadily and listening in for further instructions. 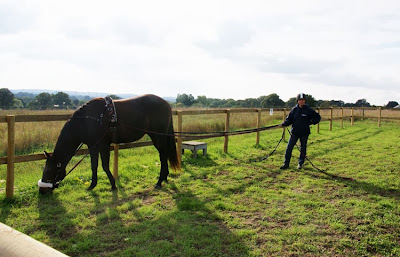 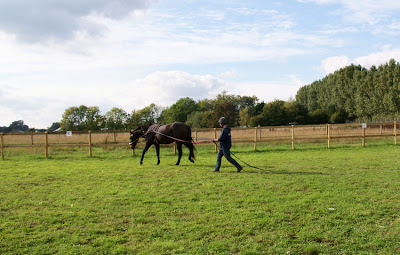 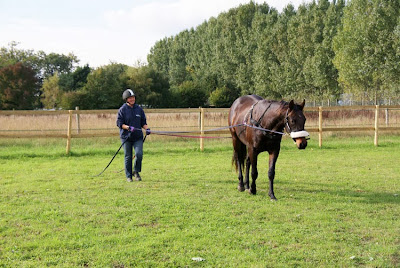 We had a field guest and a house guest last night. George and his owner, Dominic, were due to take part in the Rufus Ride (Endurance) today and needed somewhere nearby to stay. George's arrival coincided with that of the the room service team and although he is not a townie, George was agog. Fortunately he settled down with Nettles while we took Dominic home for supper. 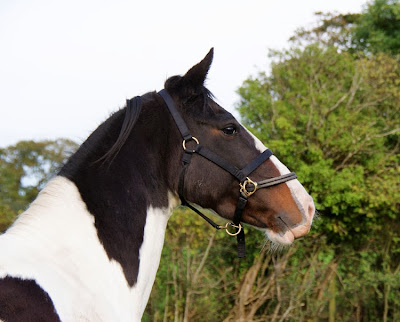 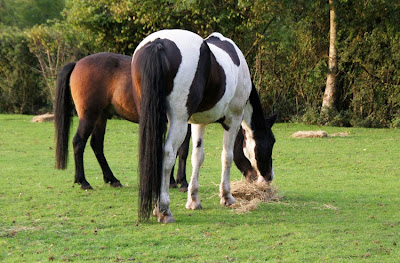 And here's a picture of Dominic and George in full flow during the EGB Rufus Ride, riding as if William the Conqueror were after them..... 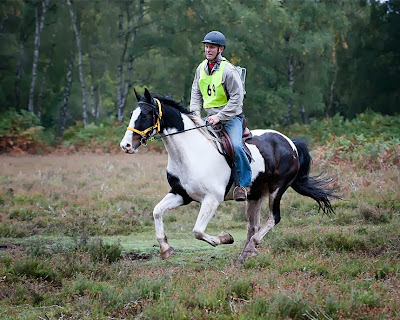