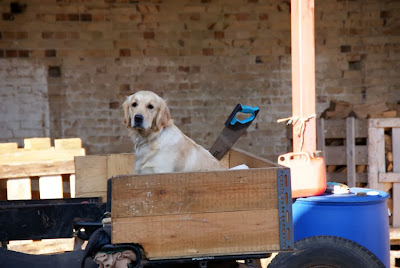 Bearing in mind Sampson's age and his need to be kept interested, we began working on the long lines in the field today but made sure there were obstacles to keep him occupied. Going over, through and round them only three times it was then out on to the tracks to give him his regular quota of migration which he seems to absolutely love. 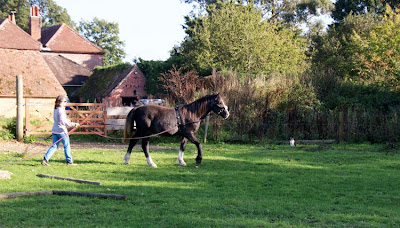 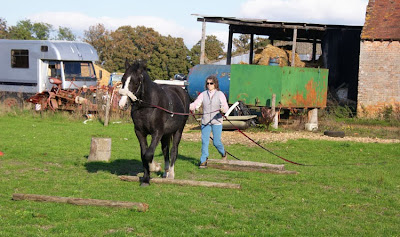 We met up with a son of Wayland Cranberry and had a nice sociable chat before moving on again. Sampson shows little ambivalence about going on alone. Later Theresa started to built in changes of pace into trot and back again. This certainly put a spring in both of their steps. Up went Sampson's tail like a banner in the wind. 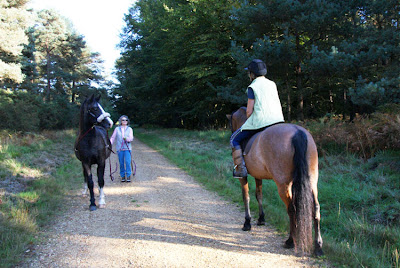 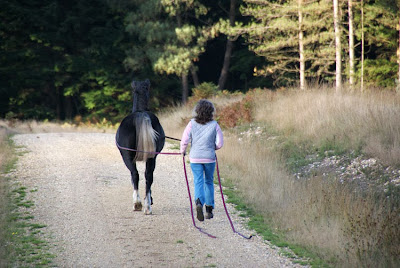 And here is a close-up of Theresa's feet so that you can see that she is actually floating! 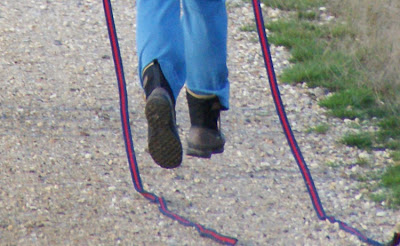 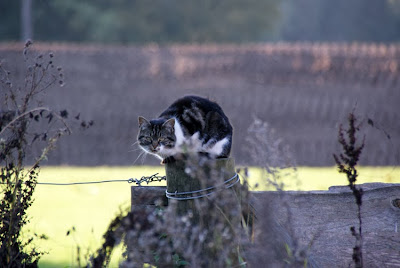