So, a grand total of about half an hour's preparation over the last few days ensured that Theoden stood quietly to be clipped for the very first time. In fact he seemed to enjoy it. So what is it that makes clipping such an unpleasant experience for so many horses and leads to them being restrained, twitched and sedated over and over again. Could it be the attitude of mind with which they are seemingly engaged in battle, a determination to get the whole body done in one go,  clippers that are running too hot or aren't sharp enough or just lack of any preparation?  Theoden is generally quick enough to say if he doesn't like something or thinks that he hasn't been asked nicely. 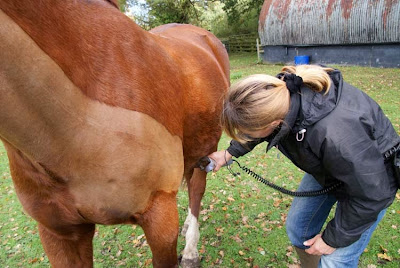 It was great to be working with Sheila Reed again, not only an expert clipper but an IHRA in her own right working from her farm base near Cheltenham. She also runs regular Horse Agility competitions and practices craniosacral therapy on horses. 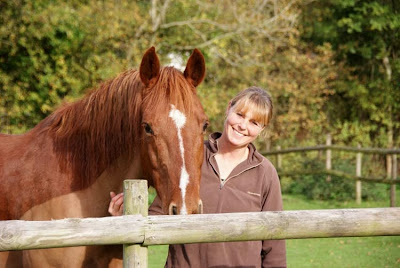 Petra also stood beautifully to be clipped for what was only the second clip of her life. I have explained to Charly that a go-faster stripe does not mean that he can go any faster. 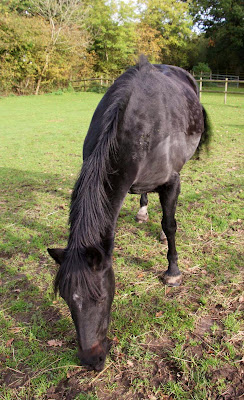 Sheila brought this charming little dog with her who sat like an angel while we worked. We then took her for a well deserved walk around our favourite inclosure and reminisced about all the ponies we have worked with in there. 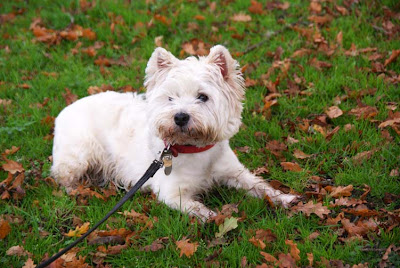