One of the best and cheapest bit of kit I have in my car is a little massager that I bought at a garage. Just £3.99 it has prepared many horses for clipping. Yesterday I started work with Theoden who is due to have a light clip tomorrow. I used clickered treats to reward him for approaching and touching the massager which vibrates and then allowing it to touch him while he was loose and out in the open. When I called him today he came up the field trotting and then allowed me to touch him anywhere I liked with the massager switched on. 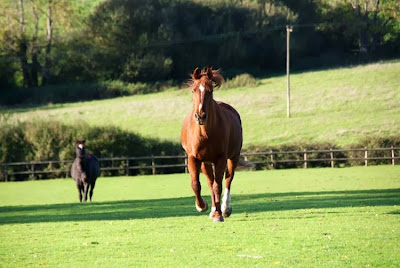 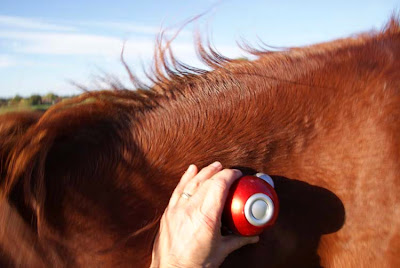 Earlier in the day I did some similar work with Zack. He was quite suspicious of the massager at first but eventually allowed me to touch him on the cheek and under the jaw. Again he was loose, first of all in the stable and then out in the school. It's lovely when a horse has complete choice over whether he joins in with a session and chooses to do so. 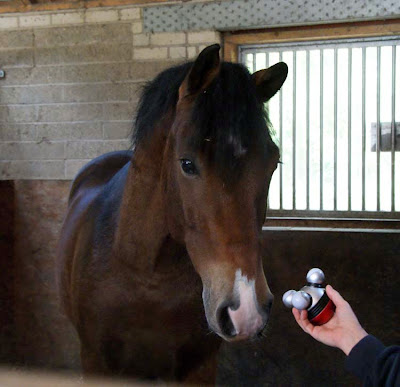 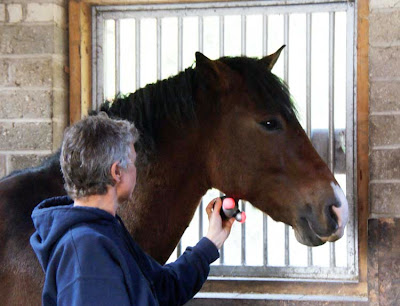 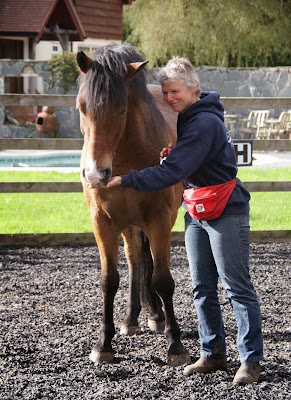 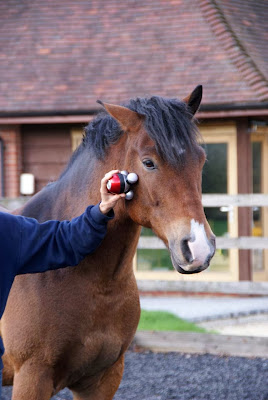 We ended the session by asking Zack to move sideways from the ground. This lateral work is really useful for teaching a horse to be less into-pressure and also helps them to build up their pectoral muscles. Zack caught on very quickly and was soon moving sideways along a pole. 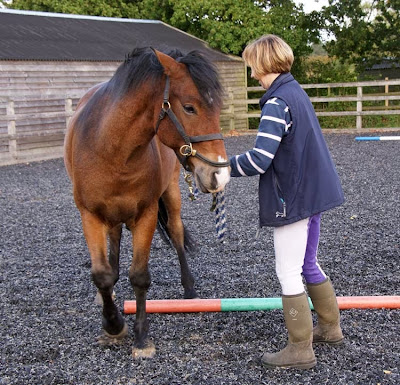 Just time to go out for a ride on Lorraine's son's pony, Paddy. He's a lovely fellow and a really nice ride. 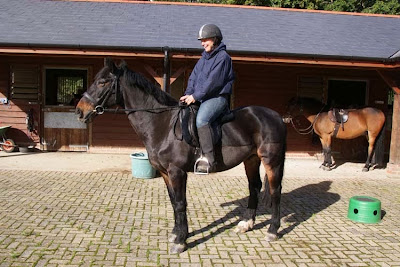