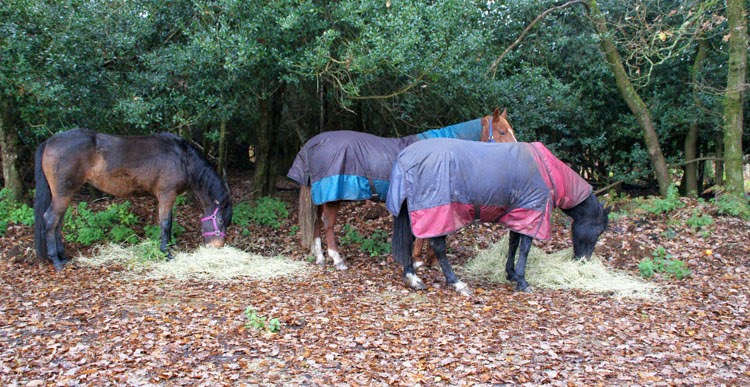 Another quiet day for us today with the farrier coming in the middle of the day. As the ground is pretty muddy thanks to the wet weather and building work, we took refuge in the inclosure to get the horses' feet done. Saves getting a tractor to pull Guy's van out! 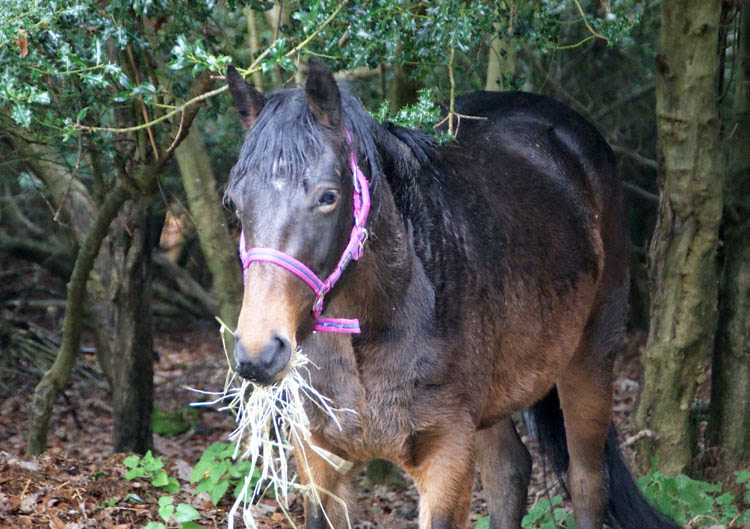 Tracey's horse, Bella, is really as beautiful as her name suggests and looking so fit and well. She has the physique of an eventer and is well over height for a New Forest pony - but who cares?! 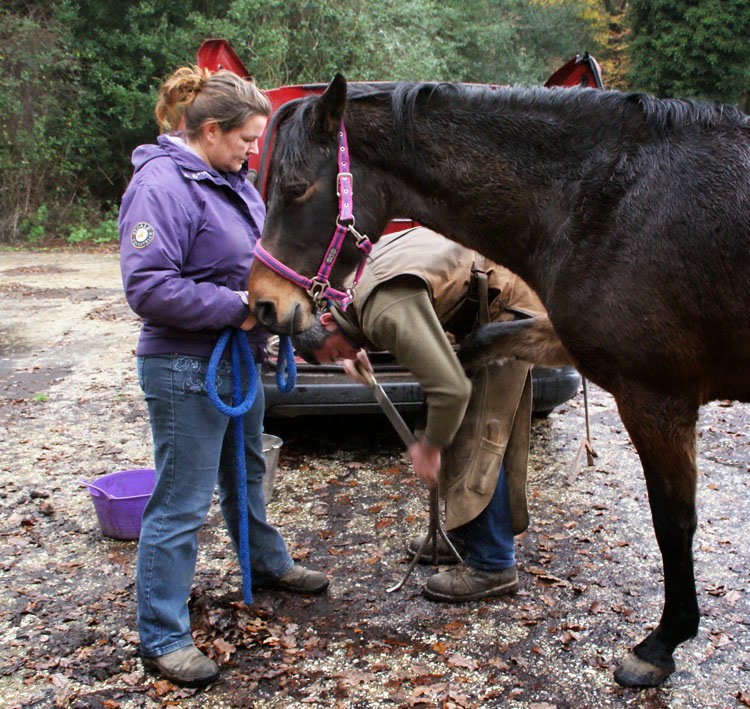 Talking of feet, you will recall David and I working with young Spirit just a couple of weekends ago...


"An update on Spirit...Today Mark came out & did a very successful trim on all four feet. There was a bit of a protest with the hind feet but nothing like before. Mark couldn't believe the difference in her. He didn't think he'd be doing a full trim today at all. We were all over the moon. As for Mark, he's an absolute gem. A huge thank you to you & David for your help, that session in the field shelter really did set her up for success." Liz & Spirit xx


And from Facebook, this is what the trimmer said:

"I read this quote today, and it coincides with a young pony i was recently asked to trim.


About 8 weeks ago when i first met her she was displaying a lot of conflict behaviours whenever i approached her legs - kicking, biting, running away or into myself and the owner. The closer i got to her leg, the more distressed and explosive she would react. The method of the previous farrier was to hoik her leg up and hop around with her until she stopped running around, then get the trimming done. Then give her the leg back. Then repeat the same process on the other 3 legs.

I tend not to use this approach, as i feel it leads to the development of the very behaviour i was presented with - a horse that under no circumstances will allow a stranger to pick up their feet. And rightly so - the feet are very precious to a horse, the tools to run away, or attack. So to ask a flight animal to be voluntarily incapicitated, you'd better be sure you're going to be nice to it, or they might not be so willing to let you have that the next time.

Since the pony had no health problems, the owner involved a professional trainer, as the pony's behaviour was more important at the time than the state of her feet. 8 weeks passed and i heard great things about the progress she was making, with groundwork exercises and clear boundaries being used to improve their relationship.

A few days ago i was back to trim the pony. The situation was one hundred times better, and although i initially just wanted to give her feet a quick rasp for the learning experience, she had come on so well that i was able to give her a full trim. Using advance and retreat, allowing her leg back frequently and lots of positive reinforcement, and confident and corrective handling from the owner, she offered her legs and often held them there for me.

Really pleased the owner had the wisdom to seek external help in making the horse understand the situation in a way that allowed for progression and acceptance, instead of forcing the horse into a conflict situation until she "gave in".

Sometimes you need to take one step back to take two steps forward."


"Judging horsemanship by the speed at which things get done instead of the level of understanding the horse has for the task is like speeding to the airport in attempt to catch a plane we already missed."