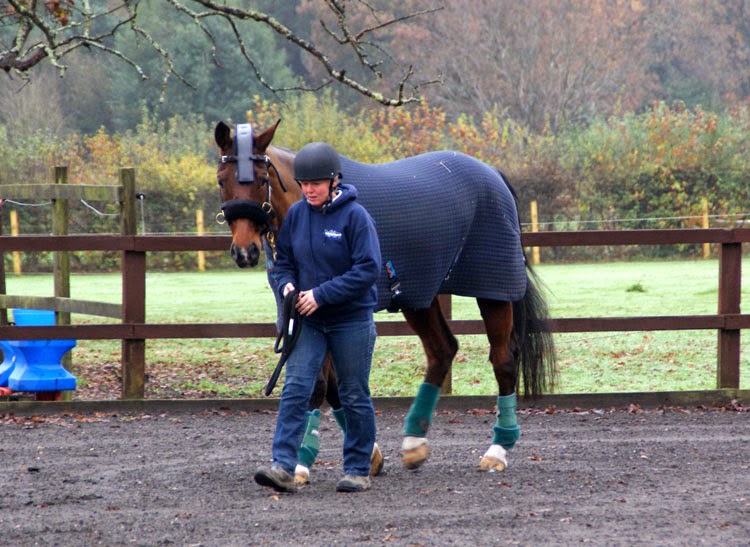 It's been a while since I last saw Dove and the really fabulous news is that she has settled far more into her new home. She's had a couple of outings and won three dressage competitions. 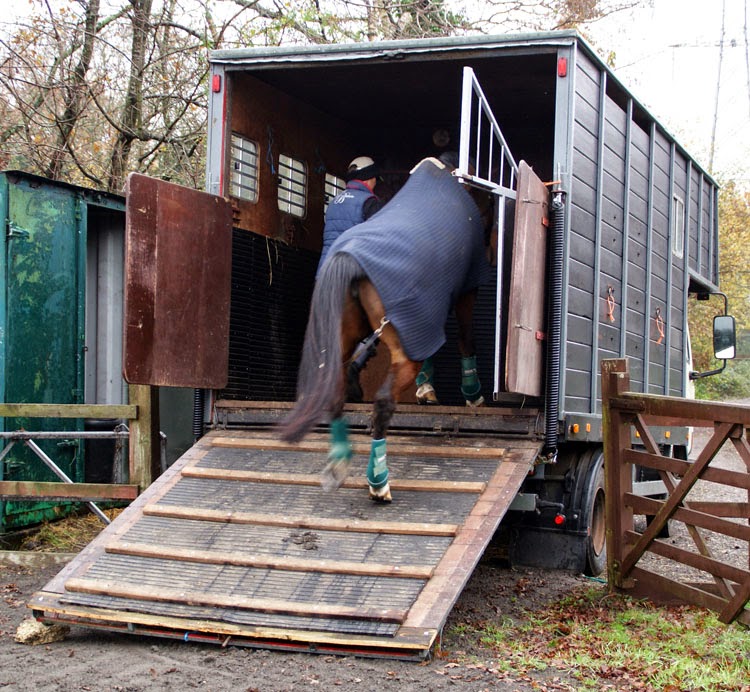 She is much happier loading now but has a very disconcerting habit of leaping off the ramp when she is unlooaded which goes back to her previous home. Recently she leapt from the very top of the ramp and upwards and frightened the living daylights out of everyone who saw her. 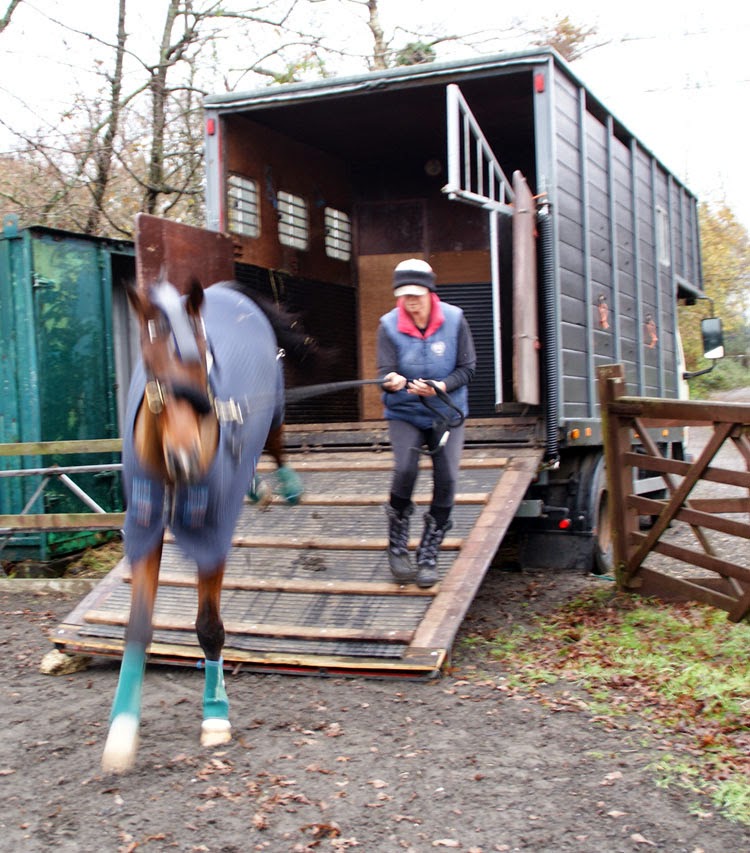 Today we took great care to work on a soft surface and Laura showed me what tends to happen. Obviously this can't go on. We worked with Dove using the panels to set a boundary. At first the panels were still left some way out so that there was no risk that she wouldn't see them and jump right into them. Bit by bit we closed the area down until there was a lot less room and bit by bit she began to put less energy and effort into her leap and start to think about putting her feet on the ramp itself. I helped her to look down at the ramp by putting my own head down and also by giving her clickered treats. There was still a point of no return where she would insist on jumping but with more practise I would hope that she would continue to improve. 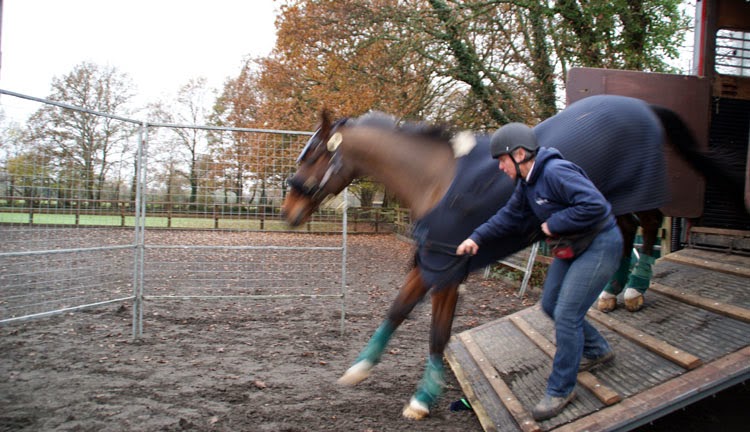 And hear is dear Lenki looking much more relaxed about being enclosed in the horsebox during today's session. 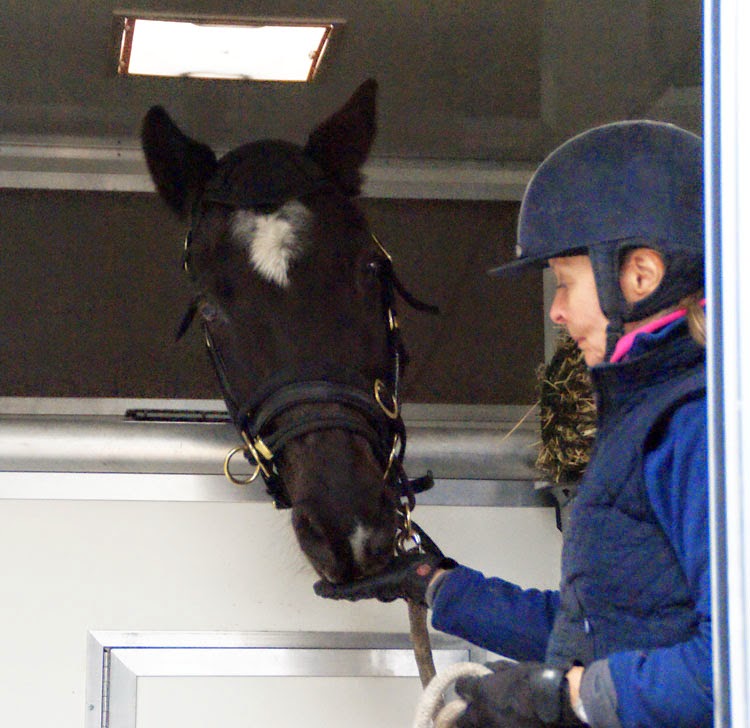 Most of today's pictures were taken by work shadowing student A who is thirteen years old. 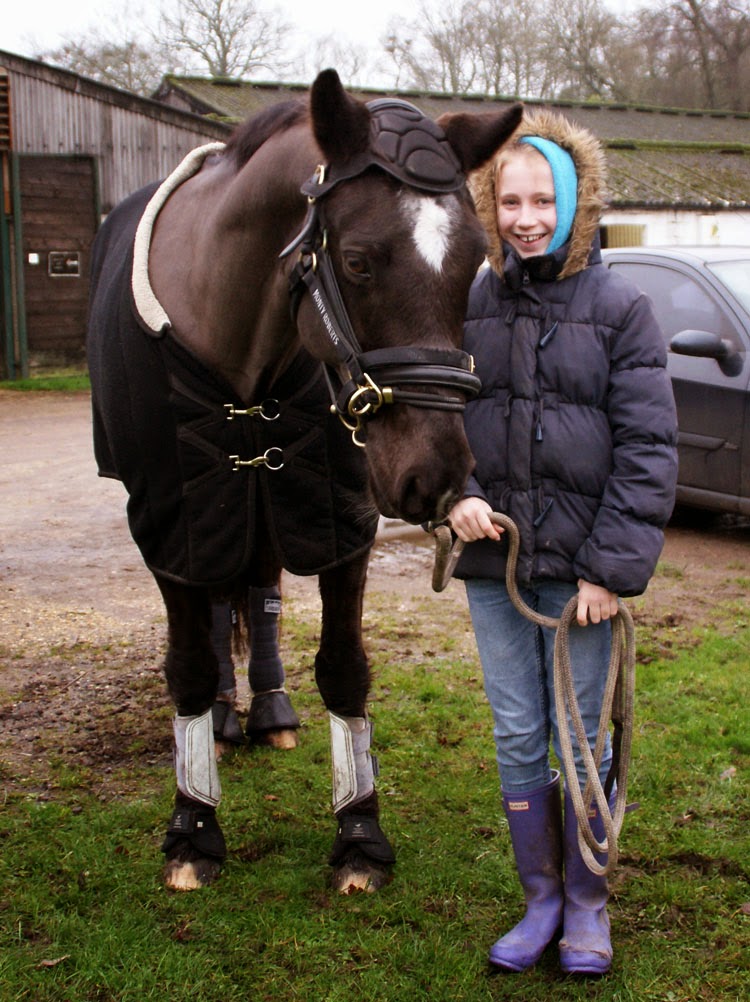 Thank you for taking me on my work shadowing day and for showing me what you do on a day to day basis. I found it very interesting and I learnt many things. Also, thank you for allowing me to take pictures through out the day." AD