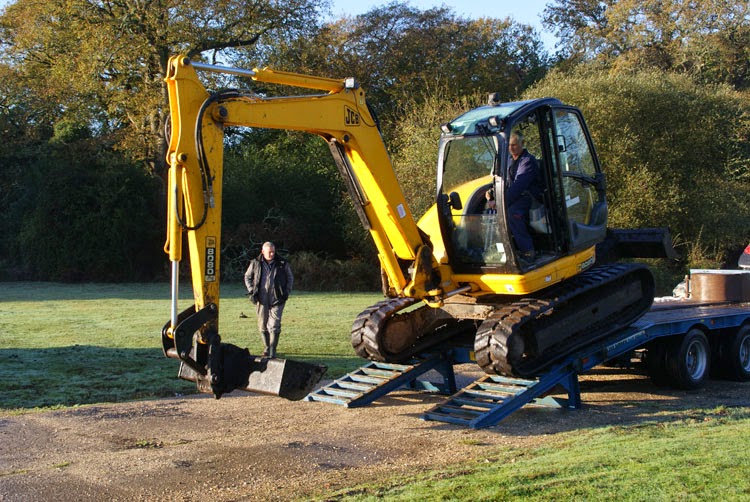 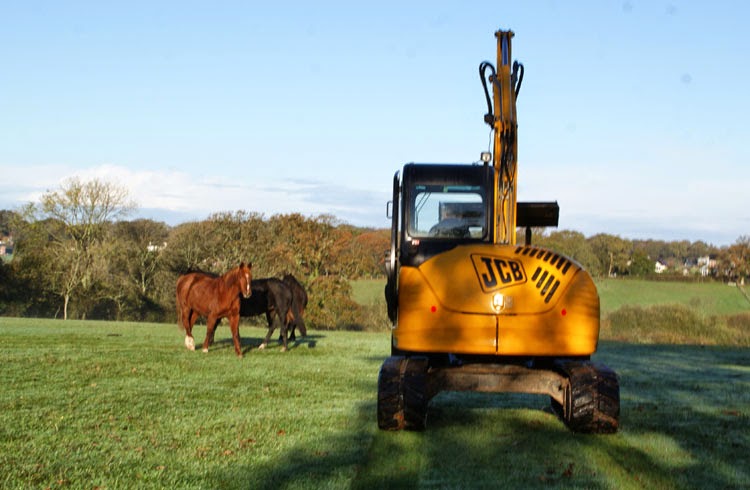 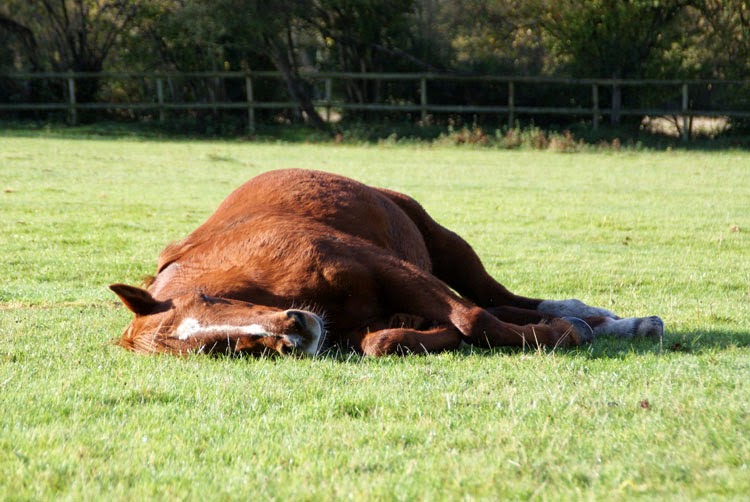 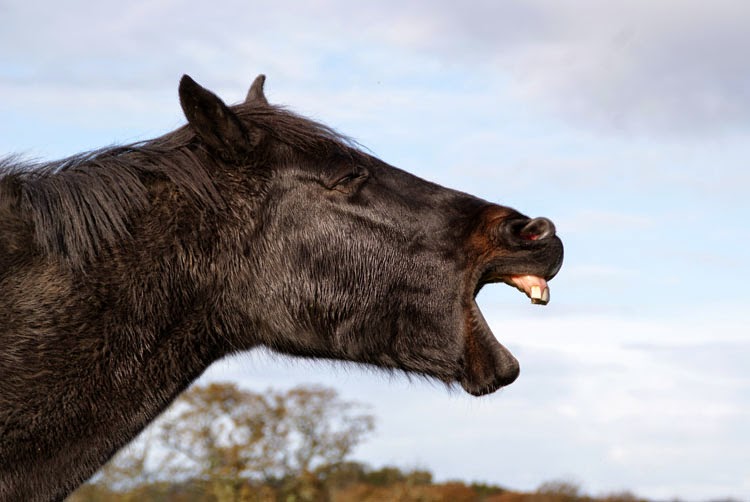 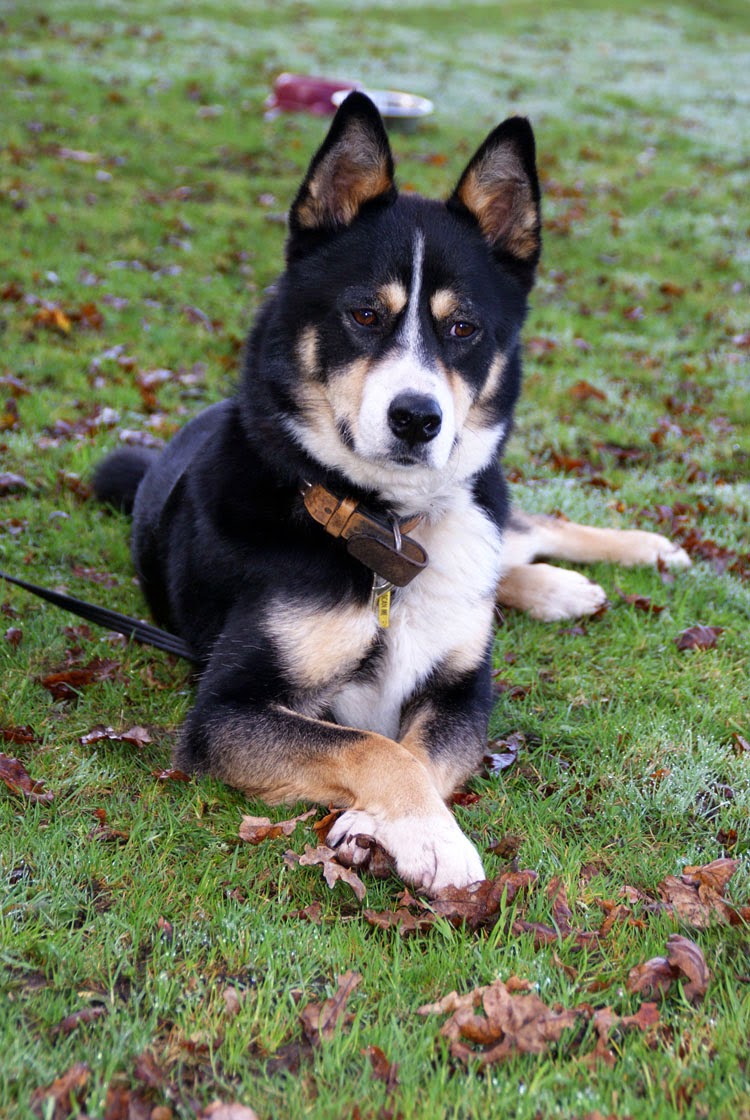 Later, we took Kestrel out for a really boring walk just to look at some boring old traffic whilst walking on the boring old verge (I'd not got my hi-vis on so kept off the road itself). We promised him that just for a change there would be nothing orange hidden in the bushes. I don't want him to think that every time he goes out he is in an episode of Mission Impossible.

And finally we went over to Anna's for her eight weekly farriery visit and that was so boring that we forgot to take a photograph. She was caught within 10 seconds and then we stood and untousled her mane and tail to get all of the sticky buds out until Matt turned up. She was perfect to have her feet done too although she pulled some awful faces at him.