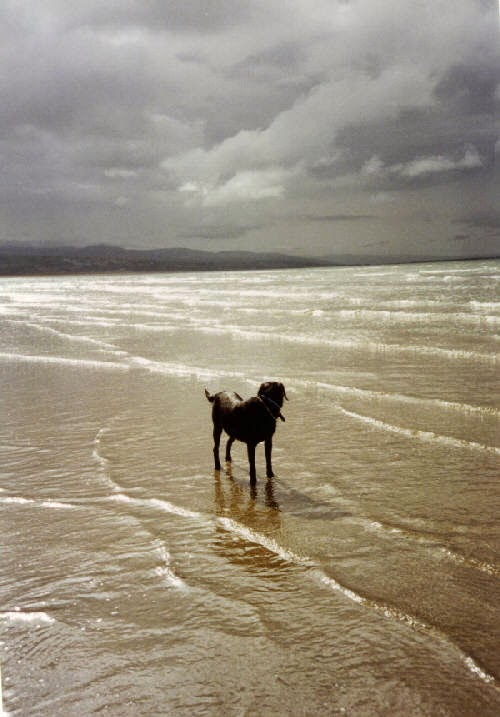 In floods of tears last night and not for the first time. I've hesitated to tell this story because I am still wracked by guilt and sadness even all these years later. I think it has all come to the fore because of the two dogs that have come with the building team at the fields. One is a Labrador and the other a rescued Husky cross Border Collie. Even though this dog has only been with his new owner for a week, you can see that he is already devoted to him. I was devoted to my dogs but couldn't make life right for them.

Twenty years ago I was living in Northamptonshire and had a very short and very unsuccessful marriage. I had bought my husband a Labrador puppy for his birthday and we called him Baggie. When we split up my ex-husband quite rightly took Baggie with him but later I learned that he was being kept in the garage at night because D's girlfriend wouldn't let him in the house. One huge Sarah fit later and Baggie was living with me.

I found a job in Dorset and leapt at the opportunity to move away. The culture at the court that I began working for was long working days and I had an hour's drive home after that. Baggie was spending long periods of time alone, although I paid for someone to take for a good walk at lunchtime, and I would come home to find that he had written 'lonely' with pieces of coal on the carpet. 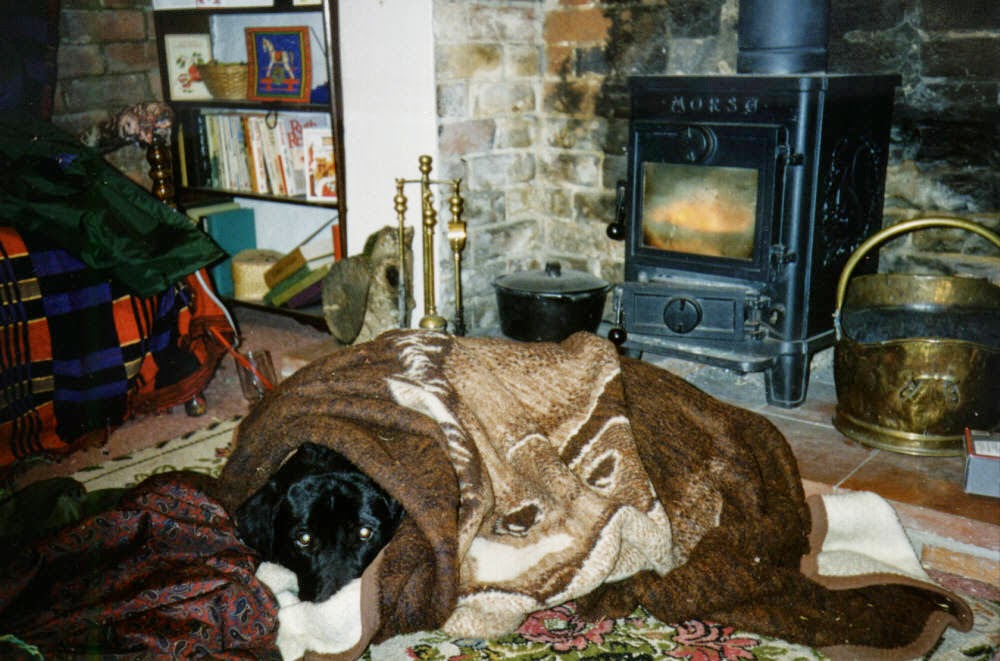 As soon as I had my own house, rather than renting, I decided that I should get another dog to keep Baggie company. I contacted a rescue organisation and went off one evening to meet a dog I had chosen from a photograph. That in itself was very hard because some of the photos had "Too ugly to be appealing" written on them and still I had chosen a pretty dog. The dogs all came from Liverpool in a big van and the people who had signed up for them were asked to put their hands inside the van and just take any lead - by complete coincidence, Nina was at the end of mine. I took her home and on the way we fetched a curry. She settled in with Baggie straight away but she was instantly attached to me. 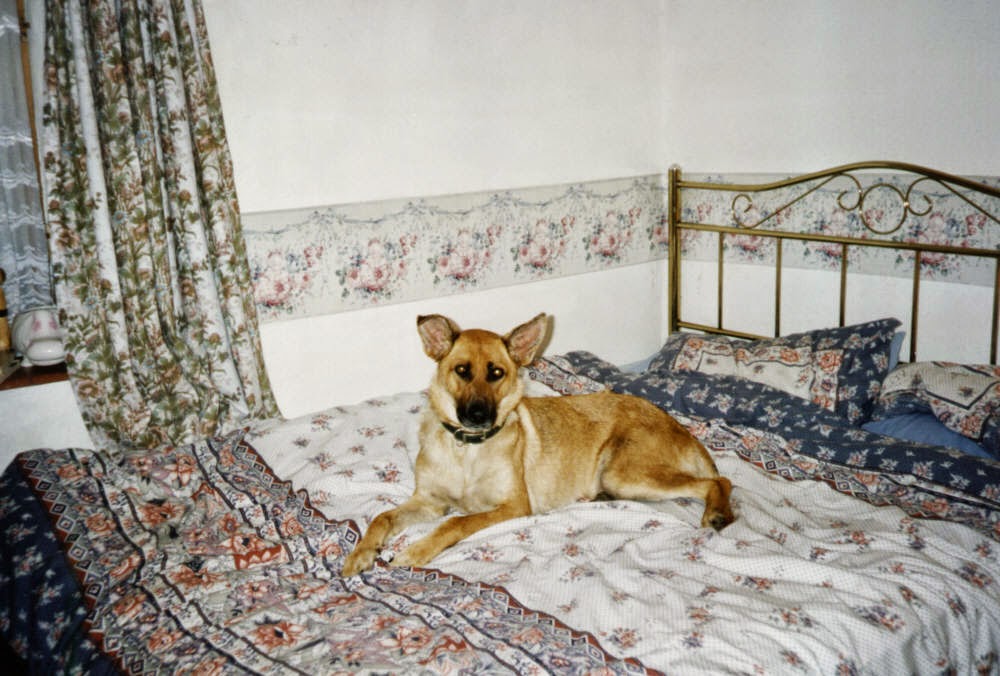 Life went on but now instead of one lonely dog I had two. During the day they stayed in a 24' stable with a bed and blankets raised off the floor, stacks of toys, bones and things to chew, and I continued to pay someone to take them for a good long walk every lunchtime. In the evenings and at weekends we walked for miles and miles and they went to Dartmoor on holiday with me and walked for four hours a day. They would come home and ten minutes later they would want to go again. Nevertheless, they were spending every day wanting my company even though they had each other's. 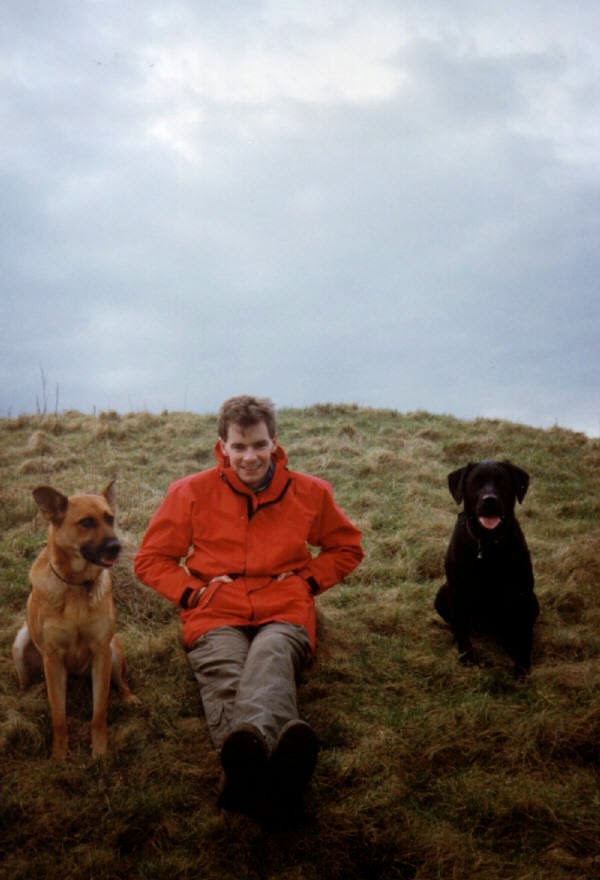 Very slowly I came to the realisation that I would have to re-home them. I seemed to have no way out of my job at the time and no other way of resolving the situation. Baggie went to a couple who had split shifts so that one of them would be home almost all of the time. Nina went to a man with a big family and another dog but wanted a dog he could take out on the road all day every day and Nina loved cars. When he said he didn't smoke that sealed the deal but I never saw her again. I only saw Baggie once.

They are both long gone now and at peace wherever they are. I just wonder if they missed me like I miss them and I really hope not. I wonder if they wondered where I was or how I could have let them down so badly. I hope they were too busy and happy to give it much thought. Sometimes doing the right thing for somebody else seems impossibly difficult. My heart was in the right place but it was broken. 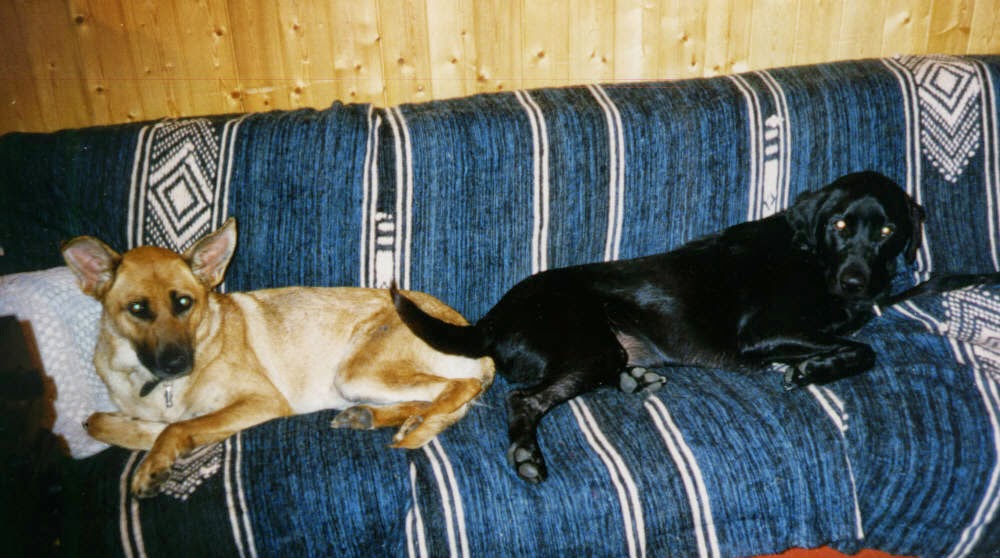 So, for those who have always wondered, this is why I have never had a dog since.


Posted by Loisaba Wildlife Conservancy at 8:44 AM