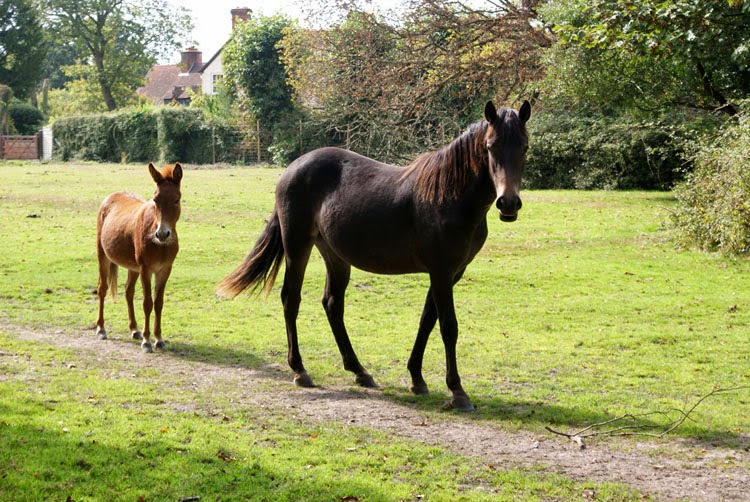 I am really terribly sad to have to report that Little Red Mule's mother was killed on the road this morning. I came across her body as I went off to work. She had an Agister Aware sticker across her bottom and she had been clipped by the Agister so that he could tell from her brand who she belonged to. I don't know whether she was already dead when he got there or whether he had to shoot her.

On this occasion the driver of the vehicle had stopped at the scene and reported the accident to the police, and was still there when I got there. I don't know and I didn't ask whether the accident was his fault, all I can tell you is that he looked absolutely devastated and shocked. He'd been waiting some three hours for his vehicle to be recovered with it's smashed windscreen and wing mirror, and all that time her body was just across the road. He'd had plenty of time to think. Unless you are someone who is completely heartless (and he clearly wasn't) you can't help but be upset by an event like this. (Just so that you know, I felt very sorry for him, and made sure he had something to eat before I left him). 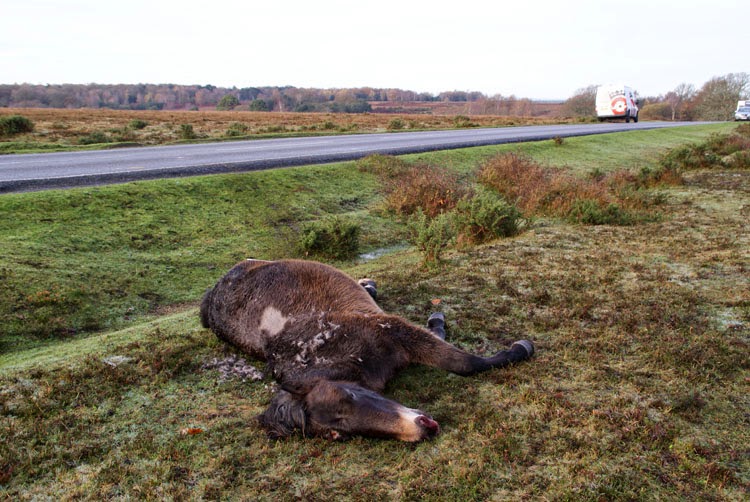 Fortunately Little Red Mule appeared to be fine with the rest of her family. She's a yearling now so she doesn't need her mother nutritionally but they were still very connected emotionally. Her mother's body had been taken away by the time I came home so that should lessen the risk of her crossing and re-crossing the road to be with her.  I know the Commoner who owns this pony and he describes her as his best mare so no doubt he will be pretty fed up about it. 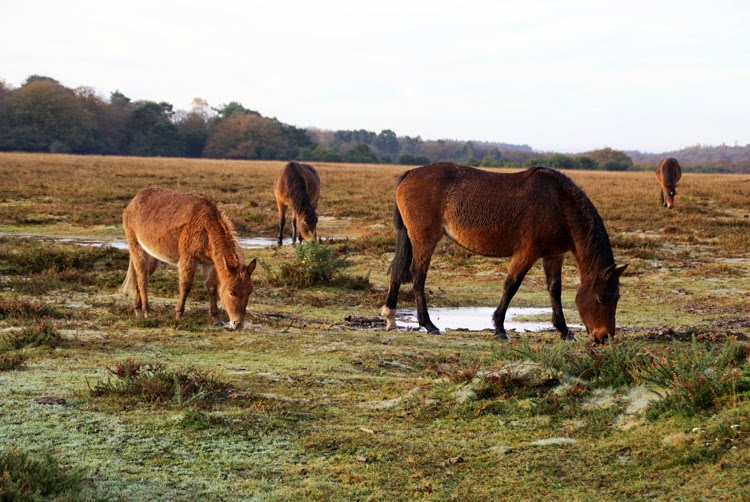