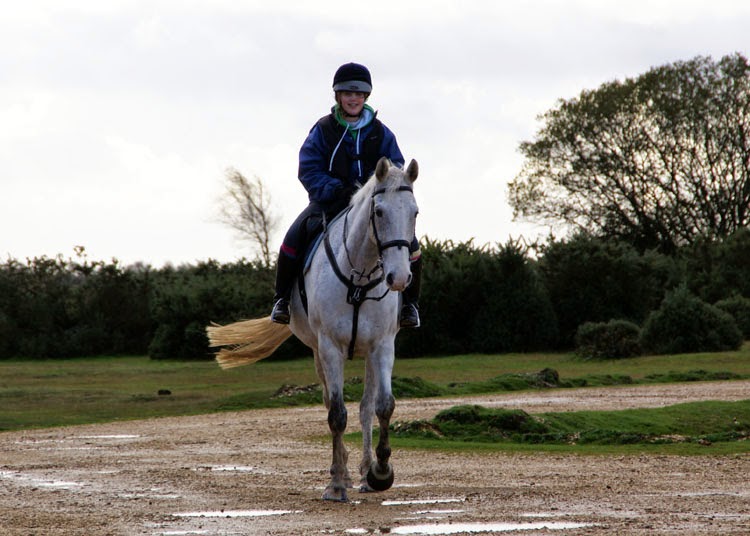 Gorgeous McGinty was the first of two 'rode and load' horses that we are working with this week. Like an awful lot of horses he is okay to load at home but not so keen on loading to go back. We can meet people and their horse more or less anywhere and help them to work on the loading problem and we always bring the panels as a precaution just in case it really is proving to be a big problem. 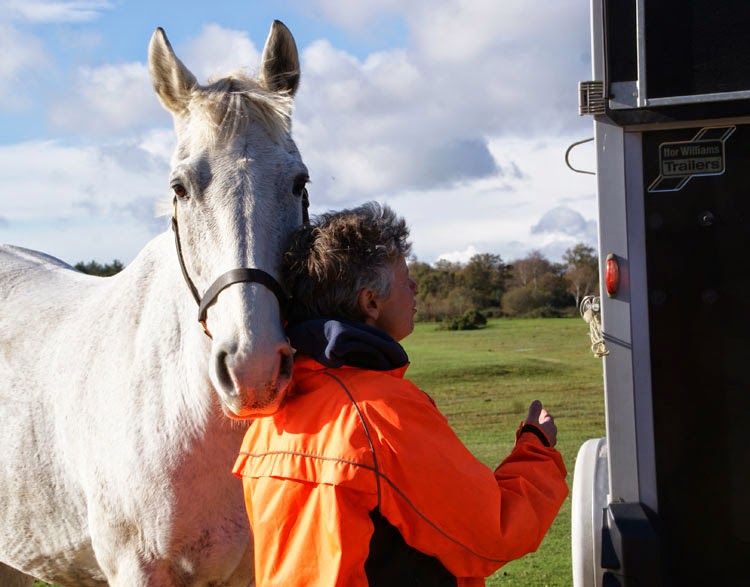 In McGinty's case his reluctance follows a recent occasion when he was loaded onto an unfamiliar horsebox instead of his usual trailer; something about that journey and the difficult loading to come home has really put him off. 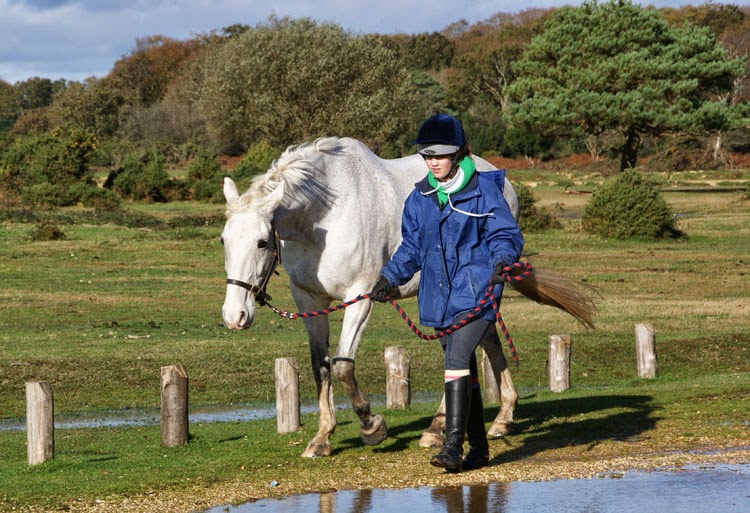 We started with a bit of groundwork and this revealed a really beautiful relationship between McGinty and his owner. Without any deliberate training he matches her stride for stride, fast or slow and seems to trust her implicitly. Despite all of the comings and going in the car park, he just stood and watched. 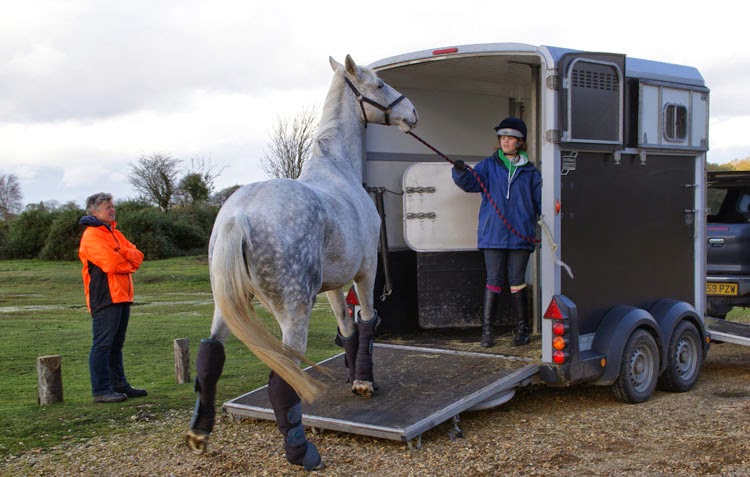 When a horse is this nice and this polite I am certain that his worries are entirely genuine - actually I always believe that a horse's worries are genuine but this illustrates it really well. McGinty planted his front feet on the ramp and his back feet on the ground. 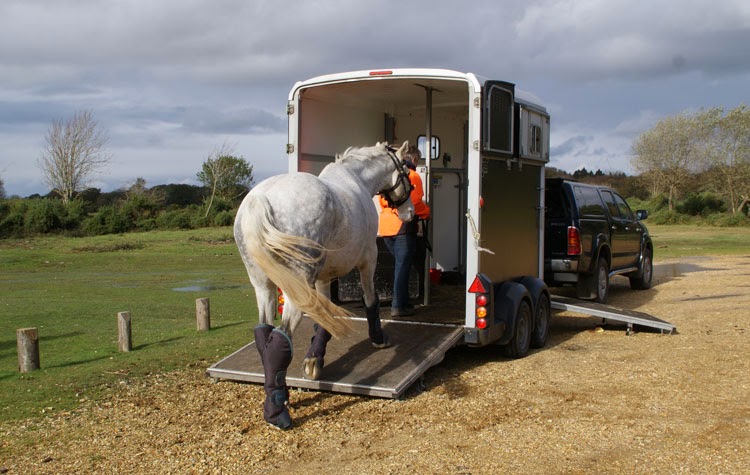 We worked with soft pressure and release and clickered treats and he started to go in and out very sweetly. The tasty mix in the red bucket also tipped the balance! 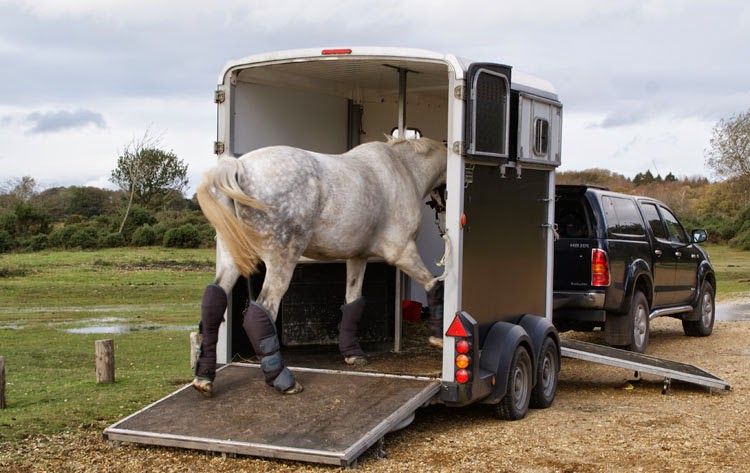 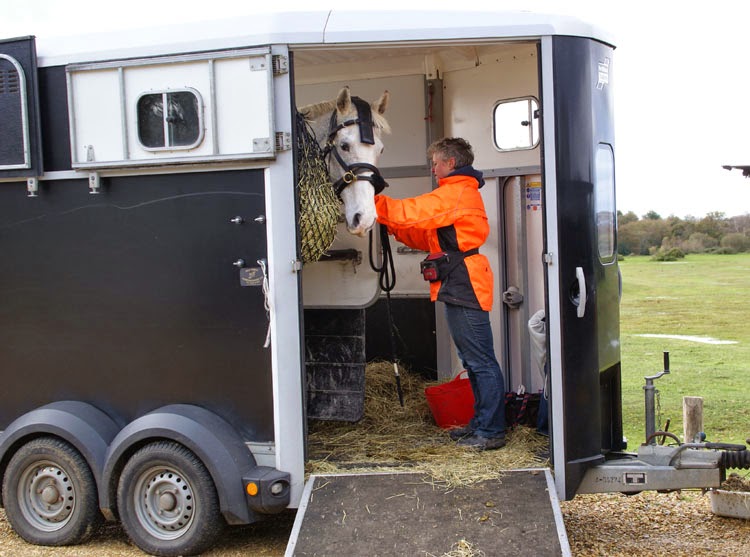 "Now home and once out of the car park travelled like a dream as usual ..! I would like to thank you so much for your help and guidance and I was pleased that we managed to tackle the issue that I was genuinely concerned about in a positive step by step way."


Our next stop was near Brockenhurst where we met up with Tigerlily again for another session of clickered starting. These sessions are raising interesting issues about consent and control. Acquiring both is not easy. 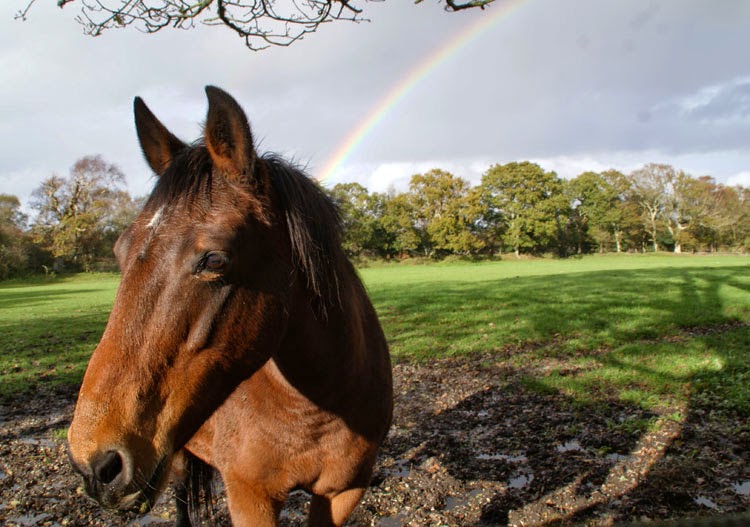 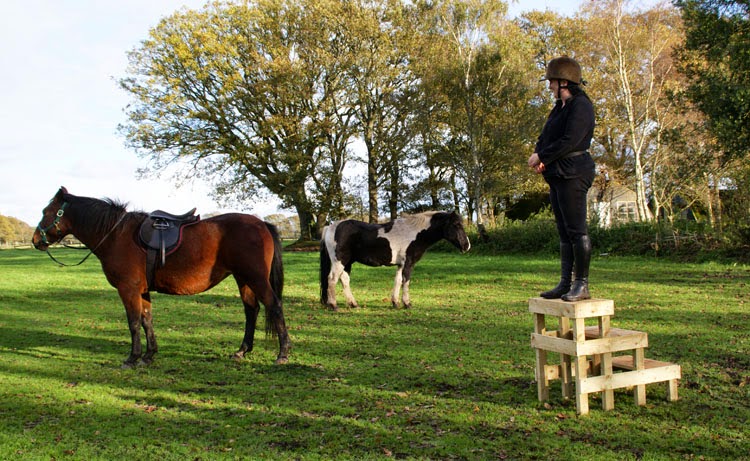 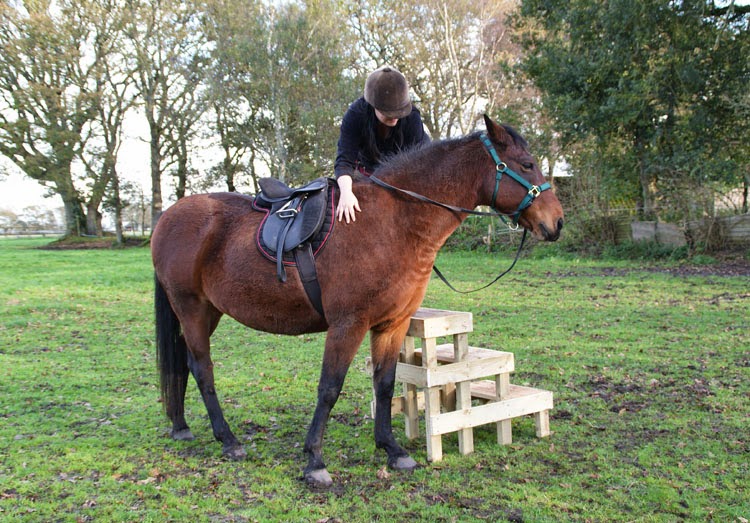 " These photos pretty much sum up today's TigerLily lesson. The outcome of working within a horse's consent is that you won't always get it and will thus spend an hour on a mounting box negotiating unsuccessfully. I did make it onboard at one point, but my hip locked up painfully (as happens sometimes!) and TigerLily got impatient that I wasn't rewarding her co-operation fast enough. So I had to jump off and regain the use of my hip and after that TigerLily wasn't really up for accomodating me. To be fair, it was rainy, windy, rainbow weather (which always makes the horses a little crazy - she was actually very sane considering the rainbows!) - and it was her first encounter with the new mounting block. So it was probably a bit much for her to navigate with her usual grace(!). Ah well - another day, another adventure. We will spend tiem working with the new mounting block so that she is laid back about it and hoof-perfect for next lesson. At least that's the plan!." CW 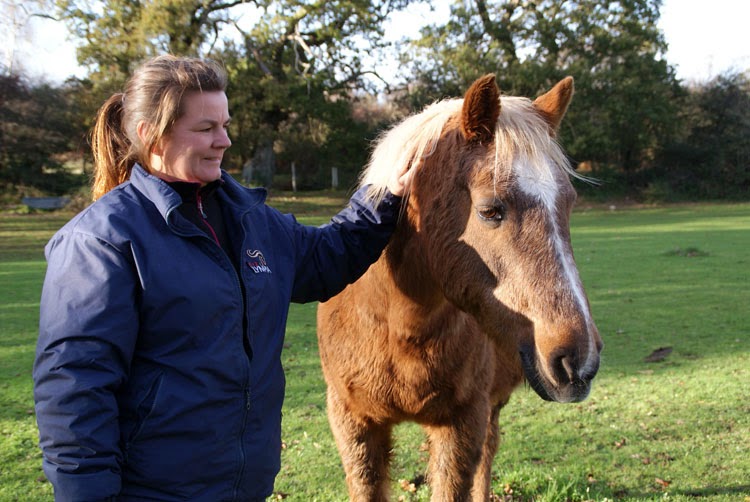 As usual I was fortunate to have Tracey with me.
Posted by Loisaba Wildlife Conservancy at 9:15 PM