There was an Icelandic invasion at Fritham this morning with Jane and her two mates, with three Icelandic Horses going out for a ride. They would have had the place to themselves as everyone else had gone to the Rockbourne Ride! 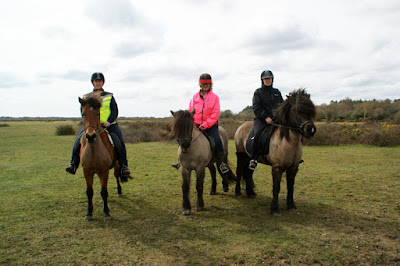 We had Bear in the back of the trailer to take him home. He loaded in an instant and travelled really well. You can (just about) see that he has parked his bottom in the corner and is facing the back on a diagonal as horses always seem to do if given a choice in the matter. 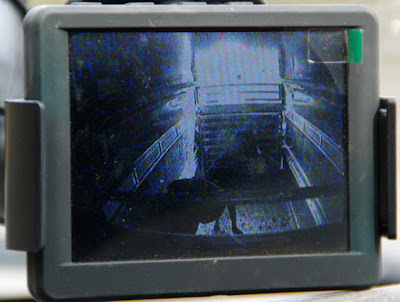 He arrived cool and calm and unloaded like an old hand. 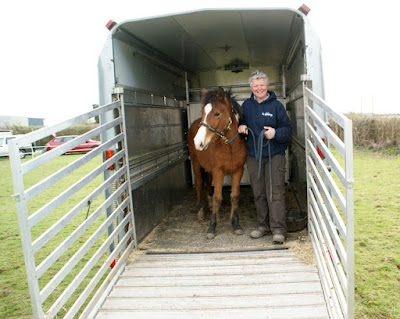 He didn't rush off when I let him go and I even caught him again just a few seconds later. 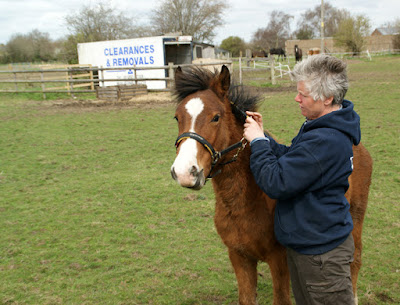 Then he was reunited with his field mate Jack and that was a beautiful moment. Bear has grown in confidence since he left and therefore they will have to renegotiate their contract but there was no doubt they were pleased to see each other. 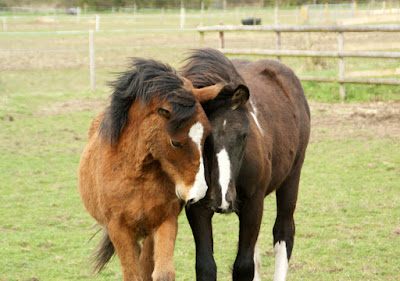 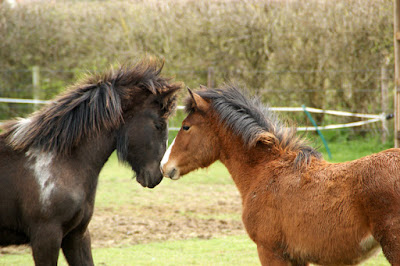 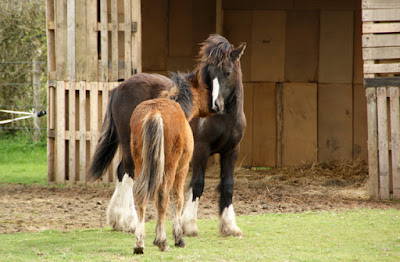 I wasn't too upset to see the two of them going off together as I shall be seeing them again on Wednesday when I go to work with Jack. 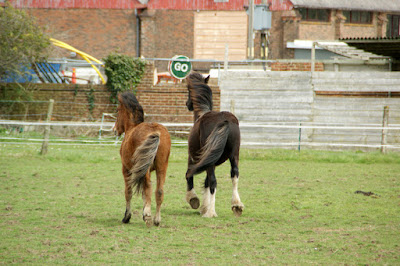 Once we left them it was a quick dash back across the Forest as fast as an empty trailer would allow us to go so that we could make it to Teresa's Lamb Weekend which she was running in aid of the Bodmin Moor Pony Rehabilitation fund. It was lovely to see Crystal who is in fact a Dartmoor Hill Pony. Teresa has recently found her a new home where she will be able to progress even further with her training while Teresa concentrates on all of her other animals... 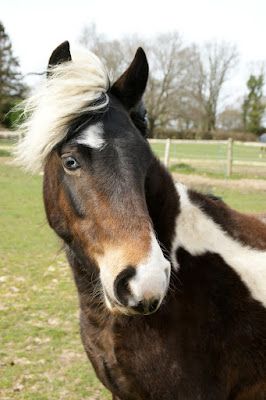 ...which include lots of sheep! 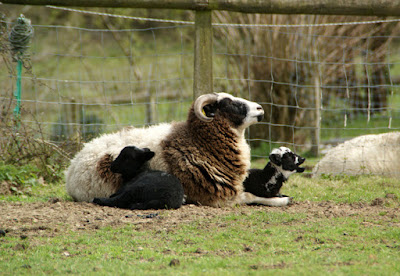 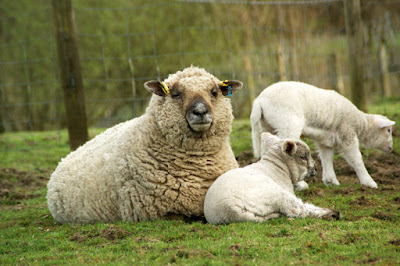 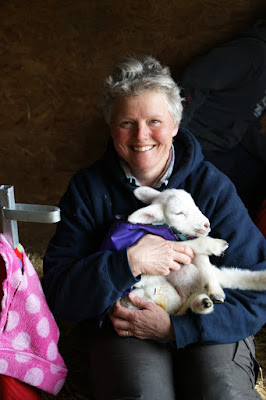 On our way home we spotted a filly that may be the first foal born on the Forest this year. She's a whacking great girl with a full winter coat which is fortunate because it was bitter this afternoon. 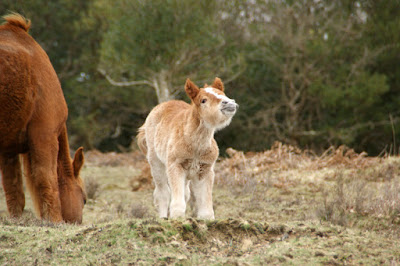 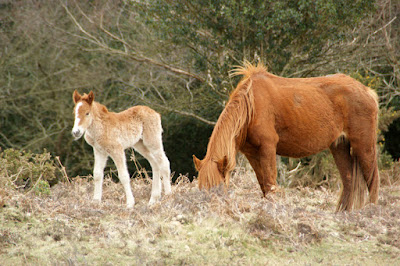