Beautiful Paragon wanted to personally supervise the stocking up of his treat package today. 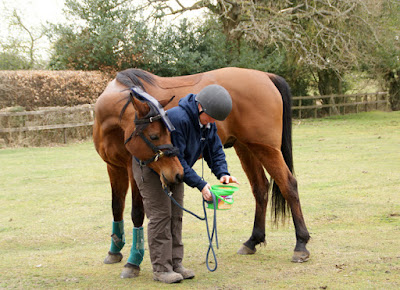 We also needed to make sure that he was relaxed about the fake back bar, a pink swimming woggle, which we would use later. 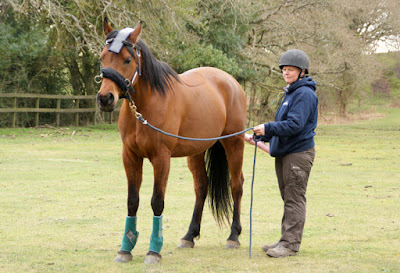 He very quickly reached the point where we left of last time, walking in and out of the trailer with the partition in place and the panels wide open. 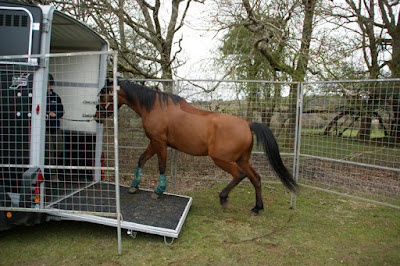 He also accepted the fake bar behind him and didn't try to push through it... 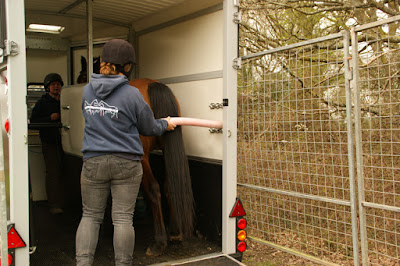 so we were able to put the real thing in place. 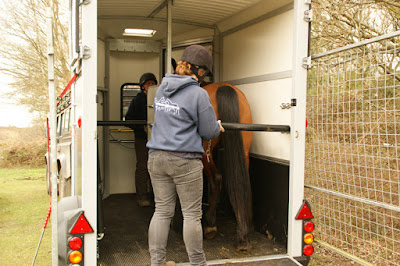 He wasn't so happy when the front bar was put in place, hesitating straight away when he saw it and then reluctant to go up close to it. Once again I am advocating padding it so that it cannot bruise him when he eventually travels again. We left today's session at the point where he was going in and staying in. 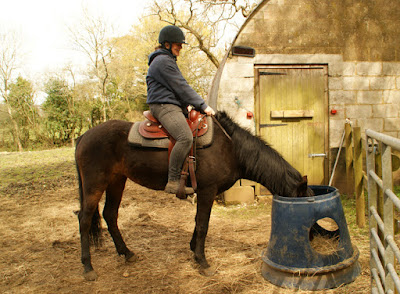 Bella has recently come back into work after the winter. When we took her out yesterday she was very calm and responsive. The only slight hitch was when she was asked to stop for a minute or two. When she set off again there was a sudden surge of energy and this is something we have noticed before even when it has been her decision to stop for a poo or a wee. Today we started work on asking her to just stand still with a rider on board. Tracey just mooched around the yard allowing Bella to eat her hay and her feed. 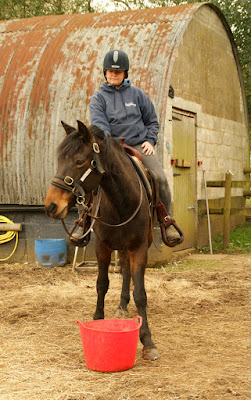 Jack had a new running partner this afternoon and seemed very pleased to be out in the sunshine. 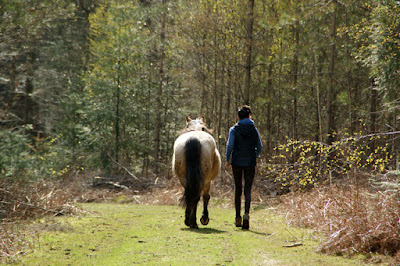 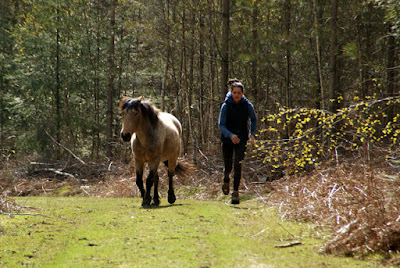 p.s. This padding to the bar was made by Partition Pads UK. I shall make enquiries as to how thick they can make them. 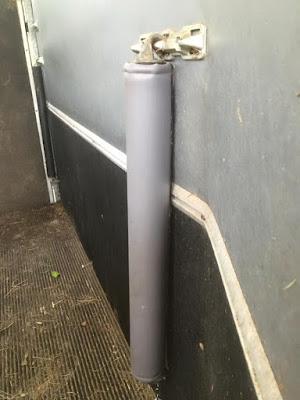