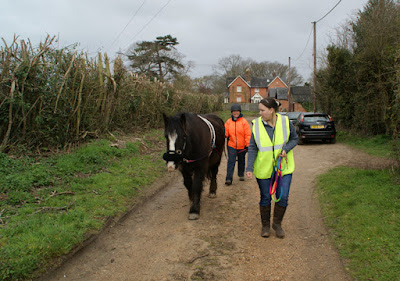 Although winter has stopped people being able to do a lot with their horses over the winter, Kym has been doing steady consistent and clear work with her rising three year old cob, Elmo. As a result he is light and soft in all directions - forwards, backwards, and sideways. He feels really nice. 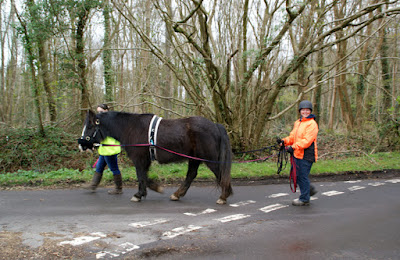 Today I was able to (gently) throw long reins on him and take him out up the track and along the lanes. 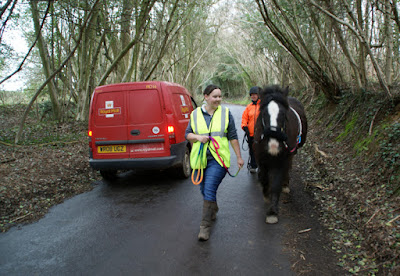 He was great with passing traffic. 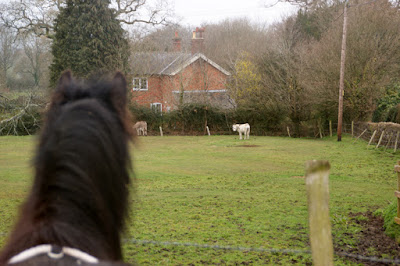 Having gone up the hill we then went downhill to see the donkeys which seem to worry him quite a lot. 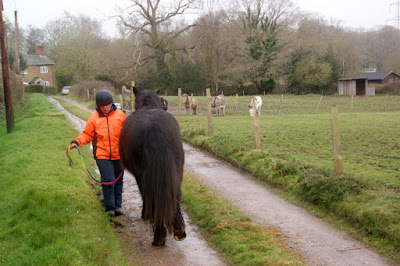 Here I am using what some so-called scientific trainers call over-shadowing, which is basically giving him something else to do and think about when he is worried about something. This doesn't have to be especially energetic or difficult to do. All I am doing here is five steps forward and four back. This has the effect of lowering his adrenalin and respiration rate. 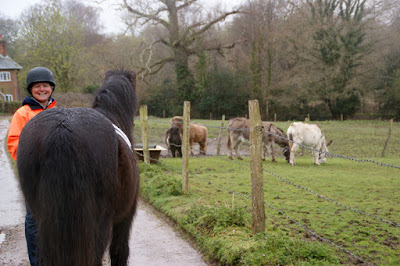 We also spent time simply observing the donkeys - through the windscreen and... 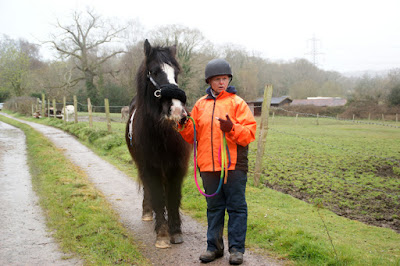 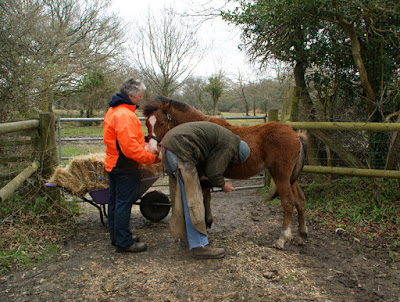 Bear excelled himself once more, having his feet trimmed in a howling gale and sideways rain. 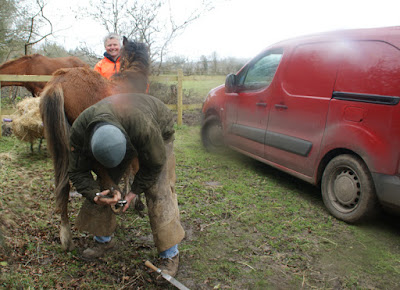 Darling Petra kept a close eye on the proceedings. 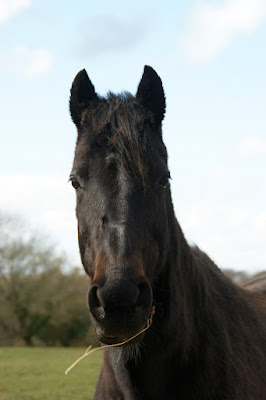