It's always lovely to be reunited with horses and ponies whose training seemed a bit like a miracle. First one today was lovely Dina, the 15 year old Arabian mare who had been difficult, sometimes impossible, to catch for six years. Just one session on catching with clicker and she has been caught each time, every time, for over a year now. 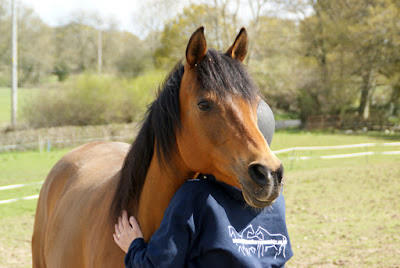 Today we were having a recap of desensitisation techniques but we were not alone. With the school out of bounds because of colts next door, we had to work in the field with Sam (below) and Jazz (further below) in attendance. 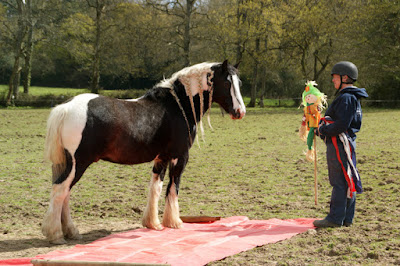 It's marvellous when loose horses choose to investigate and test different obstacles but there is an important learning point here. The obstacles need to be weighted or tied down and closely supervised if the horses are to be desensitised rather than sensitised. One false move here with a horse taking something into it's mouth, clamping it's jaw in surprise, and then taking off, could lead to a disaster. 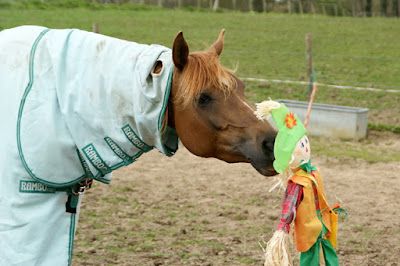 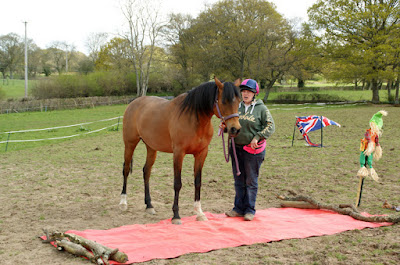 It's been almost a year since Dina was asked to go over any of the obstacles and she is much more nervous than her confident daughter. Nevertheless she was willing to give things a go pretty quickly proving that she remembers the lessons from before. 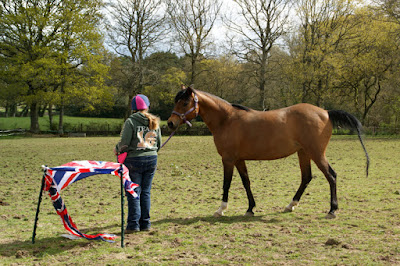 Sam decided that he was a very British cob... 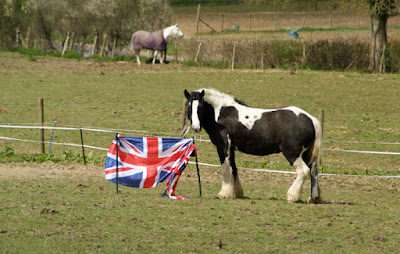 ...and Jazz led the way with the brolly. 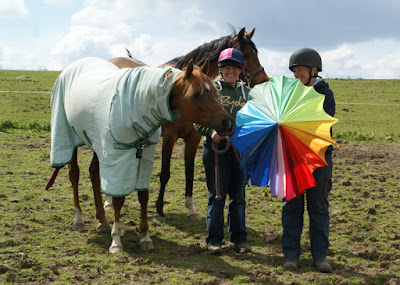 When your client admits to only needing a 'kick up the bum' to get going again there's plenty of time to take pictures of them standing in front of the bluebells. 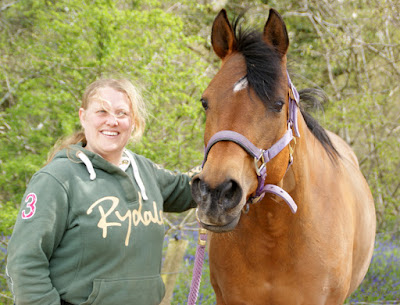 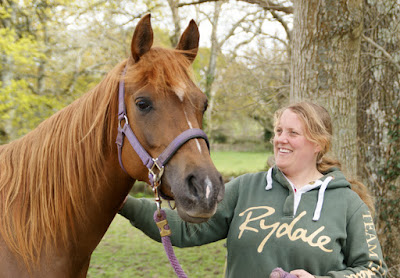 This afternoon it was over to Throop to load Jack and Bear to go to their new field. It didn't take very long and was done quietly. 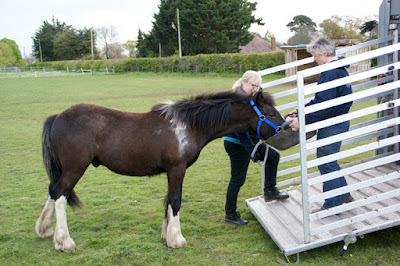 Lou and Lorraine loaned my trailer to move them which meant that they (the ponies!) could travel loose in their separate compartments.

Once at their new place they met up with their new neighbours, synchronising ... 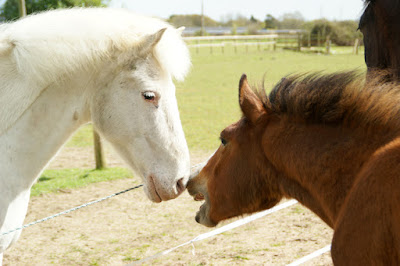 ...and showing correct social skills such as mouth snapping... 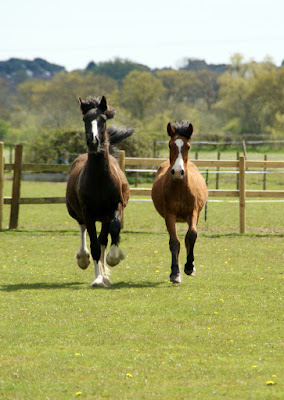 ...and testing out their escape drill. I consider Bear one of my other miracle ponies since he pretty much changed course within two days of training when he stayed with me.
Posted by Loisaba Wildlife Conservancy at 9:02 PM