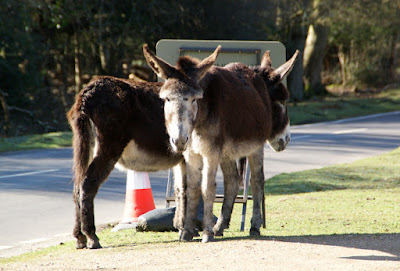 A full day with the beautiful Forest to look at at both ends. Donkeys hanging out on street corners and everyone enjoying the sunshine and a rest. 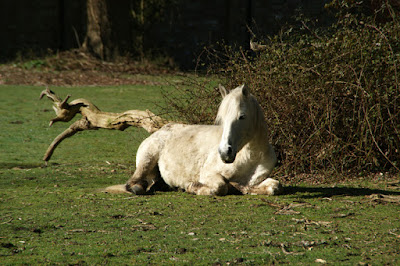 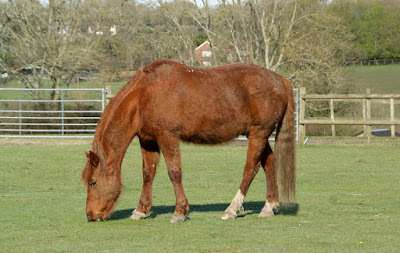 Theoden and Petra were both brushed for two hours yesterday, not that you can tell save for their lovely tails. 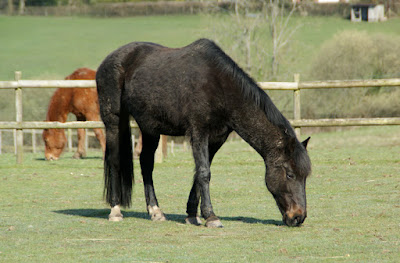 Henrietta's might be sparse but it has now been combed through and trimmed. I love the fact that her dorsal stripe goes half way down it. 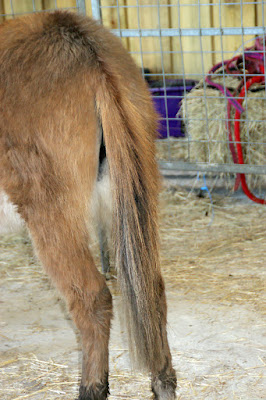 Jack highlighted how horses can become transfixed by their primary thought. Having seen the others have their hay in the top paddock, it took him a good 20 minutes to work out that he would need to go down one side to come back up the other. He thought staring at me might just work instead. 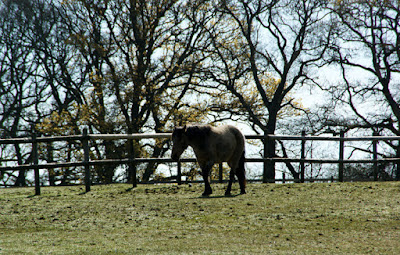 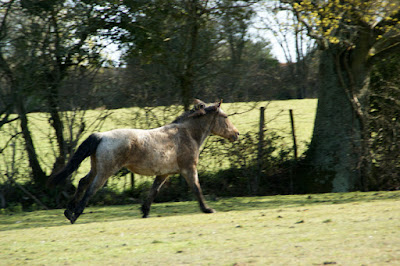 Our first client today was an Arabian called Paragon. He's certainly a well-named horse as he was so well mannered. Just as I was beginning to think that I would have to insist on every loading horse having a groundwork session first, he reminded me that it isn't always necessary. 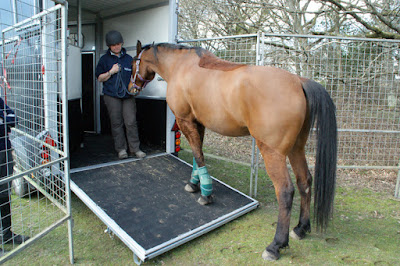 His owner told me how he has gradually become resistant to loading in the trailer (hard front bar and bruising potentially?) but that the final straw came when someone slammed the ramp up behind him. Since then he has said an absolute no to going in the trailer with the partition in place. 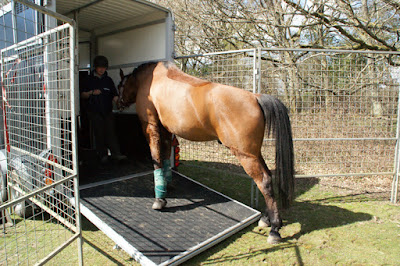 I worked with him very slowly and incrementally, full expecting him to explode at some stage as Arabs can do. However, he kept his sensible head on throughout and gave me the benefit of the doubt even when we were drawing the panels in more closely behind him. Until then his front legs were mobile but his back ones were planted. 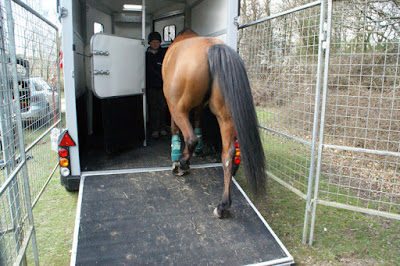 Once he had been persuaded to move his back legs he went in and out of the trailer a few times and stood calmly. Having loaded and unloaded him in this way ten times, he began to volunteer to come on and was of course rewarded with clickered treats throughout. 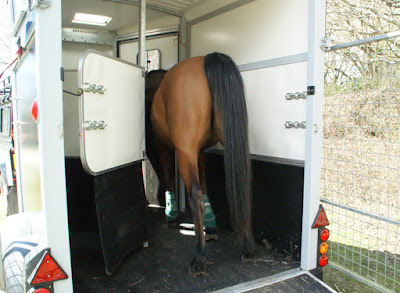 We left the session at this point and we should be working with him again next week.


"I was so encouraged by your progress with Parry today. Thank you." CO'S 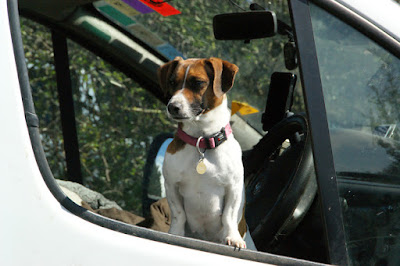 This delightful dog belongs to Taff the farrier. I had been asked to attend at the same time in case Jack, the Cob x New Forest pony, was awkward with him. In the event Jack was so good, taking just 5 minutes to trim, that we quickly had to think of some other things to do. 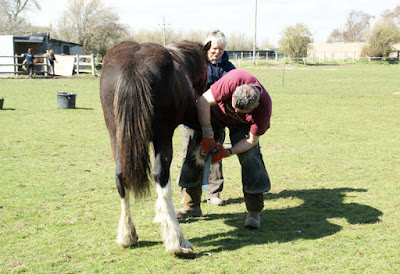 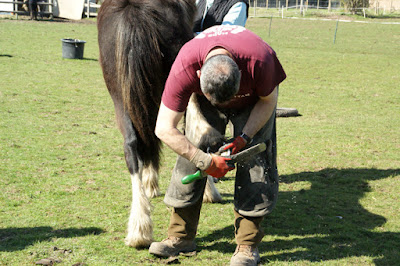 We did some straightforward groundwork looking in particular at standing still and matching the handler's pace. 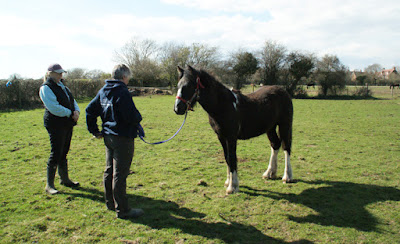 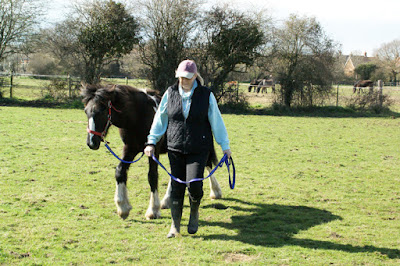 We also took the opportunity for some 'loading' practice with him into a solid container. Jack wasn't worried about going forwards but did hesitate to go backwards. However, it wasn't long at all before he had got the hang of that too. 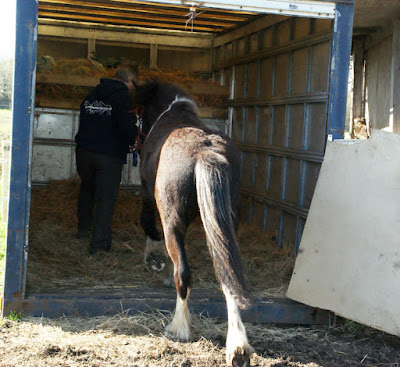 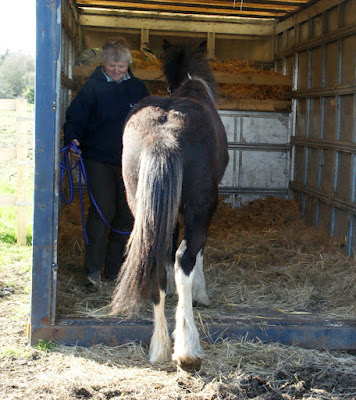 Came home to find the Common full of ponies making the most of the evening sunshine with black clouds looming behind. 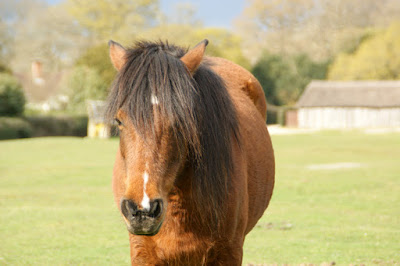