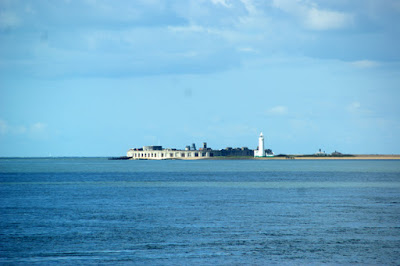 More seawater today but this time a ferry trip to the Isle of Wight. We took the picturesque military road round the coast to Niton where our first call was to Jo and Durante. 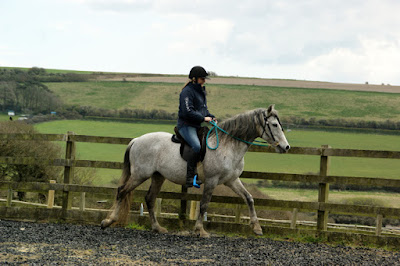 Durante is doing really well in his new home and has filled out and grown in confidence since he arrived a year ago. However he will no longer stand still at the mounting block. As a result, Jo has been forced to mount from the ground, pulling on his back, and when Durante moves around she finds it difficult to land lightly in the saddle. We needed to reverse this spiral.

Having checked that Durante had no obvious soreness in his back and been told that his saddle was checked just yesterday, I  began to work with him using some clickered rewards. 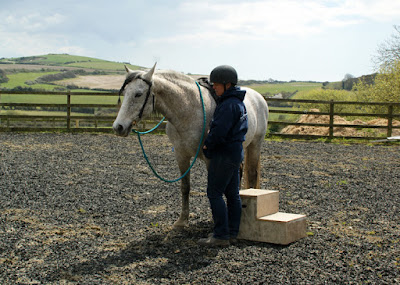 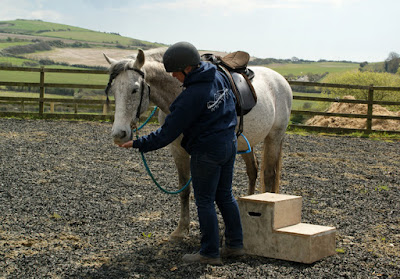 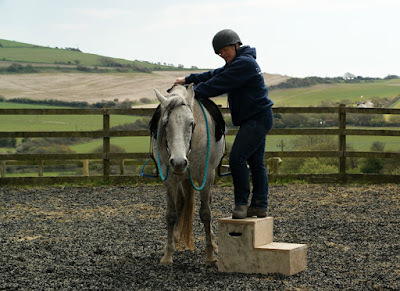 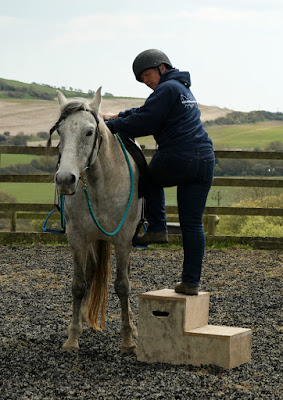 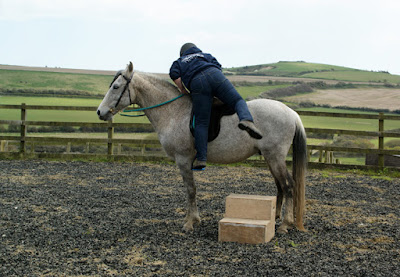 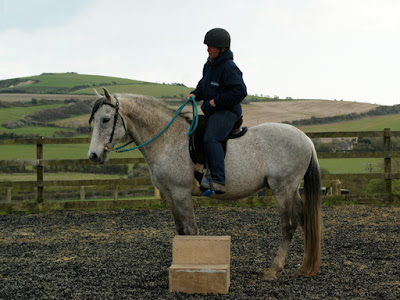 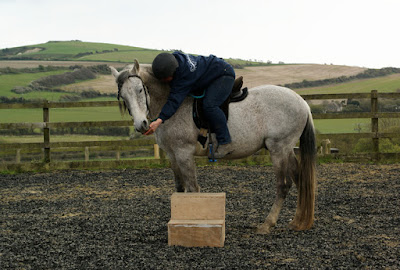 Soon Durante was standing still while the mounting block was placed next to him, while the rider stood on top of it, when the reins were picked up (but not pulled), for the rider to put a foot in the stirrup and for the rider to get on. That amounted to six single clicks with no treat in series, and then three clicks all together with a treat. To a brain like Durante's,  half Arab and half Lusitano this really made sense. It was then a matter of teaching Jo the same routine. It's not all that easy to remember to give a cue to stand, to use regular and we'll timed  clicks and to indicate which side his on board treat is coming from but we got there. They key was to ask Jo to 'teach' me how to do it and then it all became logical. I  am looking forward to receiving a horse report from Jo rather than the usual one to her!

"...what productive session, and really great fun, thank you so much." JM 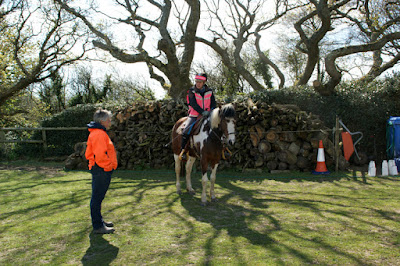 Next stop was Debbie and Dillon.  Like a lot of people, Debbie's winter riding has been scuppered by lack of light, and revolting weather. She wanted me to be there when she got on him again for the first time this year. It's a sign of their confidence and trust that this happened with no sign of anxiety from either of them. 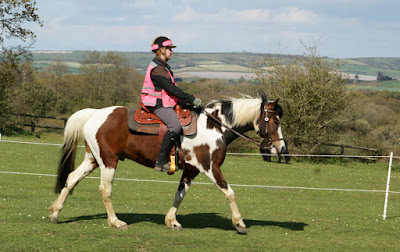 We worked on asking Dillon to go forward without the handbrake on, a product of resentment about schooling. 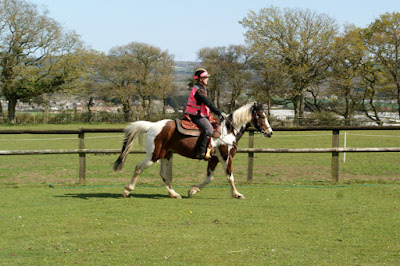 We tried frequent changes of pace, direction and task, even trying some gymkhana games but the biggest break through came when Debbie simply stopped using her legs. 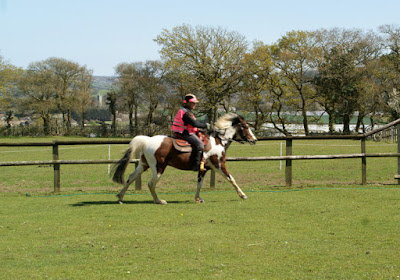 This was another reminder that whilst some trainers believe that all cues should come from the hands, and other trainers from the legs, if one is not working then think about trying the other. 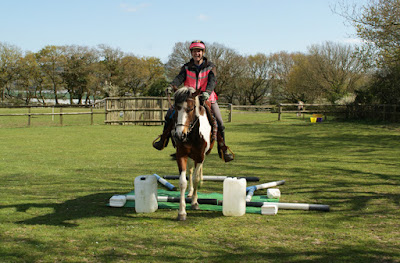