Following my own guidance I thought I ought to check whether Bear would tolerate me grooming him while he ate his lunch. If you look carefully you can see he has swished his tail but that was his only protest. 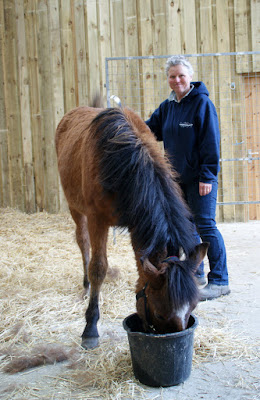 He is fine about being tied up now, something we practice regularly... 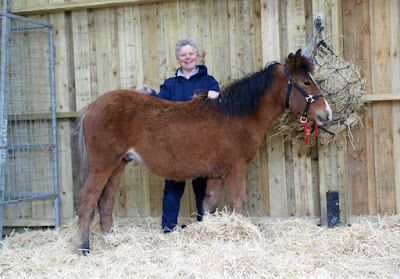 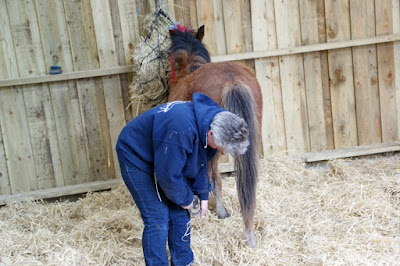 Once his family turned up I got them involved and this is Bailey asking him to follow him around the pen... 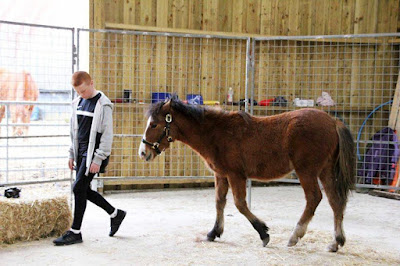 and outside over the bridge. 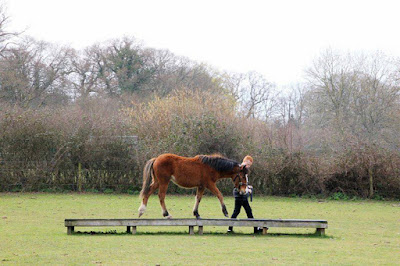 It's hard not to smile in the company of this pony who is as cuddly as a Bear should be. 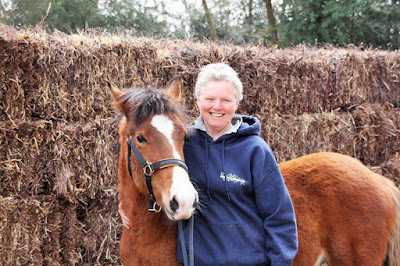 Today we ventured out of the far end of the inclosure and on to open Forest again. I took the precaution of using a clipless lead rein (otherwise known as a rope!) but at no time did he put any pressure on it. 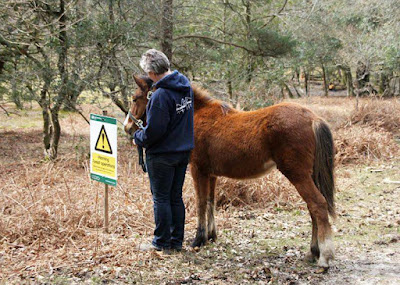 It's good to see some brightly coloured things when your life mainly comprises green, brown and a vague sky blue. 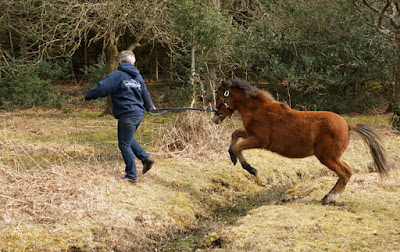 I didn't mean for him to take such a flying leap over the stream but he was willing to follow me anywhere... 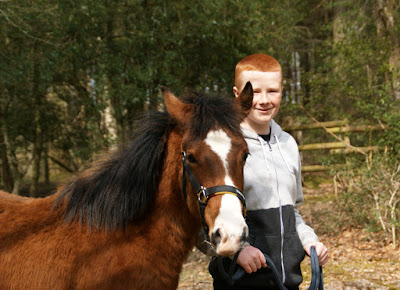 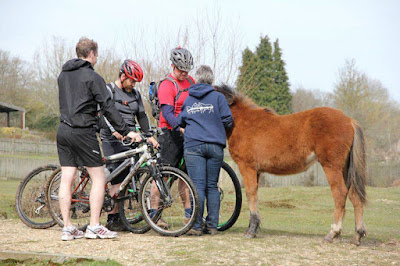 I find a pretty pony is a really good man babe magnet sometimes. Not only did I get them to introduce Bear to bikes but I was able to get in some propaganda about going slow and saying hello when they meet a horse out riding. 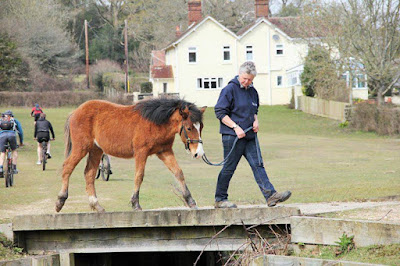 Then we played three billy goats gruff over the bridge and walked through the stream. Like a lot of former semi-feral ponies he loved drinking the natural forest water. 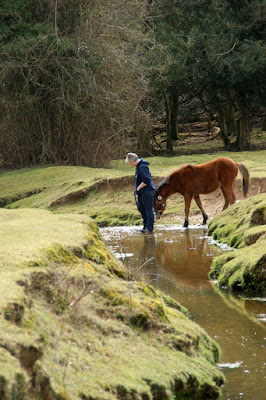 I was very impressed with today's photos which were taken by Olivia and Bailey Watts. You can really see the texture of Henrietta's coat in this one. 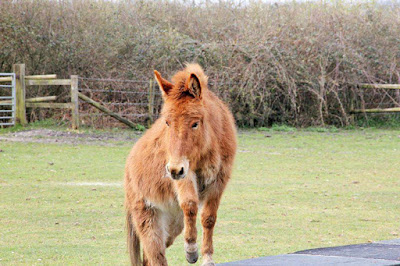 Henry likes to be on an equal footing with Jack. 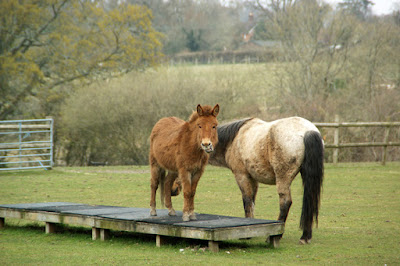 and to do her giant spider impression by joining Bear for eight legs on the bridge. 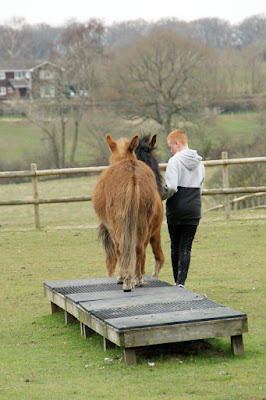