That should read padded bars but if it made you look, it's been worth it!

Early morning at the fields and the horses are all waiting for their hay. 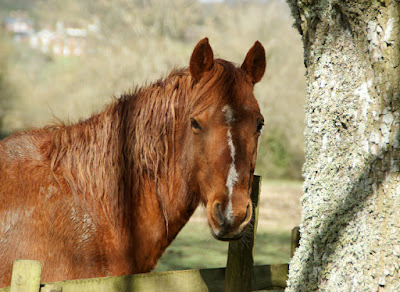 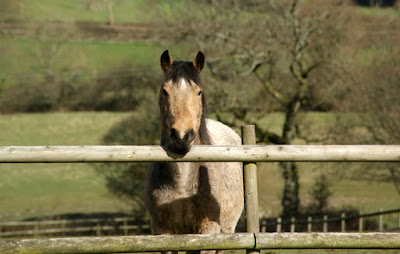 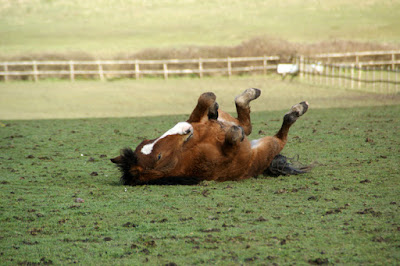 Three loading jobs today, none of them the usual pre-season rush. The first, a Dales Horse (he's over height) called Felix who has spent his life happily popping in and out of horseboxes to go hunting. Since his owners have down-sized to a single trailer he has said he would prefer not to. I have to admit that I am not a great fan of single trailers and think that the size alone can put horses off. They are in fact wider than one horse section of a double trailer but can feel more enclosed. However, I don't think that has been Felix's problem.

The very first time his owners asked him to load into the trailer he walked straight in and it was only on their second excursion that he went on strike. It appeared that when he was naive about the trailer he didn't have a problem but once he had travelled in it he did.

Today he volunteered to load fairly quickly and was doing so evenly until we put up the front 'breast' bar and that point he was much more hesitant. He got better as the session continued and ended it walking in and out very calmly. 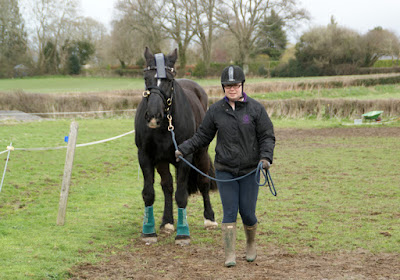 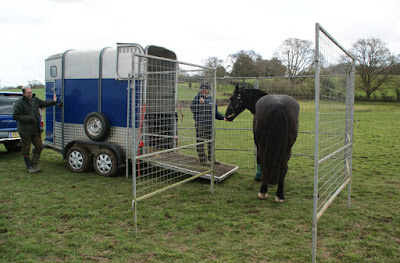 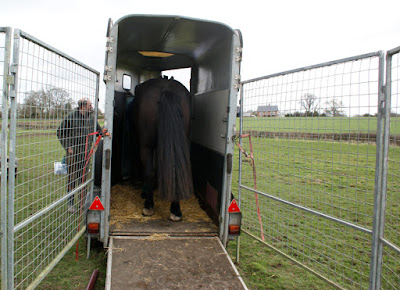 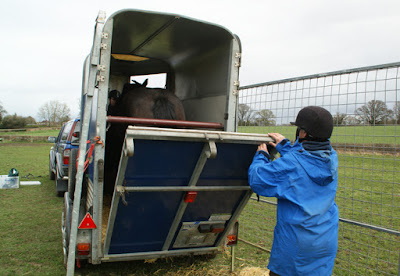 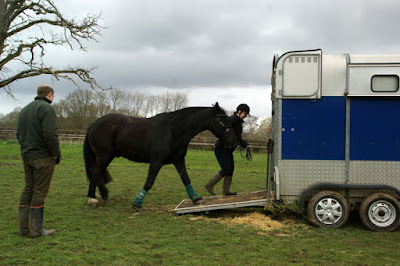 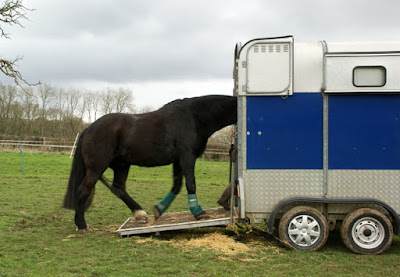 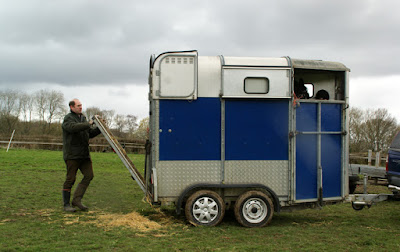 "Thank you very much for your help today! I cant believe was a different your techniques made to Felix. I will do a lot more ground work from now to improve his manners. Can not recommend Sarah enough for loading issues.cant wait to get out and about now." SG

I strongly suspect that a lot of horses don't like the breast bars and partitions in their horse transport, especially in front-facing trailers. Every time the driver brakes or changes gear the horse is at risk of an impact against the hard narrow breast bar and to bruising and discomfort. Owners can help to make their horse more comfortable by putting padding around the bars and securing it very carefully.

My engineering husband, with his best HND head on, calculates that a 500kg horse travelling in a trailer that brakes at 40 mph over a distance of 100 foot (>30 metres) would hit the breast bar with a force of 500lbs. That would hurt. (If anyone can do that entirely in metric or in imperial I shall be most impressed - his HND is 25 years old).

My second loader was another stunning horse, Danny, a 6 year old Irish Cob. His new owner doesn't know whether he has loaded into a trailer before and so we treated him as a new loader and started from the very beginning with some groundwork. 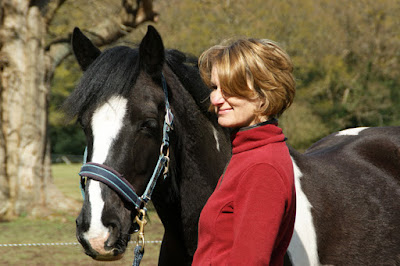 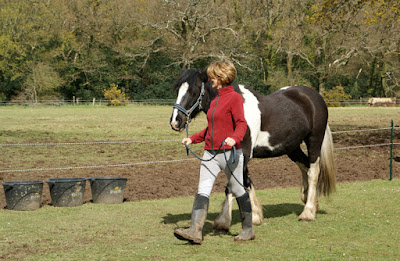 Danny was super to work with away from the trailer, light, responsive and attentive. Once we got to the trailer he was more reluctant which made me think that perhaps someone had tried to load him before and he had learned to plant his feet. 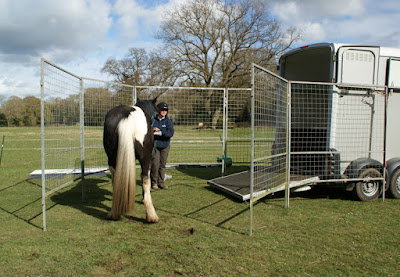 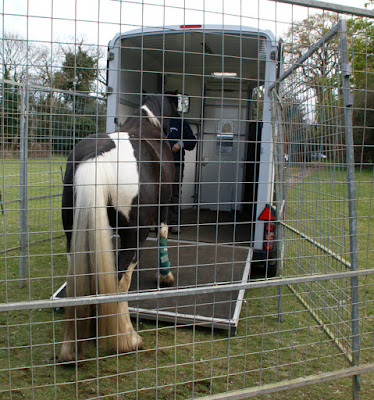 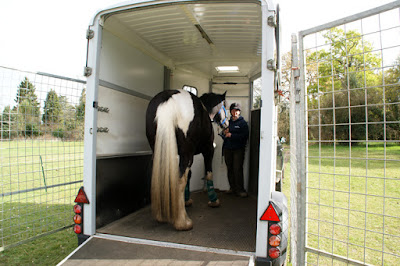 With the panels in place and enclosing him, I worked on asking him to enter the trailer without any of the partitions and bars inside and used clickered rewards to thank him for any forward steps. By the end of the session he had gone in three times in succession without needing to close the panels.


"Thank you for your time yesterday and it was great to meet you. I am really pleased with the progress made with my heavenly Danny!  He really is a super pony and I am looking forward to many happy times with him." AD

Dexey, who is 23 this year looks amazing. She had the opposite reaction to loading, racing in of her own volition and then racing out backwards again. She used to travel very well in a trailer until someone pulled out suddenly in front of the car towing the trailer causing her to scrabble and almost fall. The same thing happened again just a few moment afterwards. Since then she has worried about travelling and her owner has been travelling her with full width breast and breech bars so that she has more room to balance herself. I am in some difficulties advising clients as to whether it is actually legal to travel a horse without a partition given that it has to mean that the 'load' is less secure. The fact that Ifor Williams make full width bars would suggest that they think it is but, so far, no one has been able to give me a definitive answer and I know that the Fire and Rescue Team are not keen. In any event it has been a little while since Dexey had been asked to load at all and I was tasked with asking her to do so calmly and to stay on board. 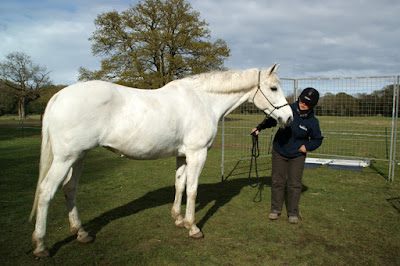 With the panels open very wide in her case, I worked on asking her to stay in the trailer for longer on each occasion and then to back out on my request rather than of her own accord. Clickered rewards helped with this. 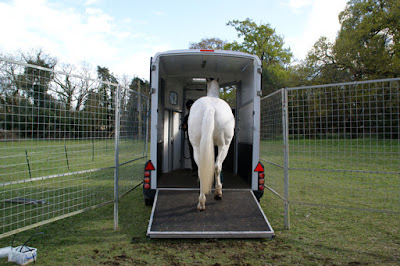 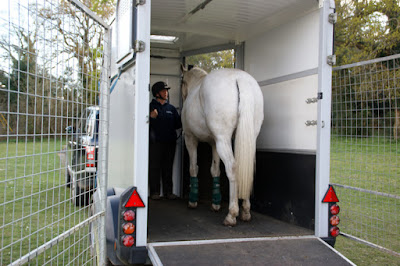 We ended the session with a much calmer horse.


"Thank you so very much for yesterday and lovely to see you again. Your work with Danny and Dexey was, as usual amazing and we were very privileged to see our beautiful ponies learning how to approach the tasks requested in such a calm and reassuring way." TW