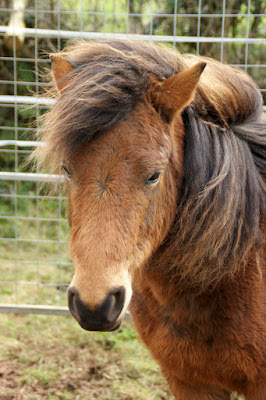 Tracey and I crossed two county lines and had a very early start to get to our appointment today. Our client, Erica, can count her Dartmoor Hill Ponies on the fingers of one hand but only just. All of them came directly from the Moor and from the same herd although they vary in age. They may all have the same coloured coat, and resemble a batch of cookies, but all of them have their own distinct character. 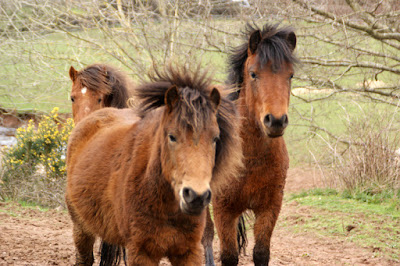 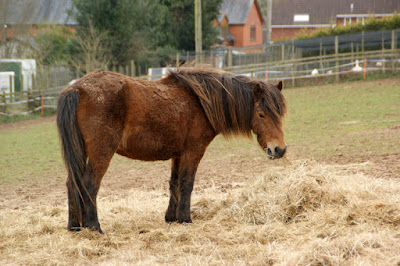 We worked with three of them today starting with the most handled, Jack. He last had a headcollar on a year ago and has gone through the handling training at the Dartmoor Pony Centre which I helped to set up a few years ago. It is testament to that training that he quickly remembered and accepted the incremental stages of that 'process' which largely follows the techniques in my book, No Fear, No Force. 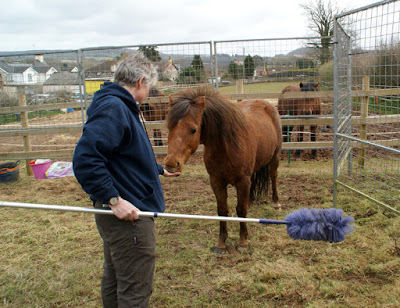 As well as a massive brand which takes up most of the right hand side of his body, Jack sports an ear tag which thankfully has now been made illegal as a form of identification for equines. 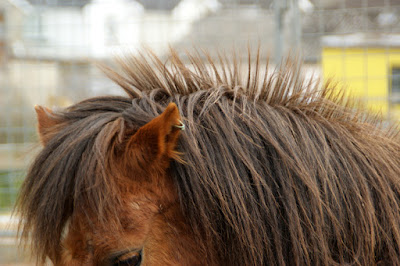 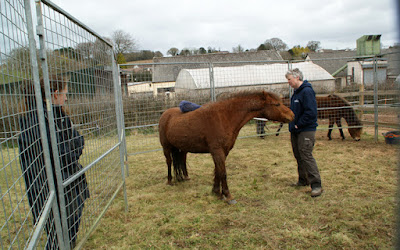 Not really tired but fake yawning can be a good way of helping a pony to relax. 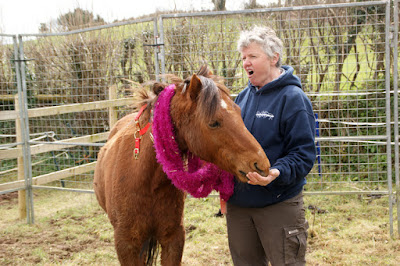 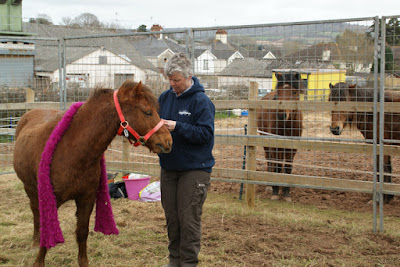 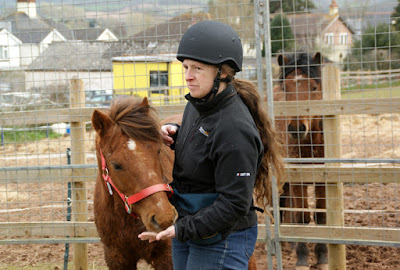 Bramble, age 3, had never had a head collar on but she will allow human touch at least at the front of her body. Once again she accepted each of the stages of the training pretty readily and was soon having her headcollar on and off. 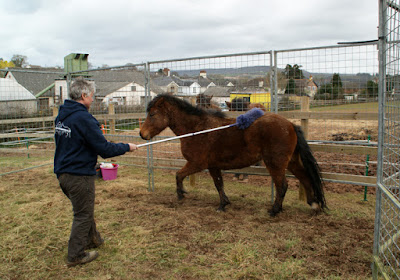 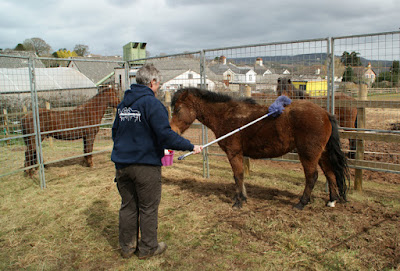 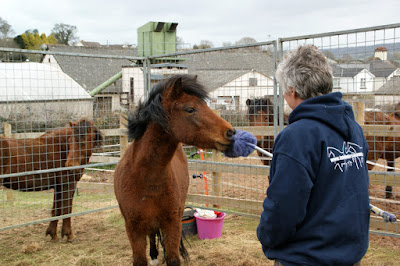 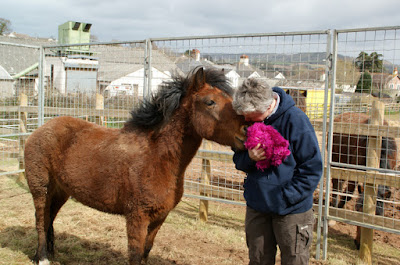 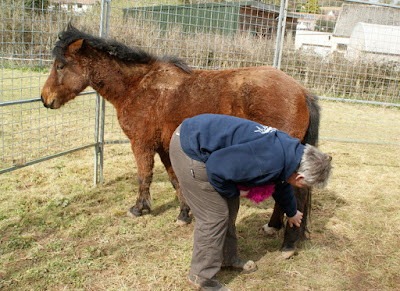 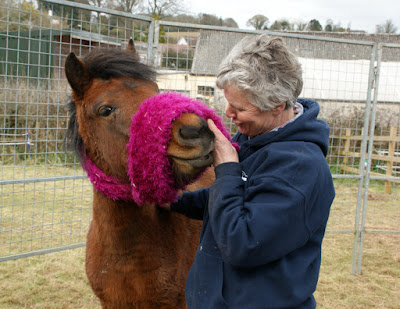 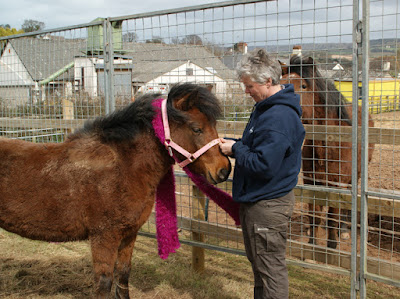 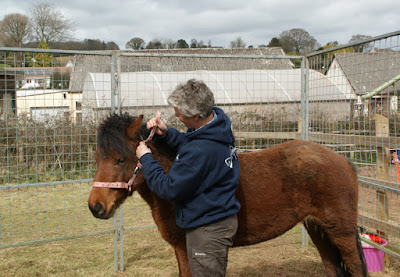 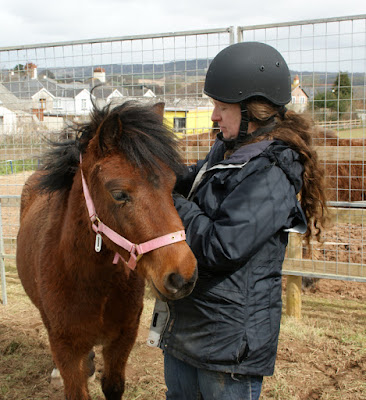 The least handled was Cherry, aged four, who worked with in the limited time available at the end of the day. Now that Erica has had another chance herself to run through the techniques that she learned on the DPTC course, I am confident that she will be able to continue with the progress that we made today and to make a start on our audience, Luna  and Megan, seen here in the background. 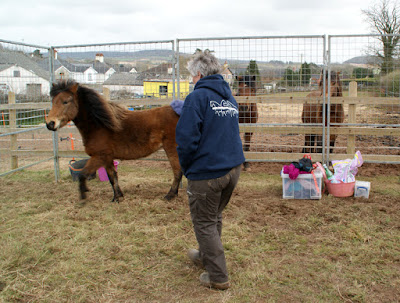 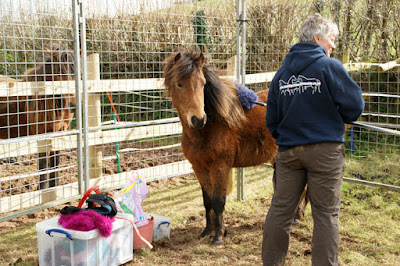 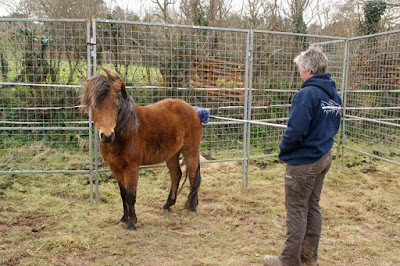 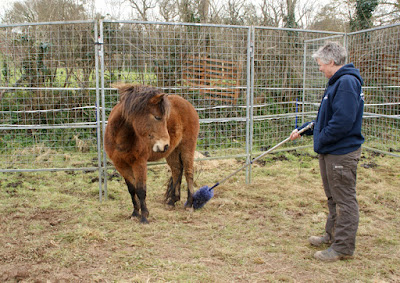 By the end of the session Erica was working on first touch with a hand and also introducing the scarf that will eventually be used as a first headcollar. 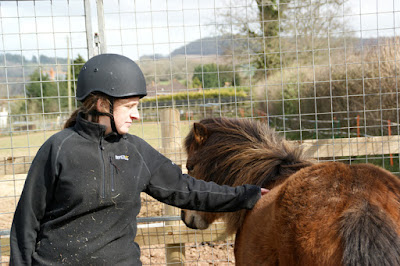 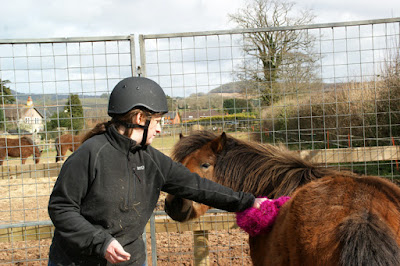 Bramble and Jack having a little rest after their session... 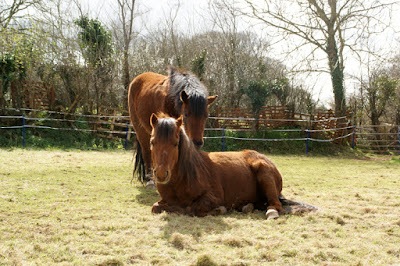 In no time at all we seemed to be on the road home again - a long but extremely rewarding day.


"Today when I went to see the ponies, I had a real sensation of being pleased to see them all rather than turning up & thinking, ‘I wonder what silliness they can get up to today’." EE