Today was Bear's last official session with me although we need to load him to go home on Sunday. A few days ago I came across this plea for help from his owner's daughter which had fallen into the 'other messages' trap on Facebook.

"I (am) in serious need of a miracle worker, can you help? I have an 8 month old colt named bear. He's possibly the most difficult pony I've ever come across. Since getting him in October last year we've had hardly any progress. He's terrified of his own shadow, people, head collars, lead ropes; EVERYTHING (after some training with another trainer) bear still had to be given a tube of sedation and trapped in a tiny paddock for her to successfully get a headcollar on him. Yesterday the vet came to castrate him - All she did was move her arm to stoke him and he completely flipped, galloping round the field into anything and anyone. My mum is at her whitts end and this morning made the decision to sell him. Obviously as you can imagine she is devastated about It, however I know that she doesn't want to sell him."

When I see how close Lou and Olivia were to giving up and then look at what an amazing transformation made within just days of his arrival I breathe a sigh of relief that they gave him another chance. He has repaid them a millionfold. 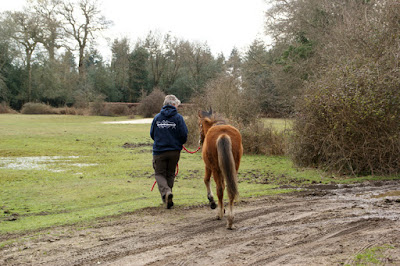 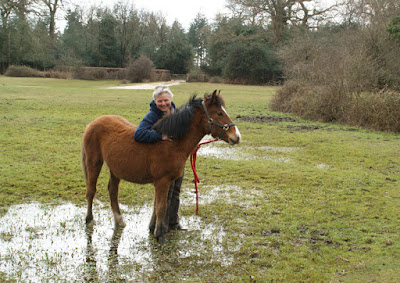 For my part I have had the joy of working with a splendid pony and his lovely owners. 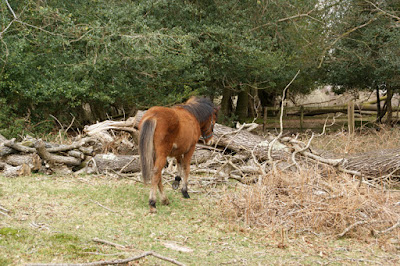 On today's walk I had no photographer so I either had to trust him to walk with me loose, which he did as long as he could investigate a few things... 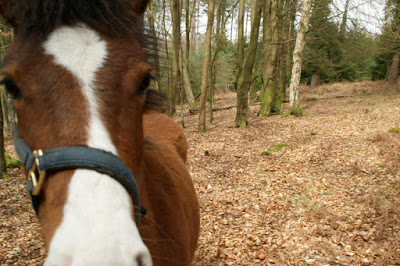 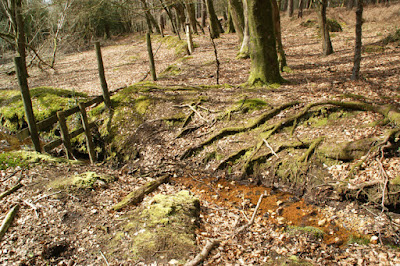