A busy day for a Sunday, first of all bringing the ponies in off the Forest so that we can avoid Nelly getting in foal before the stallions come back in. They were only a mile away but Juma needed four stops at the service station in order to fill up. Like his mother he works on the basis of 'if in doubt, eat' and so had to have a drink before we set off, when he was frightened by a motorbike, when we reached the water trough, and when we were clearly going a v-e-r-y l-o-n-g way. They will be in for the next eight days unless I hear that the two stallions have both met the earliest dead-line for going home. 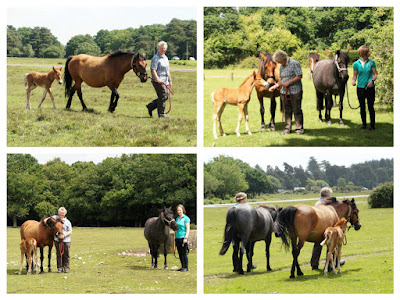 As I had the benefit of Melissa (Leo) and Lorraine's help we took Zoe and Zelda out for their first long-reining lesson on the Forest. Both were really good, unfazed by the reins, although Zoe did think she might need a few fuel stops of her own. 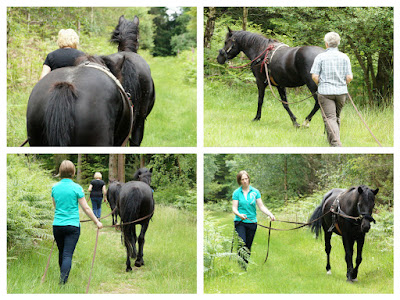 When it came to our own lunch, we made our weary way up to the Royal Oak, but rose as one with renewed energy having seen these turn up at the door... 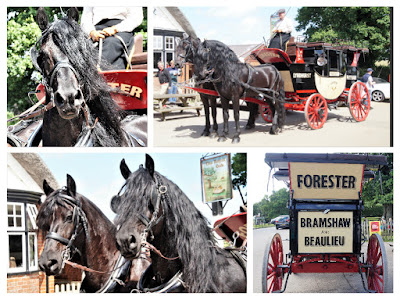 On the left as you look at them we have Bruce, an eight year old, and on the right, Mole, a stallion. There were so well behaved and frequently take people to their weddings, or their funerals, as well as tours of the Forest and picnic trips. New Forest Carriages
Posted by Loisaba Wildlife Conservancy at 6:34 PM