Although Jack has learned to stand and relax around the mounting block, he still had a few misgivings about being mounted. He improved again today but the most astounding breakthrough came when we tried him in the Western saddle. Instead of thinking of moving away, he started to move towards the mounting block, practically asking Suzzanne to get on board. 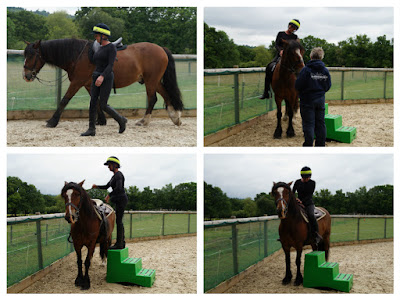 Email received 30th June: I have fantastic news to report I mounted and rode round the school got on and off 5 times and he lined up perfectly and stood quietly once on board, I managed to can some energy so all was relaxed. A massive thank you from the heart for all you have done for us not only overcoming the mounting issues which is unbelievable in such a short period of time but also our whole relationship is so much stronger. I am so looking forward to exploring the forest together and having lots of fun." ST

Today was the last day that I was officially working as a horse trainer although I already have an unofficial job to do tomorrow and over the weekend! Barney, the British Spotted Pony cross Dartmoor Hill Pony has developed a phobia about dangly things, having taken fright at a fly mask. Subsequently he picked up a headcollar with his teeth and took fright when it apparently followed him, attacking it with his front feet! Since then he has been worried about being caught.  I've started working with him with clicker training and had made a good start before he tired of the feed mix we were using. I am going back tomorrow. 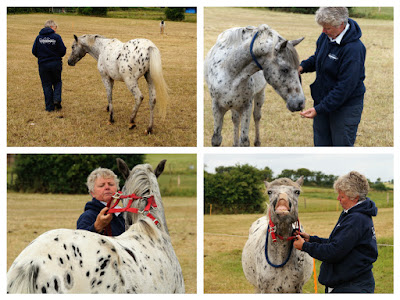 Juma and his mother were up by the road again... 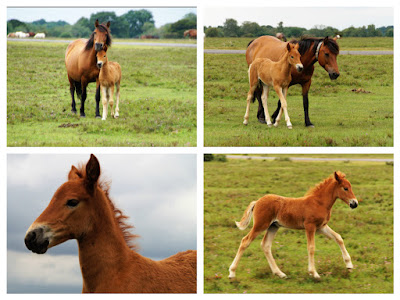 He came up close so that I was able to put my hand on his nose. I'm deliberately not trying to fuss him, I don't want him to be too friendly at this age. 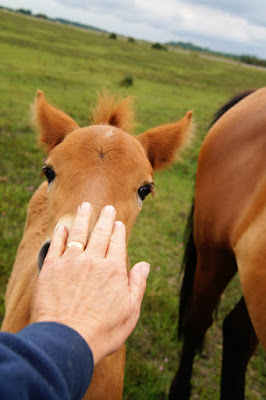 Meanwhile, Karen is continuing to make brilliant progress with Moon and is now able to sit on a chair rather than lying on the floor whilst offering clickered rewards. 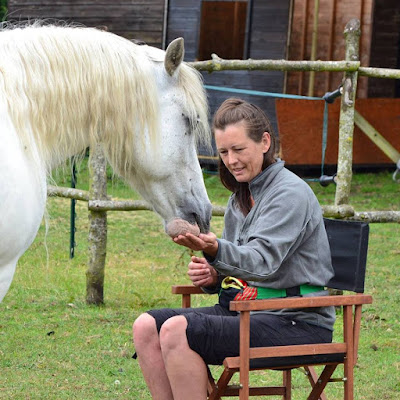