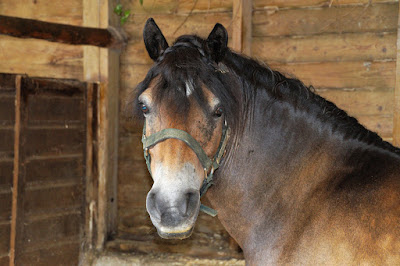 All the way to Horsham today to work with Bryn and new horse, Rocky. I first worked with Bryn when he was a foal freshly rounded up off Exmoor. He's the one with a white star that would have failed his inspection and therefore been ineligible for registration with the Exmoor Pony Society. Even so he had been branded - once on his shoulder and once on his bottom. He'd also had a headcollar jammed on his head and he was determined no-one was ever going to get near him again. Twelve years down the line and today he excelled himself at horse agility. 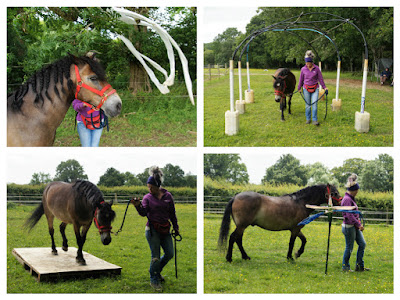 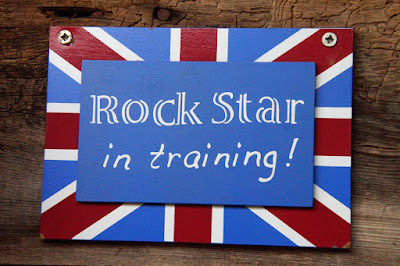 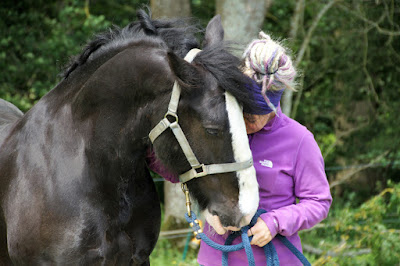 Rock star, Rocky, is worth his weight in gold. At nine years old he is very calm and nothing today fazed him. He could compete at Horse Agility or LeTrec. Rachael baggied him when she saw him being ridden out locally and asked that she be notified if he ever came up for sale. He's a real asset. 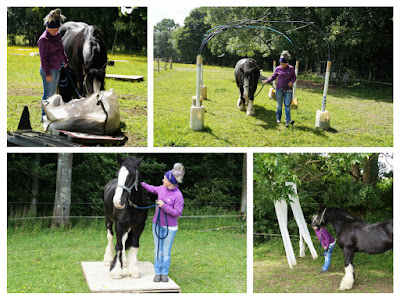 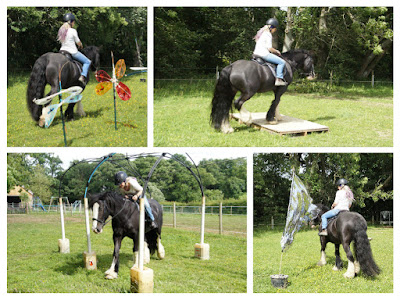 Horse agility, I have summised, is a hobby mainly comprised of saying, "I'll have that!" as something colourful and novel heads for the skip. Rachael had persuaded children at the local school to make insects which were attached to electric fencing stakes. They even had proper eyes. 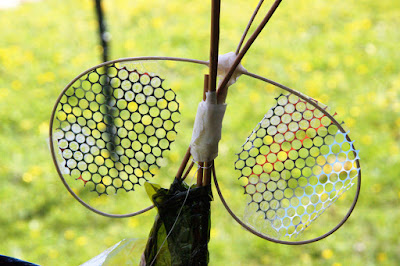 Work today was supervised by the cat! 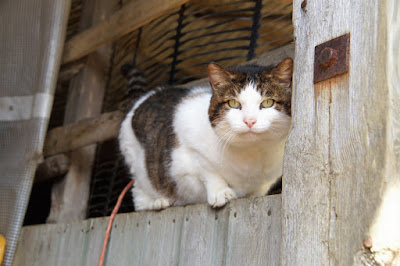 Just time on the way home to check that Juma was the right way up... 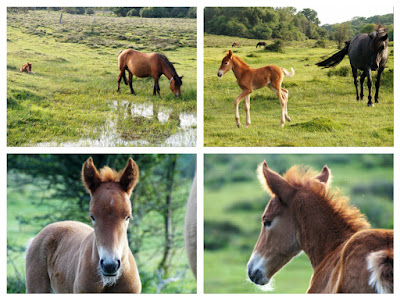