I have to confess I have been hesitant to share my loading notes, not because I am not sure about the techniques they describe, but because I would only want them to be used to ask a horse to engage with loading training and thereby become less frightened of being inside. I am deeply concerned that a horse can be forced to load and then travelled immediately without ever being given the opportunity to become mentally comfortable about being contained. I don't want a horse to load merely because he is more frightened of the techniques being used against him than he is frightened of loading/travelling. My whole ethos has always been about showing a horse there is no need to be frightened and I would always avoid 'loading and going' unless there is a real emergency.

I have grave concerns about the layout and design of many forms of horse transport and it worries me that it is always the horse that is blamed for not wanting to load or for travelling badly. Poor ventilation, high noise levels, flickering light, and bars and partitions that not only force a horse to brace his body but prevent him from standing as he would choose to do.

I was terribly disappointed when the original BARTA/IH survey and report wasn't taken up by many consumers, manufacturers and conversion companies in order to improve vehicles for horses. Neither seemed to want to know. As a result accidents continue to happen because people are not informed of the problems - most recently a horse going over the bars of his trailer and then putting his head through the front window on which safety bars are not fitted as standard. 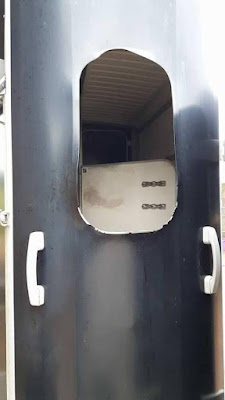 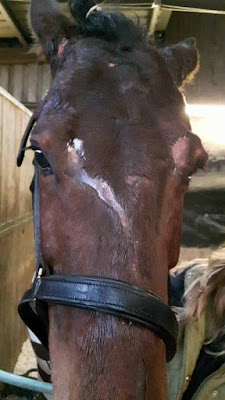 There is hope on the horizon. albeit distant. BARTA are now involved in a scientific research project which should be able to attract greater credibility than our merely anecdotal one. Moreover, the University of Massey, New Zealand, has acquired a trailer with load cells built into the floor which means that they will be able to measure the force, how the centre of gravity moves and how much energy a horse expends during transport. Gloriously the trailer can be reconfigured to change the orientation of the horse. Why aren't manufacturers and conversion companies taking the initiative instead of persuading people that their vehicles are 'safe' because they have emergency release systems (some of which are inside the vehicle!)
Posted by Loisaba Wildlife Conservancy at 7:25 PM